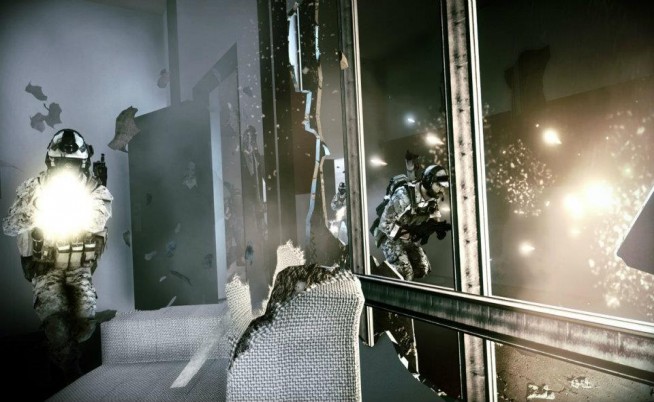 DICE: “We Can See The Need and Urge For More” Close Quarters Maps

DICE has been in the crosshairs of a number of upset fans lately. Why you ask? Reading the comment section of most articles pertaining to the upcoming Battlefield 3 DLC, Close Quarters, will tell you that there are those Battlefielders who aren’t too happy with the direction DICE is taking this time around. Tight, infantry-based combat, admittedly, isn’t what the Battlefield franchise has become all that known for and there are those that will express feelings of betrayal.

But as it turns out, DICE expected this from the beginning. It also turns out that things aren’t quite what they seem. Comments and forums would have you believe that this close quarters, team deathmatch-based gameplay is an unwelcome addition to the franchise when according to DICE’s stats, there actually is “the need and the urge for more of these maps.”

Karl Magnus Troedsson, DICE General Manager, recently told games.on.net, “well there’s going to be people that like it and people that don’t like it. We know that.” He added that “the Battlefield experience is so wide these days that if we do something over here then the people over there don’t like it, thanks just the sheer variety of the system we’ve created.” DICE knows fully well that “there’s always two sides to the story here.” Troedsson stressed, “so we are trying to embrace this fact because we want to do these thematic packs and that’s why we decided that pack number two, which is ‘Close Quarters’ will be something for that end of the spectrum, that people who like to play like this.” He would also like fans to keep in mind, “on the other hand the pack coming out after that, ‘Armored Kill‘ will be something for the other side of the spectrum, which is for the people who love vehicles and all of that. We’d rather do something like that instead of trying to get everything into every pack because we are just going to fail at that.”

Similarily, DICE Executive Producer Batrick Bach told Vox Games, “I’m sure that fans will raise an eyebrow or two when they see this pack, because it’s not what people expect when they hear Battlefield.” However, what some fans may not know is that “playing Team Deathmatch, in Battlefield, on our tight infantry maps that we had in the vanilla Battlefield 3, they are really, really popular. We can see the need and the urge for more of these maps,” according to Bach.

Speaking with Aus Gamers, Bach mentioned, “we actually saw people playing — in Battlefield 3 — the really tight, close quarters maps that had in the original game. You know, like Operation Metro, you have all the tight sections, and people love that. It’s like ‘wow, that’s something we haven’t [fully] explored before’, you know, so what we did was we said ‘Okay so if we’re going to do this, let’s do it right, let’s put all the effort into creating these super close quarters maps’.”

Of course, there are those that will accuse DICE of having to resort to “copying” Call of Duty’s gameplay in order to be successful. To this, Lead Gameplay Designer Alan Kertz had this to say on Twitter: “Success is a variable target. There is clearly a group of Battlefield players who enjoy CQB, including us in the office.” Some will argue that DICE should focus on building more open maps, to which Kertz responds, “…there are clearly more open maps than CQB. We need to close that gap first, then build open maps.” He put it best when responding to those upset about map sizes: “Battlefield is more than the size of the maps, the vehicles, the team play, and kits. It’s a sum.”

As always, leave your thoughts in the comments below!