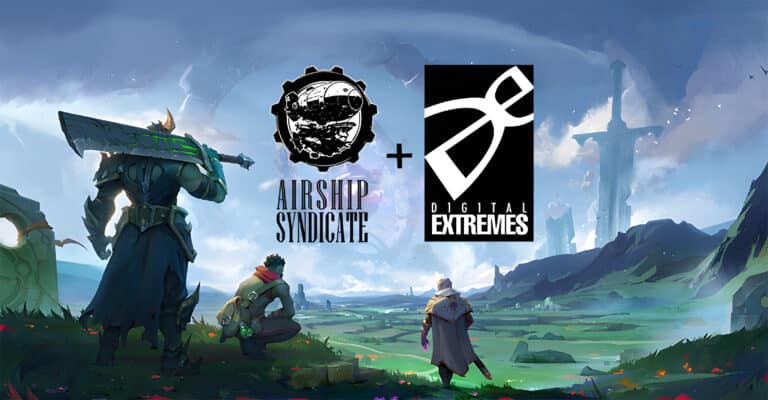 As part of TennoCon 2022, Digital Extremes not only unveiled a new IP in Soulframe, but the studio also announced that a new partnership with Airship Syndicate (Battle Chases, Darksiders Genesis).

While there’s no title for it just yet, the new propery will be a free-to-play (F2P) game, and will be character-based, and be playable from a third-person perspective!

Airship Syndicate embarks on a brand new adventure with the help of Digital Extremes! This new project is an online, character based, third-person action game set in a brand new, original world where adventure with friends is the name of the game.

Here are prepared statements by the both Digital Extremes and Airship Syndicate (sent via press release):

“I signed Darksiders at THQ and I’ve been trying to work with Joe and Ryan ever since, our reunion is a decade in the making and couldn’t be happier for Airship Syndicate and this opportunity for them to shine,” said Richard Browne, Head of External Projects at Digital Extremes.

The full reveal is slated to take place this December at The Game Awards 2022 show.

Warframe Down and Experiencing Issues This July 17, 2022 (Update)