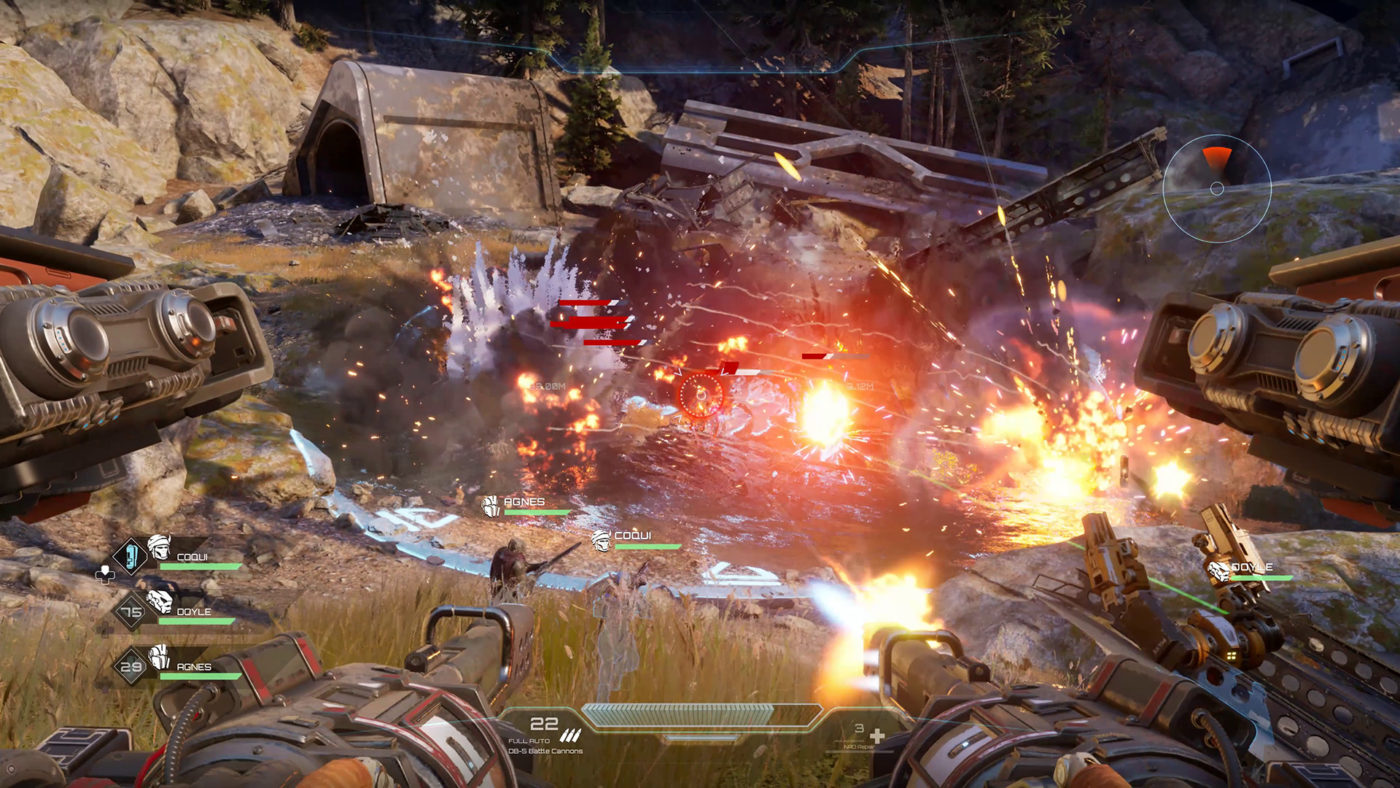 When I first started up Disintegration, I didn’t know what to expect. I had played some of the beta and enjoyed it, but it was a different idea to make a first-person shooter (FPS) and real-time strategy (RTS)  hybrid. Developer V1 Interactive is a small team, but I appreciate that the game is listed for slightly less than the average AAA game we are used to seeing. At some points, Disintegration is fun and mashes light RTS elements with great shooting mechanics that we should expect from a studio being lead by ex Bungie employee who helped create the Halo franchise, Marcus Lehto. The game comes with a lot of good ideas and is unique in the stagnant to change FPS-world, but it falls short of its potential with the lack of world-building, weak campaign, and sometimes dumb AI crew-mates.

The campaign takes place 150 years into the future. After countless wars, climate change, and food shortages, scientists have figured out how to transfer the human brain into a robot body (known as the “integration process”). Integration is supposed to a temporary solution to the world’s problems. Still, a militant group called the Rayonne (also known as “red eyes”) starts forcing all humans into robot bodies. If they refuse, they are killed. You play as Romer Shoal, a famous integrated Gravcycle pilot who has been captured by the Rayonne. After breaking out of a prison cell, you find yourself leading a group of outlaws fighting against the Rayonne, with the final goal of being able to go back to being human. The world-building takes a bit of a back seat for the characters and their personalities, which I did enjoy and different looks of each crewmate are also very well done.

The campaign has you going on missions with other outlaws as you ride the Gravecycle and command them from the sky. In between each mission, the game has you coming back to a base, or known as the mission hub. You run around in the third person and talk to different people that give you challenges and some back story about what each member of your crew was like before they integrated. I appreciated that talking to your crewmates gave you a bit more reason to feel for them. The hub worlds were pretty lifeless without anything to do besides grab the challenges and do some quick upgrading to your crew from the upgrade chips you can acquire throughout the campaign. 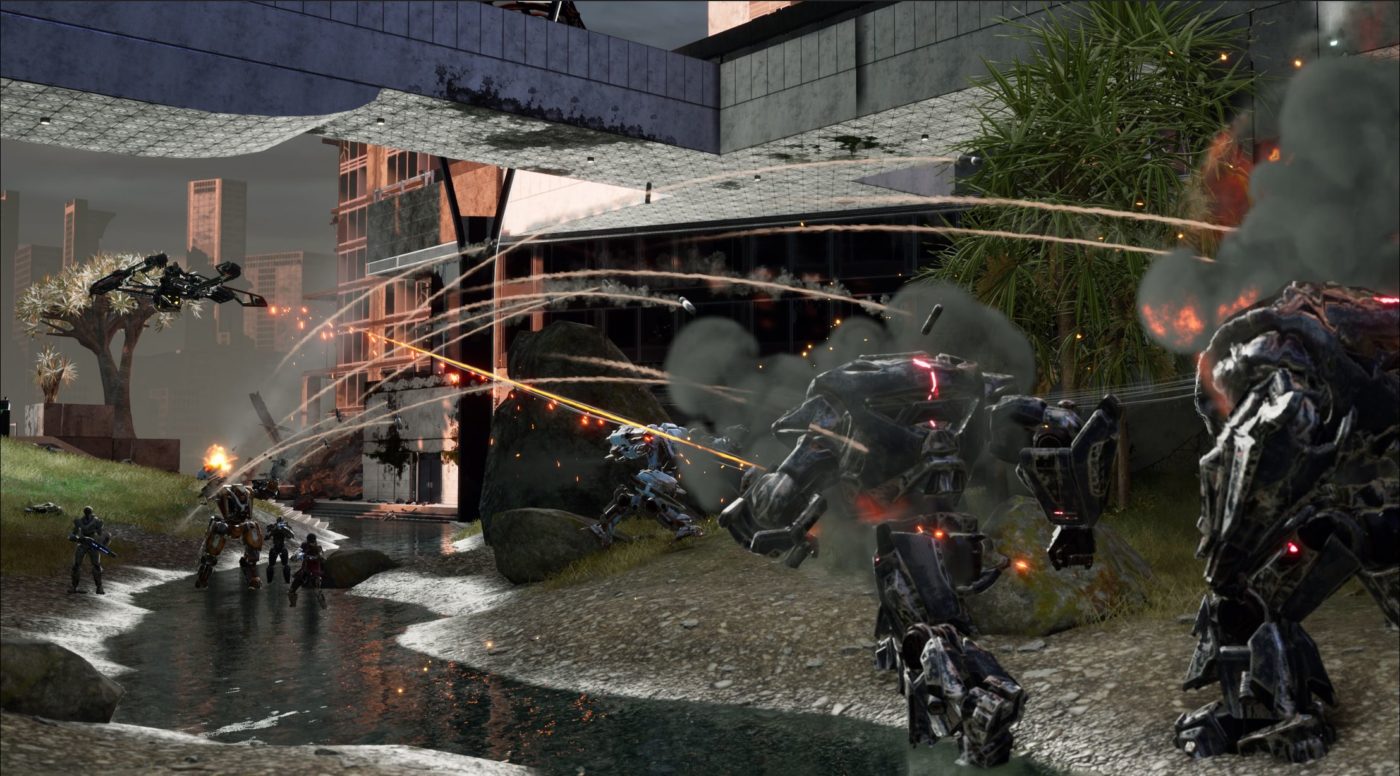 The missions are challenging, especially when the game starts introducing many different enemy types. Learning to combo crew abilities are going to be key to beating some of the harder enemies as you make your way through the campaign. The biggest issue comes with using basic commands to tell your crew what to do and the fact you can’t command crew members individually. You want them to take on different roles, but since you can only tell them to attack one enemy at once, you will see crew members with less health like a sniper, charge in alongside the more health-based class like a tank, which leads to regular deaths. Since you can respawn your crew within five seconds of them dying, there is no incentive to keep them alive because there were no consequences, other than their abilities resetting on cooldown when they spawned back in. Other annoyances became apparent early in the game that was out of my control, like mines that would consistently kill crewmates after being placed by the enemy. AI teammates do nothing to avoid them, as I would regularly turn away from my crew to shoot enemies. When I turned back towards them, they would all be dead because they followed me and would run directly through mines that I didn’t see.

Graphically, the game isn’t anything to write home about, so I was shocked when I would continue to see frame rate dips on my Xbox One X, especially when lots of enemies were on screen at once. The 15-20 hr campaign does its basic job of telling the typical underdog group fighting against the big baddies. Getting new weapons and upgrading your crew was enjoyable, and flying around on the Gravcycle felt responsive and fluid. Tons of different enemy types will see the players having to think about what crew abilities to use on what enemies to get the maximum amount of damage on the battlefield. I have to give kudos to the overlooked 9.9GB download size on Xbox, which nowadays is unheard of for a game with a decent size campaign and multiplayer. 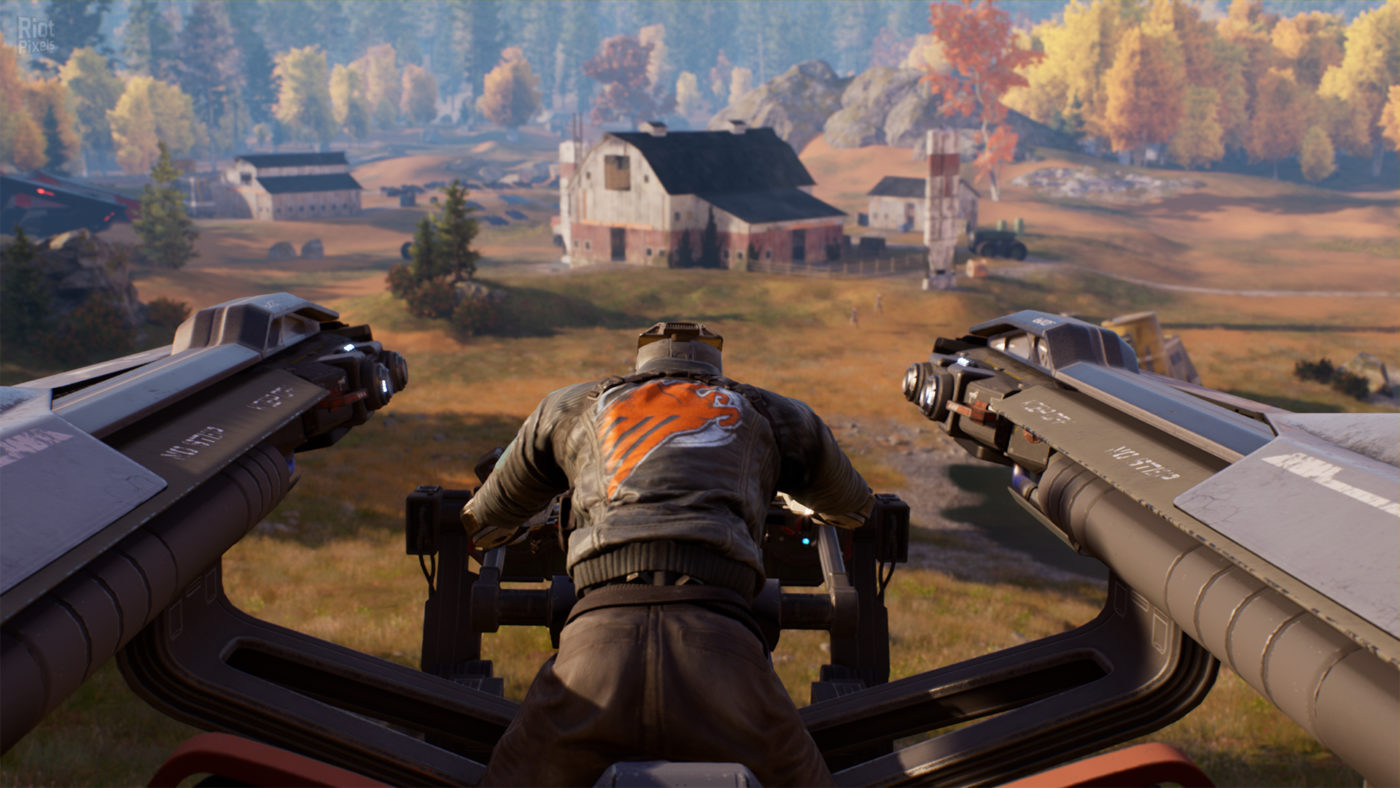 On the multiplayer side of Disintegration, it’s a pretty standard affair. There are nine different crews to choose from, all with their unique look and weapons that can be customized with badges, emotes, and banners by unlocking them with credits or challenges. Yes, there are microtransactions in the game, but they’re based on cosmetic-only items and nothing to do with gameplay and can be opened by actually playing the game. There are three different game modes to choose from, Zone Control, Collector, and Retrieval, with the latter two being compared to Call of Duty’s Domination and Kill Confirmed modes. Retrieval is an attack and defend mode with one side trying to stop a bomb from being planted and the other attempting to plant it in the enemy base. The matches were fun and hectic when getting into intense gunfights, where you are focused on shooting the enemy players and making sure that your crew members are targeting specific enemy crews to gain the upper hand in a fight. The multiplayer did get a bit stale after the six hours I played. Other than in-game challenges used to unlock rewards you can’t purchase with credits, there isn’t much to grind for in the long term.

A Disintegration review code provided by the publisher. Reviewed on the Xbox One. You can read MP1st’s review and scoring policy right here.