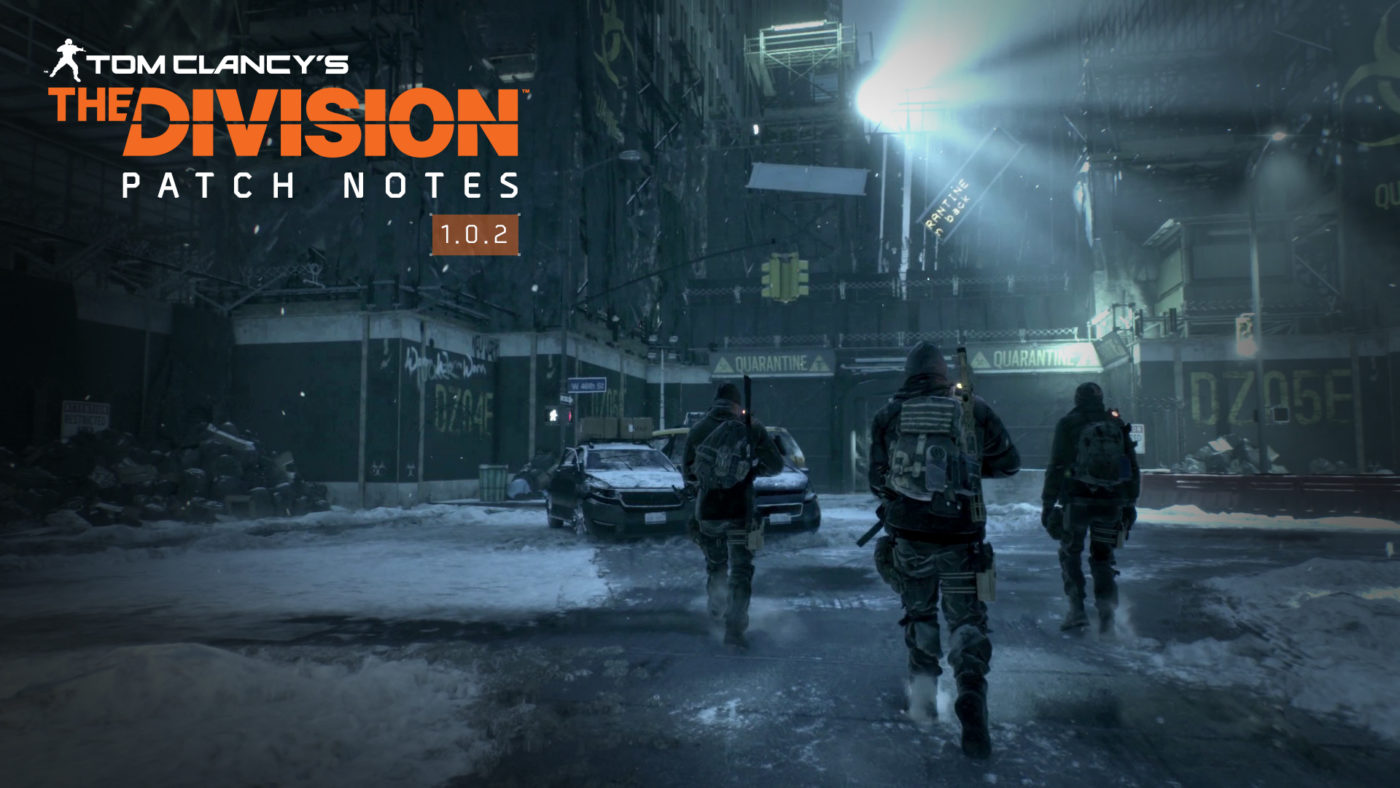 Two weeks after launch, the development team behind Tom Clancy’s: The Division is getting ready to release the game’s first big patch that aims address some of the bigger issues and fixes fans have been talking about.

The Dark Zone, for instance, is getting improvements as the update will give level 31 and 32 named enemies a higher chance of dropping better, high-end items. Meanwhile, punishment for dying as a rogue agent will no longer be so severe, providing a little more incentive to misbehave.

Maintenance starts overnight at 9am CET, 8 am UTC, 4am EDT, or 1am PDT, depending on your location. Here are the official patch notes:

While the servers are down for scheduled maintenance, players can also join in on Massive’s upcoming live stream where the studio will address the current state of the game. It starts at 1am PST / 4am EST.