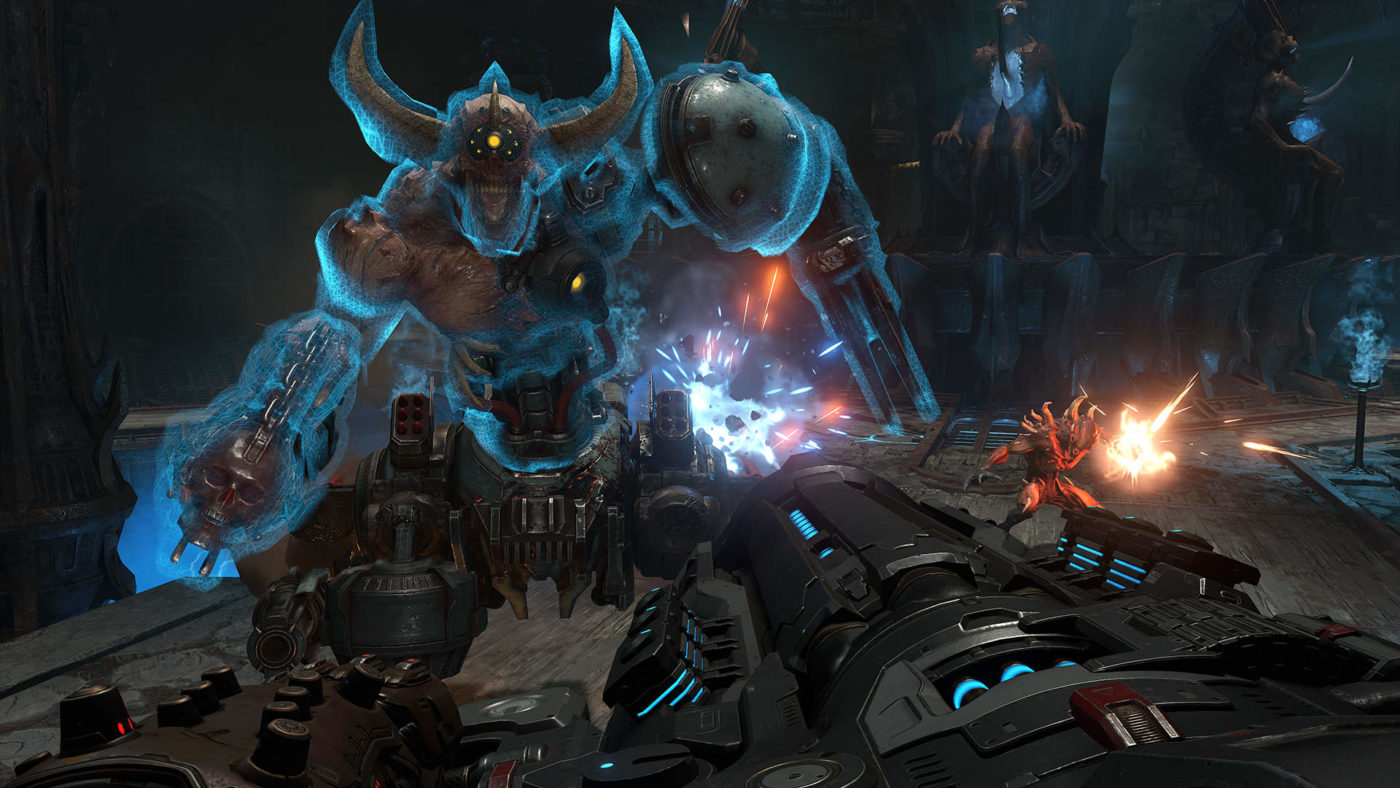 Last week we reported on news of Doom Eternal potentially featuring a Battle Pass system and boosters that we assumed would be purchasable. While details behind said battle pass and booster systems are still unknown, fans in the least will be happy to learn it’ll all be free.

In an email sent from Bethesda, the company’s representative confirmed that the game wouldn’t feature in-game store purchases.

“There’s no store In Doom Eternal. There’s no paid Battle Pass in the game either. You play the game, earn XP, and unlock cool cosmetics. That’s it.”

As for the boosters, in a follow-up email we sent, the Bethesda representative stated he couldn’t comment around the details as to what they were since they’ve yet to speak about them, though did confirm with us that there is nothing about them being tied to being paid for. We will be sure to update you all as this develops, and we do expect to hear from the studio very soon with how their free battle pass system will work.

On a personal note, this is certainly great news to hear. As much as people feel we shouldn’t praise studios and publishers for not including microtransactions, with how today’s market has been going and how it feels with these companies wanting to try and squeeze every ounce of money that they can, I don’t see much of a problem providing positive praise.