Bandai Namco is adding  another character to Dragon Ball FighterZ’s already impressive roster, and it’s none other than Android 17!

The Dragon Ball FighterZ Android 17 DLC was revealed in the latest issue of V-Jump magazine, and was confirmed to be available in “late September” for $4.99! Check out Android 17’s moves list as well as our first look via magazine scans below. 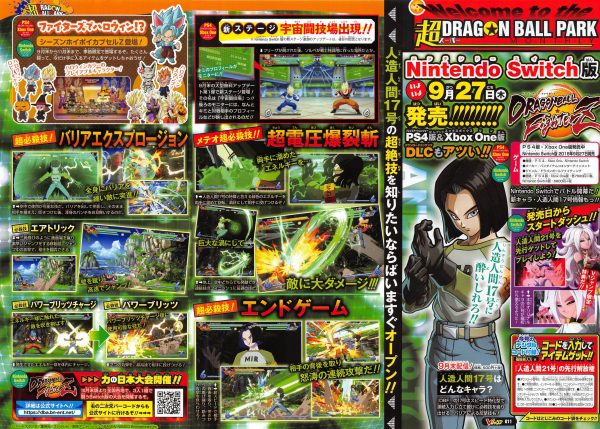 Additionally, a game update for Dragon Ball FighterZ will be released alongside Android 17’s debute which will include a new stage called “Space Arena” for the PS4 and Xbox One (presumably for PC too). Sorry, Nintendo Switch owners! The stage won’t be available on the same date, but sometime late. There’s also a Halloween event planned where seasonal Z Capsules will be distributed in late November which will feature Halloween outfit-themed lobby characters and stamps.

Check out the rest of our Dragon Ball FighterZ coverage right here.