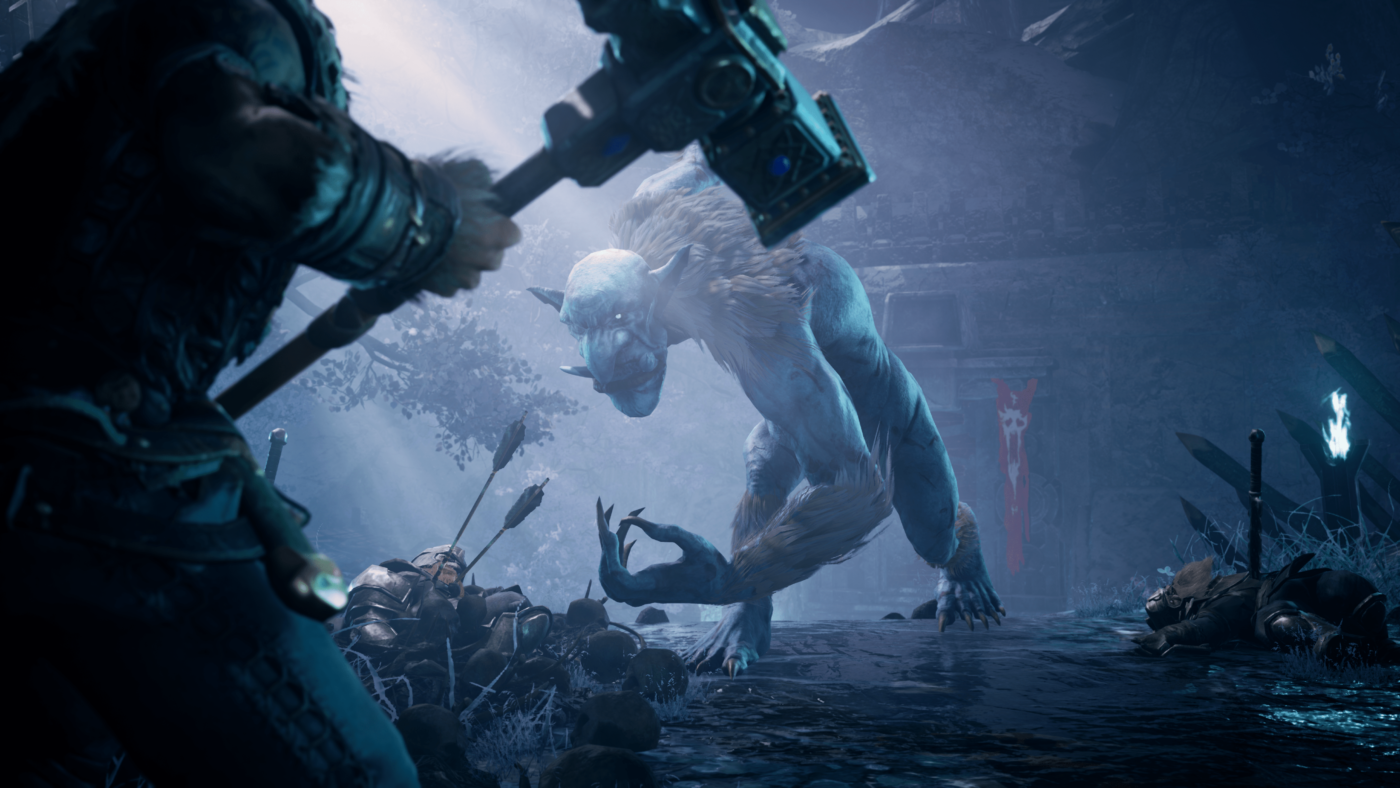 Wizards of the Coast has announced a new game in the Dungeons & Dragons universe titled “Dark Alliance,” and it’s due out this June 22 for the PS4, PS5, Xbox One, Xbox Series X|S, and PC.  Dark Alliance is an upcoming action-RPG that builds on the lore of the Forgotten Realms in the D&D universe.

Check out the announcement trailer which features our first look at gameplay:

Developed by Wizards Studio, Tuque Games, and set in the Forgotten Realms, the game features real-time combat and dynamic co-op gameplay, and pits the infamous Drizzt Do’Urden and his legendary companions – Catti-brie, Bruenor, and Wulfgar – against some of the most iconic monsters from the world of Dungeons & Dragons. Frost Giants, Beholders, and White Dragons roam the frozen tundra of Icewind Dale in search of the Crystal Shard— and it’s up to the companions to muster the strength to stop them from claiming and using it to destroy their home.

Priced at $39.99, pre-orders for Dark Aliance are live now on the game’s website and select retailers. The Steelbook edition costs $59.99 and includes the steelbook case a printed art book, a downloadable Dungeons & Dragons soundtrack, a Beholder and Lich weapon set, and the forthcoming expansion “Echoes of the Blood War.” Those who prefer to get their games via digital, the Digital Deluxe Edition is also available for $59.99 and includes the upcoming expansion “Echoes of the Blood War” and the Lich weapon set. All pre-orders – regardless of edition or platform – will receive an exclusive in-game Beholder weapon set at launch.

As for those who are thinking whether to get the game on current-gen or next-gen, a free upgrade is part of the package, so regardless of platform, you’ll be able to upgrade the game you bought within the same console family.