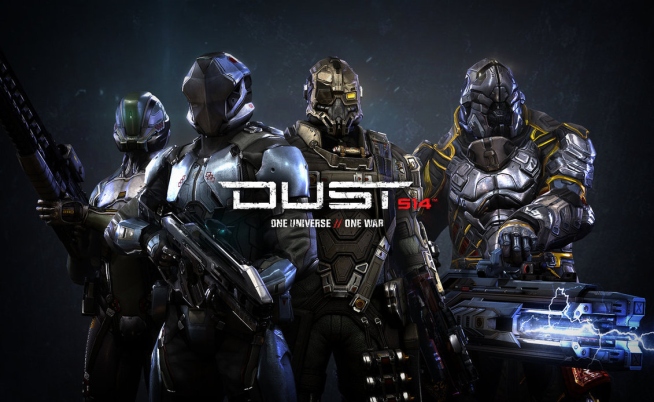 Besides running around and blowing stuff up, there’s a lot more to CCP’s Free-to-Play first-person shooter Dust 514 than what meets the eye, especially when it comes to the rewards of the battlefield.

The Playstation Blog details the economy of war in the latest Dust 514 update.

ISK is the primary currency in the EVE Universe and a necessity for fighting wars. You will earn ISK from each battle you fight. The size of the reward depends on your contribution and the cost of the battle. Those who contribute more are rewarded handsomely, but all mercs are guaranteed a solid income.

A portion of the reward pool for each battle depends on the value of items destroyed in the battle. If the battle saw countless vehicles and expensive prototype gear destroyed, everyone is in for bigger rewards. ISK rewards are calculated as follows for each participant:

Having a solid income is necessary, as you will be using the ISK you earn to buy upgrades, and to resupply any gear you lose during combat. Everything you take into battle in DUST 514 can get destroyed. Luckily, most items are in ready supply should you have the cash.

Joining a player-run corporation might make your life more comfortable and earn you reliable funding, but you will have to rely on your personal earnings until you find a corporation to take you in.

Aside from fattening up your wallet, every battle helps improve your clone through Skill Points. At the end of each battle, the war points you earned will be totaled and converted to SP. The better you perform, the higher the number of skill points you will receive.

Currently, skill points gained in battle have diminishing returns, meaning that if you play a lot in the course of a week, you will earn fewer points towards the end. These diminishing returns currently reset every at downtime on Tuesdays. This is temporary, and we are working on a more flexible iteration of the skill system that will not hinder dedicated players or be exploitable by players looking for easy SP.

Salvage is your final reward for battles fought. How you currently receive salvage is straightforward: Everyone who participates in a battle receives an equal opportunity to receive items from a single master loot table, regardless of their performance. This system is temporary, and serves as a stepping stone towards final implementation, which should prove far more robust and enjoyable.

Once complete, the full system will allow players to influence the quality and quantity of the salvage they receive. Play in a battle with more players and more destruction, and there will more to salvage, and victory earns you the lion’s share of the spoils. Equip modules that assist you in finding better salvage, and you will become much more likely to receive higher quality items, such as the rare Officer-tier weapons. Quality and type of salvage will also potentially differ based upon the planet you fight on, with rare gear most likely found on nullsec planets.

Dust 514 is a Free-to-Play FPS exclusively for the Playstation 3. Currently, the game is running in it’s Beta stage and is set to release some time next year along with a PS Vita Companion App.

Diablo 3 For Consoles – ‘Up and Running,’ But Not Official Yet