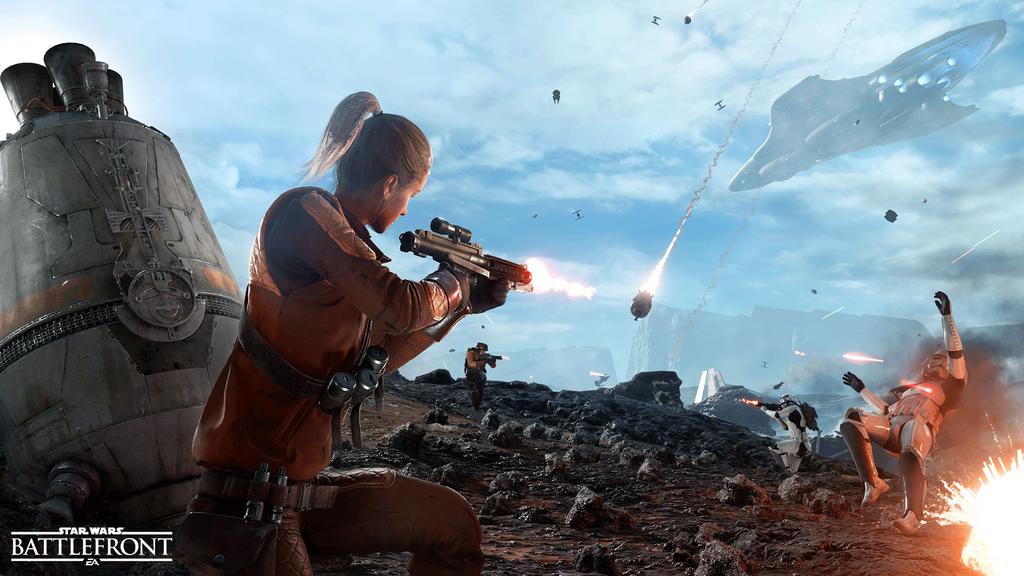 EA and DICE have dropped new details on another of Star Wars Battlefront‘s seven game modes that will ship with the title, come November 17.

Drop Zone, similar to “King of the Hill,” tasks players with capturing and controlling drop pods that fall through the atmosphere and onto the planet surfaces.

“When you locate a drop pod’s landing site, make your way to it and trigger the short claim process,” EA explained in a recent blog post. “Your team will win if it captures five pods, or control the majority of them after the 10-minute match is up. If a pod is constantly changing possession with no team able to defend it long enough to claim it, another pod will be sent down to break the stalemate. Then, there would be two pods that the teams have to gain control over.”

According to EA, players will want to make use of Turrets to lay down some defensive fire around captured pods, or use the Viper Droid’s ability to outline incoming attackers.

King-of-the-Hill-style game modes are always popular in shooters. Happy to see something similar in Battlefront?