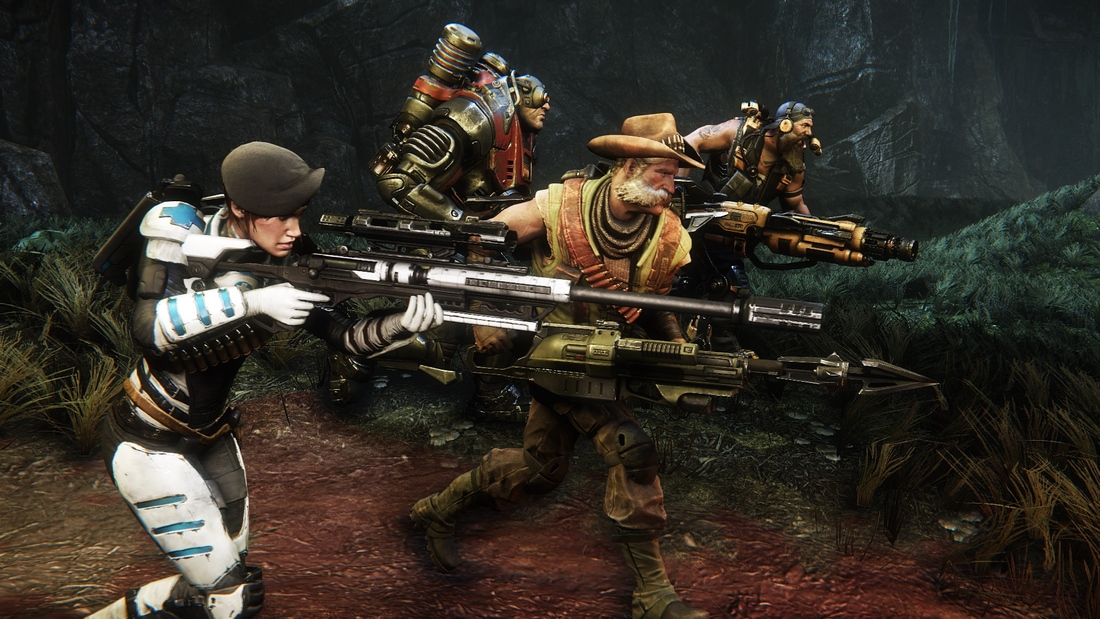 Continuing with today’s blowout of the next-gen co-operative/competitive shooter from Turtle Rock Studios, the dev team behind the title walks you through some of the unique gameplay elements featured in Evolve.

Turtle Rock Studios co-founders Chris Ashton and Phil Robb, 2K Production Assistant Scott James and 2K Executive Producer Denby Grace give you a behind-the-scenes look at Evolve in the video above as they dive into more details on the game’s asymmetrical set up where it’s four Hunters versus one Goliath.

Be sure to check out some of the previous footage and trailer from earlier today!

Evolve launches on the Xbox One, PlayStation 4, and PC this Fall.