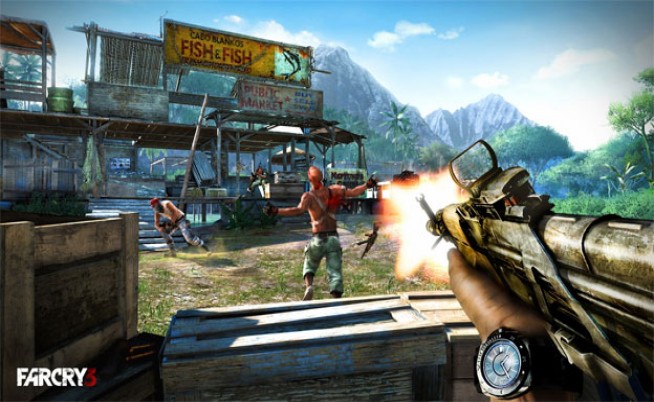 Those anticipating Ubisoft’s 3rd entry into the Far Cry series now have something a little extra to look forward to.

Coming out of this year’s GDC, the word is that Far Cry 3 will, in fact, include a multiplayer aspect, according to Kotaku Editor-in-chief, Stephen Totilo. This was also confirmed by Far Cry 3’s official Twitter handle, stating, “we’ll have multiplayer information soon. Stay tuned.”

According to Brian Crecente over at VoxGames, Massive, a Ubisoft studio, will be developing an “online universe” for FarCry 3 and will be “adding elements from the indie scene and social games.” No further details were given so it looks like we’ll just have to wait on Ubisoft to dish out the goods.

Massive is a Swedish-based developer who is known for titles like Ground Control and World in Conflict, as well as for lending a hand in the development for Assassin’s Creed: Revelation’s multiplayer.

Are you excited about the addition of an “online universe” in Far Cry 3? Let us know in the comments below!