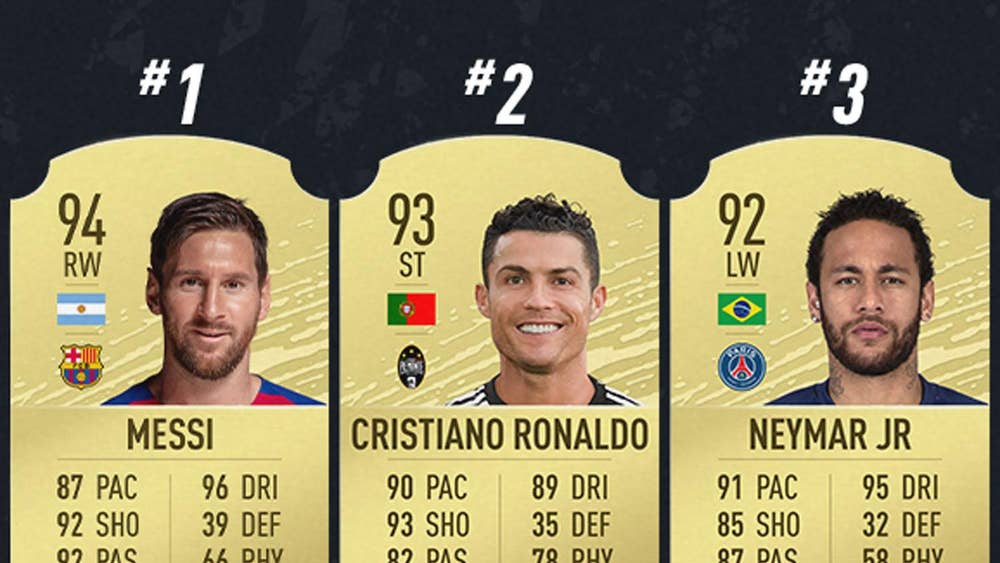 EA has announced the FIFA 20 player ratings for the top 100 players in upcoming release FIFA 20. These player ratings give those playing FIFA 20 a good indication of both how accurate the game’s representation of those players is, and who the best players in the game are at launch.

The top 10 rated players in FIFA 20 is made up of some of football’s biggest icons. Check out the list below and read on for more details.

The rest of the top 100 rated players can be seen in detail on the official FIFA 20 website.

As of today players can jump in and enjoy a free demo of FIFA 20 across all platforms. The demo features an 11 V 11 Kick Off mode, as well as the new VOLTA game mode, which has most players excited to jump in and play the latest FIFA title.

Further details on players in FIFA 20, including the future stars, most improved, 5 star skills, and much more can be found on the official EA Sports Twitter.