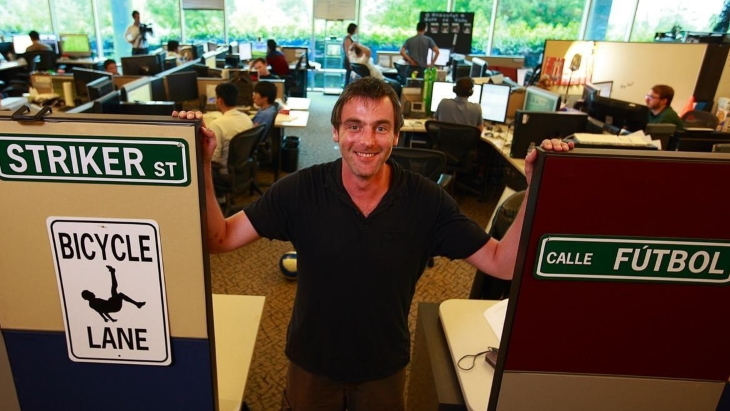 David Rutter has moved to Europe and taken on the role of Group General Manager for EA Studios Europe to lead our creators at DICE Stockholm, Ghost and Criterion. For the last 12 years, David has led our FIFA franchise and EA SPORTS development teams at EA Vancouver and EA Romania to amazing success.

Rutter, who joined EA back in 2007 as a producer in FIFA 2009, was the person who reinvigorated the FIFA franchise who was then trailing Konami’s Pro Evolution Scocer (PES) franchise. Rutter is also attributed to having a significant involvement in FIFA’s lucrative Ultimate Team mode. Not familiar with Ultimate Team? It’s a mode where players can purchase individual FIFA Ultimate Team packs using in-game currency or FIFA points, which can be bought with cash. This business model proved to be so successful that FIFA Ultimate Team sales accounted for 28 percent of EA’s total revenue.

Will we see Battlefield Ultimate Packs sometime soon? Given the controversy that happened with Battlefront 2, I hope EA learned its lesson.