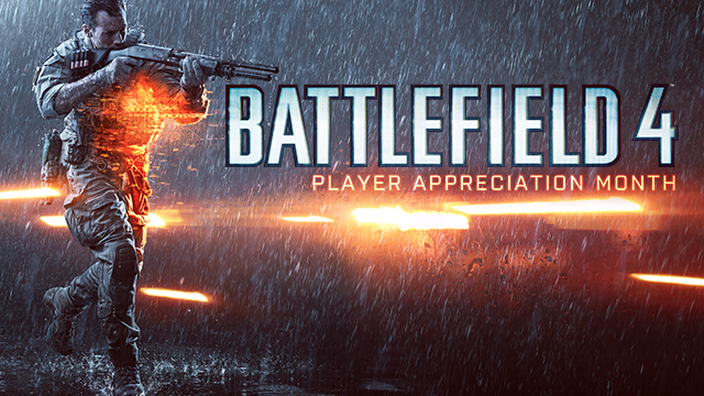 February is Player Appreciation Month for thousands of gamers enjoying Battlefield 4 on the Xbox, PlayStation, and PC.

For the entirety of February, developers DICE are handing out a Battlepack a day while throwing in a couple double XP events and community missions, the first of which begins tomorrow, February 5.

“In the first DICE Community Mission we challenge all Battlefield 4 players to collectively grab 10,000,000 dog tags using melee attacks,” writes the studio in a recent blog update. “This mission will run across all platforms. If the objective is completed in time, all participating players will be rewarded with a gold battlepack (handed out on February 20).”

Will you be participating?

Topped off with a number of welcomed improvements, a well-received update for the game launched last week with even more on the way as DICE aims to rebalance a number of weapons, grenades, and vehicles.