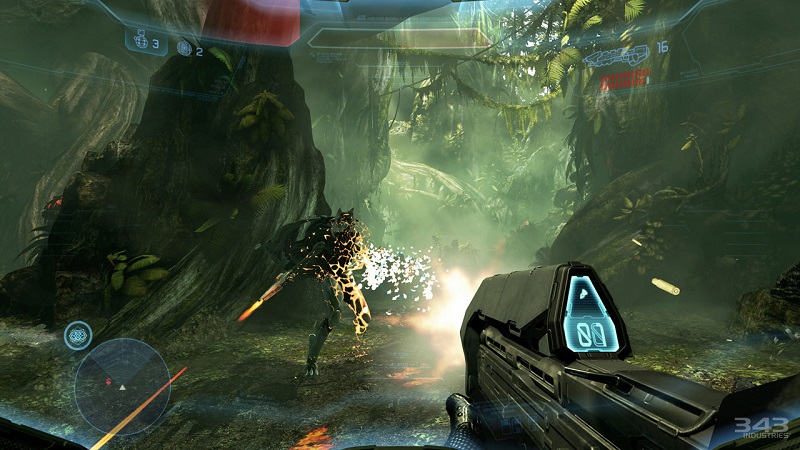 Halo fans, get ready for some multiplayer playlist shake-ups in the next few weeks. 343 Industries has detailed that they plan weekly updates for Halo 4. With Halo 4 launching worldwide just a few days ago, 343 is already looking on how to improve your experience.

So you’re probably asking what is coming in the first update? One mode, titled SWAT, a fan favorite of previous Halo’s. Players will be equipped with the Battle Rifles, DMR’s and Magnums. You will have no shield or radar and one headshot counts as a kill. Ordnance drops will not appear while playing SWAT.

The following maps will be playable in SWAT.

“We will maintain a static set of playlists and feature one or two ‘rotational’ playlists on top of that,” community manager Jessica Shea wrote on Halo Waypoint. “We will be monitoring trends and statistics closely so we can react accordingly to your preferences and likes. For instance, if one of our rotational playlists consistently holds a higher population than one of our static playlists, we will consider swapping them out based on player demand. The process will be fluid and based on numbers, and we’re extremely excited about the benefits of our new approach.”

Thanks to Examiner for the news.

Hailing from beautiful Pittsburgh PA, Shawn has spent most of his 25 years playing video games. The original Killzone on PlayStation 2 captured his love for competitive multiplayer experiences and has thrived on that ever since. Now I live, breathe and eat multiplayer madness with the guys and gals of Lucky Strike.
News 343 Industries, Featured, Halo 4, Xbox 360
view related posts
HOT MULTIPLAYER GAMES
& UPCOMING RELEASES