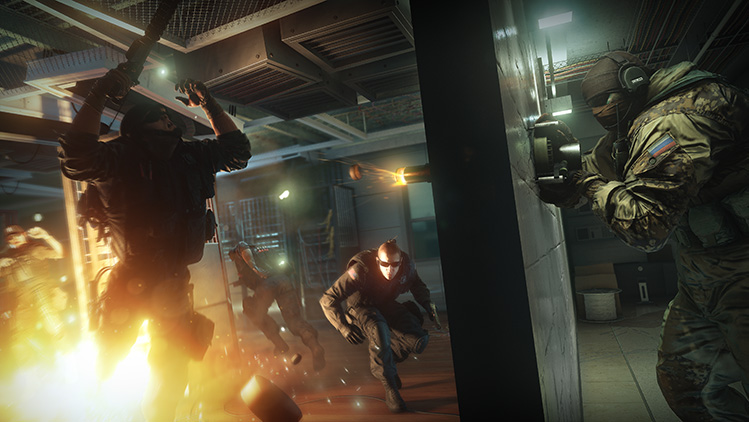 One week in and Rainbow Six Siege is off to a good launch, winning tactical shooter fans over with its exciting attack/defense mechanics and thrilling gameplay. But, already, fans are anxious to learn more about what updates Ubisoft Montreal has in store to improve the game even further.

According to a recent developer AMA on Reddit, Rainbow Six Siege’s first patch is planned for the middle of this month with additional “in-depth patches notes” planned on a month-to-month basis.

Hot on the list of topics are improvements to the game’s hit detection, which Ubisoft did address in their recent Q&A.

“Hello everyone. We have indeed heard your concerns for hit detection within the game and we want to address it,” Ubisoft wrote. “We already knew we had improvements that could be made, but after further investigation, we can share that the problem you experience is based off multiple issues that we will be working on. Some of them can be addressed with quick fixes, while others require development time.”

Here’s a more in-depth explanation of what’s currently being looked into and what’s being delivered in the next update:

BUGS ON REPLICATION AND KILLCAM

Let’s start by talking about quick fixes. We have a few bugs that we managed to get out of the way and that will be fixed for our next title update in mid-December:

– Fixed: Pawn rotation latency: the difference between a player’s action, the server’s perception and another player seeing said action had an extra delay due to a bug. This had even more impact on shield wielding Operators since sometimes players using those would think they were protected while they were not because of the additional delay caused by the pawn rotation bug.

– Fixed: Shooting and moving while rappelling: when moving and shooting while in rappel, the hits were sometimes not registered properly by the server.

– Improved: Kill cam replication issues: the kill cam was not displaying an accurate representation of hit positions. The point of view seen after death was not the exact point of view of the killer. Moreover, we have instances in which the kill cam shows body parts sticking through walls while they actually weren’t being seen from the killer’s perspective. This has been improved for the next title update, but we still need additional work on this. It is still considered under development.

We are currently investigating having a higher tick rate, which would improve positioning and shooting replication. The current servers run at a tick rate of 64, but the position of players is updated 30 times per second. We have plans to address this very soon and are currently running tests in which we have a position update rate of 60. If the results are satisfying, we will be deploying this in a future update as soon as possible.

GENERAL ISSUES WE ARE AWARE OF

Although we do have a high ping kick in place, one thing to note is that there are some edge cases in which some players have high ping due to poor internet connection spikes. This affects replication quality for the other players within that person’s match.

We hope that this addresses your concerns and we will make sure to keep you updated as we keep monitoring and improving on this and progress within our plans.

In addition Ubisoft is “currently working on making [the Harvard map from the Article 5 mission] available for all in PVP and PVE, on top of all other free maps that are planned for year one,” though “no additional single player Situations are planned as of yet.”

Voice chat issues on PC are also being looked into, among many other things. There’s a lot more you can read about for yourself in the full Reddit thread. Furthermore, be sure to check out this Forum thread listing off all the currently known bugs and issues and what’s being fixed.

How’s your first week with Rainbow Six Siege been? Drop your comments below!