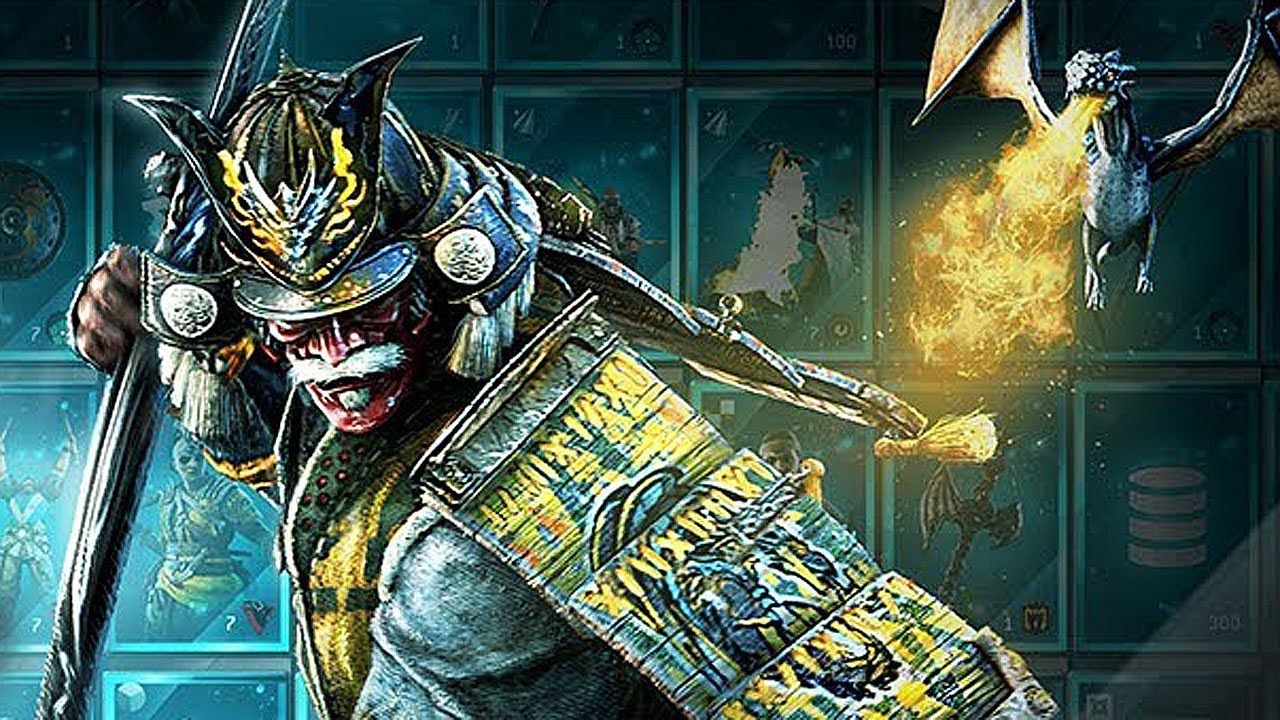 Developer Comments: With our first battle pass, we want to give players more reasons to engage on the content of the season and get the best from the time invested in the game. All original options for players in terms of acquiring new items will be kept in-game. This includes content of the week available via steel as well as sales and scavenger crates /drops at the end of the matches.

Developer’s comment: The following 3 Heroes (Conqueror, Highlander, and Shinobi) were able to attempt parrying Heavies by holding their Heavy Charges and, if the attack was feinted, cancel the Charge almost immediately. This particular option select allowed them an extremely powerful defense – but we would like them to take some risk to attempt a parry. So here, we reduced the “charged heavy option select” for all 3 of these charge heroes (Conqueror, Highlander, and Shinobi).

Developer’s comment: Conqueror Lights would often miss opponents, so we gave them a bit more forward movement here. On the Charged Heavy state, even though we nerfed the option select (see previous entry “Charged Heavy Opener Adjustments”), we still like Conquerors to be able to pressure opponents by Charging and holding forward – so we make it a bit faster in forward movement.

Developer’s comment: “Fuscina Ictus” was quite strong as a ganking tool when it caused 10 Revenge gain. While we want it to be a useful tool (to guarantee an ally’s Heavy attack, for example), here we set it to 30 Revenge gain, which is the value that most Melee attacks cause.

Developer’s comment: Tiandi uses quite a lot of Stamina to perform the Zone Attack and its branchings, which prevents Tiandi from utilizing this attack to strike below half of the Stamina bar (or even 2/3rds if you are in a group fight and want to threaten a ledge with a Dragon Kick). This new change reduces Tiandi’s Stamina Cost for all Zone Attack options, which we expect will increase the scenarios in which it is useful.

Developer’s comment: We already reduced the “Endless Myriad” uncharged Heavies to 28 (were 30) in Patch 2.15.0. The intention was to increase the number of attacks a Hitokiri needs to kill an opponent (especially at the 120 HP level of many opponents). While this appears to have reduced the overall Win Rate for Full Population in Duel and Dominion somewhat, Hitokiri is still performing at the top of the pack (and is performing in tournament play as well). This suggests that we should apply the same change to the “Mangetsu” Openers to have them also slightly less effective (especially at that 120 HP level).

Developer’s comment: In our Year 3: Season 3 Survey, players identified the Stamina Damage and the “Hamarr’s Favor” shield value as the most frustrating attributes on the Jormungandr. When comparing to the Full Population Win Rates for Duel, our expectation is that this should reduce this frustration aspect, and the Duel Win Rate. We also expect that the Full Population Win Rate for Dominion shouldn’t be negatively affected. While we recognize that the Jormungandr is not performing at a tournament level, here we expect to improve the experience for opponents in a Full Population environment.

Developer’s comment: Wall Staggers now always guarantee Top Heavy Opener (even if the Jormungandr has to change Stance). Before, at certain timings and distances the Jormungandr couldn’t land any Heavy.

Developer’s comment: With the Gladiator now dealing Haymaker damage with “Fuscina Ictus” and with the possibility of 30 damage Zone Attacks from Heavy Parries, we hope to tone down the damage output potential with these changes. Centurion is also a Hero we’re keeping an eye on with these nerfs, as we expect the future fight improvements on the Hero would be best matched with a 5 damage Haymaker.

We’ll keep a closer eye on For Honor moving forward.

Call of Duty 2020 Is Already Being Play Tested