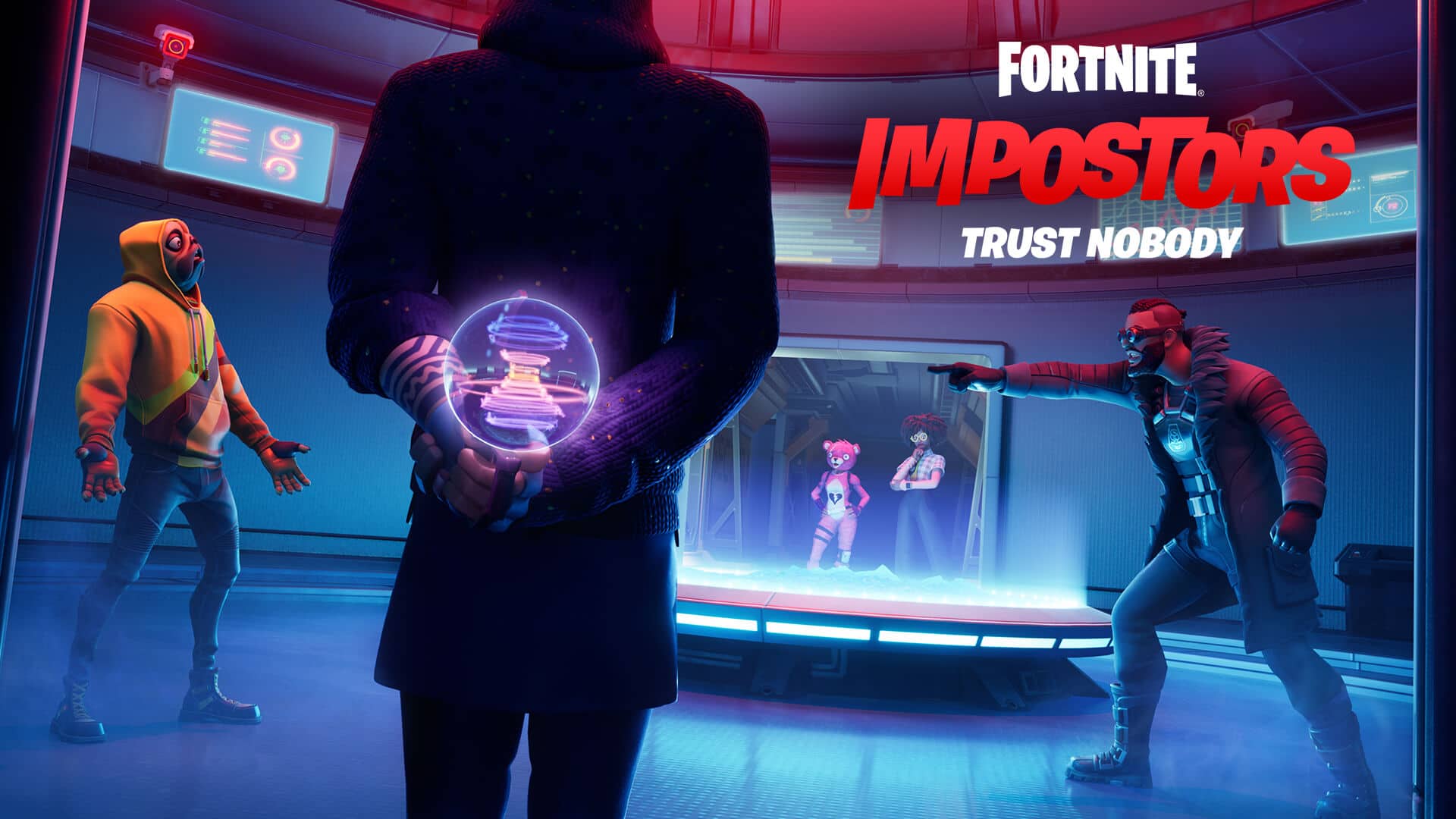 Epic Games’ latest patch for their battle royale has recently dropped today, and one of the more interesting things in the patch notes is a reference to another game, as the Fortnite latest update acknowledges Among Us and Innersloth for the former’s new Impostors mode. Fortnite update 18.20‘s blog post makes mentions Impostors and makes it clear that it was inspired by the hit independent title Among Us, a far cry from what Epic Games initially did during the mode’s official announcement.

something happened behind the scenes that must've not been pretty pic.twitter.com/490OF9fz2V

As noted in the blog post for the update, Epic Games now references Among Us and its developer Innersloth as main inspiration for their Impostors mode. In case you missed it, back when the mode was first announced, several Innersloth developers made remarks on Epic Games and Impostors mode. Check out those tweets below.

We didn't patent the Among Us mechanics. I don't think that leads to a healthy game industry. Is it really that hard to put 10% more effort into putting your own spin on it though?

It’s not that far of a stretch to think that these reactions spurred Epic Games to at least acknowledge the fact that Impostors mode is indeed inspired by Among Us, and this latest blog post may be their attempt to make up for the fact. A key factor here is that the two previous posts that introduce and detail Impostors mode leave out any mention of Among Us, and, as Lucas7yoshi on Twitter mentioned, it may have been a factor for this mention for the latest update.

What do you think? Is this mention of Among Us and Innersloth a coincidence, or did something happen behind the scenes for Epic Games to suddenly acknowledge them? Let us know in the comments below!