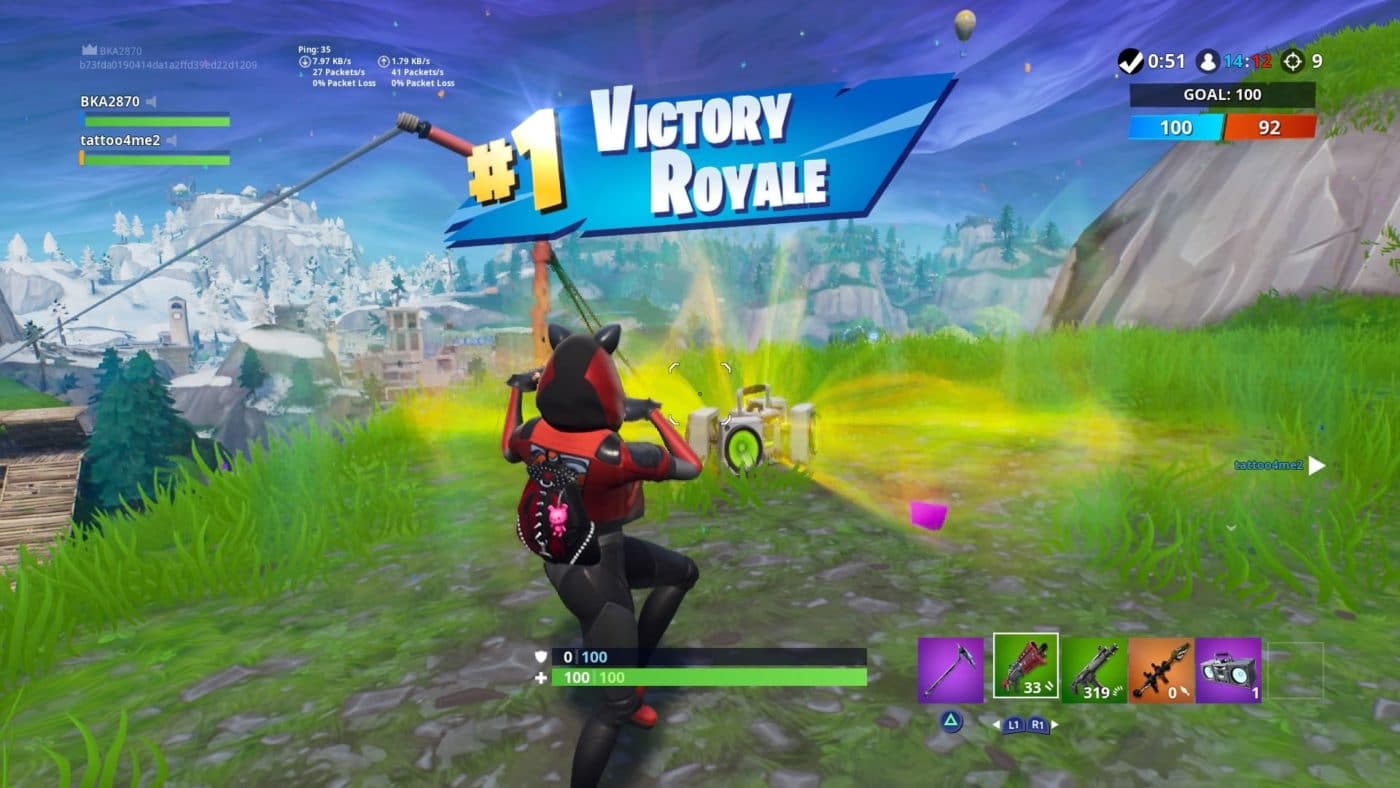 Epic Games has rolled out the Fortnite update 3.11 March 30 patch, or what the studio calls the v16.10 title update. Same as before, expect a slew of fixes, and we have the datamined content available as well.

Epic, but here are some of the known changes incoming:

Here are the known fixes via Epic Games:

Update 2
With the release of v16.10, players in Split Screen can again play another match via the “Ready Up!” button. Players no longer need to return to the Lobby.

Update
Though given the “Fixed in Live” label with the release of v15.50, we’re aware that this issue has not been fully resolved for players. We are working to address this.

Description
Players in Split Screen may have difficulty playing another match together due to the “Ready Up!” option not working properly.

Workaround
After the release of v15.50, players can now work around this issue by returning to the Lobby before playing another match in Split Screen.

Duplicate XP notifications with Legendary Quests in a party.

Description
Duplicate XP notifications appear when completing Legendary “Craft Items” Quests in a party. This can wrongly make it look like you leveled up during a match.

Workaround
Your actual level and XP amount is available from the Lobby.

Anomaly may not appear on Shark Island.

Description
The anomaly on Shark Island may not appear after completing the required steps.

Workaround
Try completing the steps in a different order.

Description
Legacies for Chapter 2 Season 5 will not show up in the Career tab. Your Legacy records are intact and will display again in a future update.

Visibility is extremely decreased when inside the Storm.

Players who are inside the Storm are reporting decreased visibility and increased brightness in v16.00, making it difficult to navigate to the zone.

Opening the inventory will cancel Tap to Search/Interact/Revive actions.

Description
Opening the inventory while performing a tap to search/interact/Revive action will cancel that action. This includes searching a chest, reviving a teammate, rebooting a teammate and other similar actions.

Stackable items are not split when Shift-Dragged.

Description
Stackable, consumable items (Grenades, Bandages, etc.) are not split when using Shift+Drag to select or drop half of the stack using keyboard+mouse input.

This issue does not affect ammo or materials, which should appropriately divide when split.

A.I. can get stuck in obstacles.

Description
We’re investigating an issue that is causing A.I to get stuck in obstacles.

This week, we’re experimenting with bringing back moving Storm Circles to non-competitive modes for the last two zones. Let us know what you think! ⛈

Primal Shotguns' fire rate will be nerfed tomorrow along with some Makeshift Shotgun adjustments & Raptors will finally be in the game!

"Complete all 3 Spire Quests then return to Raz"

Primal Shotguns’ fire rate will be nerfed tomorrow along with some Makeshift Shotgun adjustments & Raptors will finally be in the game!

“Complete all 3 Spire Quests then return to Raz”

Proper leaks are a bit broken atm so pic.twitter.com/XNNY0ot1ZN

The upcoming Unstable Bow will be an Exotic! (will post audio later)

For those not aware, the french fry code name is what we anticipate is the peter griffin stuff. And toon shading would definitely be something that it would have. pic.twitter.com/gTg3Q6GFDe

Nah i don't think its ingame!

There's an unreleased NPC with the id "Pluto", there's no other info about this NPC so its probably either for the end of the season or next season.. (Thanks to @Not0fficer for pointing it out in dms!)

The dataminers are currently sorting through this, and we’ll be updating it throughout the day. Once we’re done, we’ll post an “update” to the headline.

Update: That seems to be it for the datamined stuff for today’s patch.