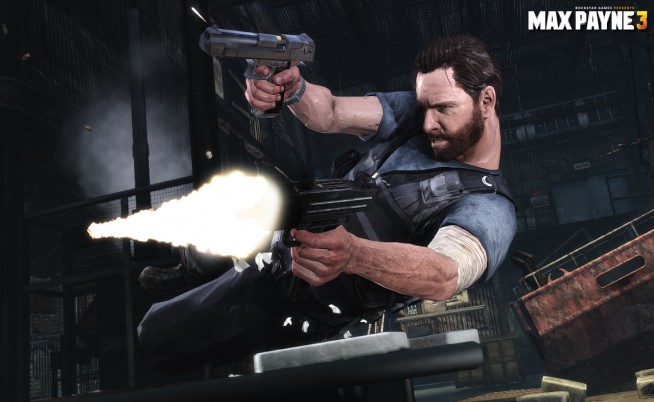 The nice guys and gals over at Rockstar were nice enough to throw up some nifty HD images of the brand new maps you will see in tomorrow’s new multiplayer expansion, Local Justice. These three new maps were taken from the single player, so they may already seem familiar to you. Also announced were images of the brand new weapon, the M4 assault rifle and the new loadout item, Light Fingers. In addition, the trophies/achievements for this DLC pack were also revealed.

Below is an in-depth look at each map and what you can hope to expect when you get your hands on this new experience. 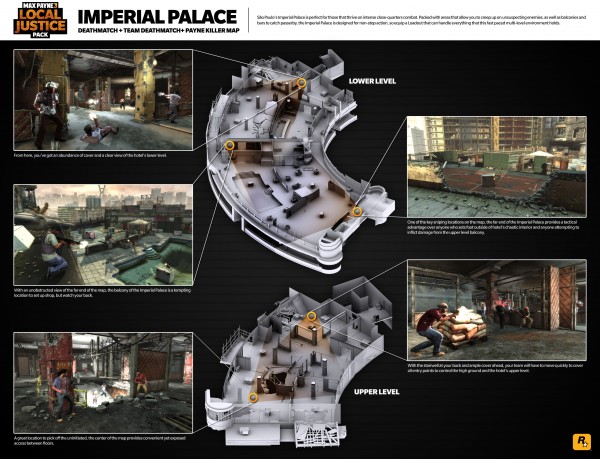 The first map up is Imperial Palace. This map allows you to partake in carnage on Deathmatch, Team Deathmatch and Payne Killer game modes. Sporting an upper level and a lower level, it seems like intense close quarters chaos can you hit from any corner. This multi-leveled environment has plenty of places for you to catch unsuspecting enemies from behind, with plenty of cover and balconies to choose from. 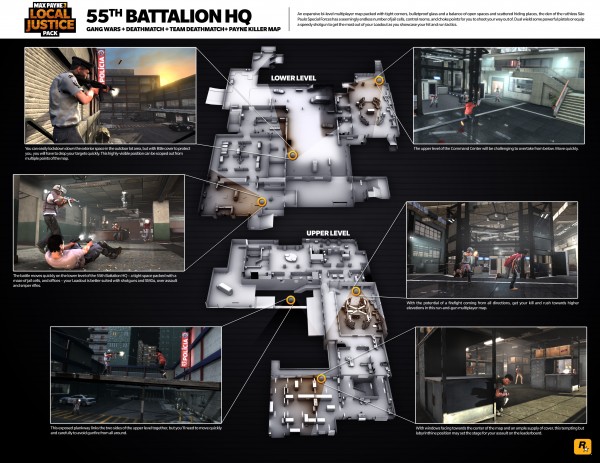 The 55th Battalion HQ  is the den of the newly introduced faction São Paulo Police. Out of all three maps in this DLC pack, 55th Battalion HQ is the only map to support Gang Wars. On top of Gang Wars, you can also participate in Deathmatch, Team Deathmatch and Payne Killer. As with many police stations, there’s plenty of jail cells and control rooms to run through, with bulletproof glass and a good balance of open spaces and tight corners to boot. Rockstar recommends a speedy loadout to conquer this map, equipping shotguns or dual-wielding pistols would be beneficial. 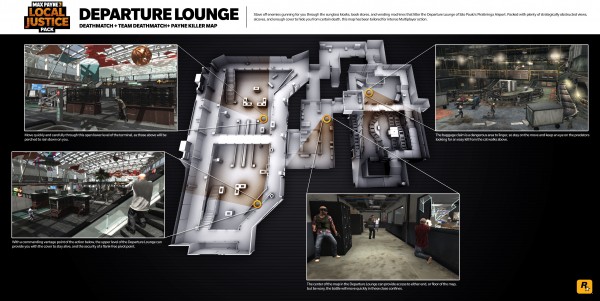 The final map in this expansion is Departure Lounge. Just as the other maps, Departure Lounge enables you to play on Deathmatch, Team Deathmatch and Payne Killer game modes. Located inside of São Paulo’s Piratininga Airport, Departure Lounge has plenty of vending machines, kiosks, book stores that make up the lower floor of the terminal. Rockstar promises a lot of cover, alcoves and obstructed views to help give you enough help you from certain death. 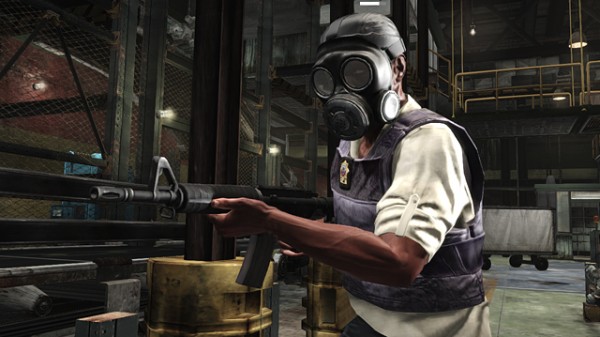 The M4 assault rifle, seen in many other multiplayer shooters, is designed for lightweight mobility, quick target acquisition, while packing a powerful punch. Coming with its own set of attachments, this M4 assault rifle is more accurate than SMG’s, Shotguns and other assault rifles within the Max Payne world. It handles the best of both worlds wonderfully, in both long range combat and close quarters combat as well. 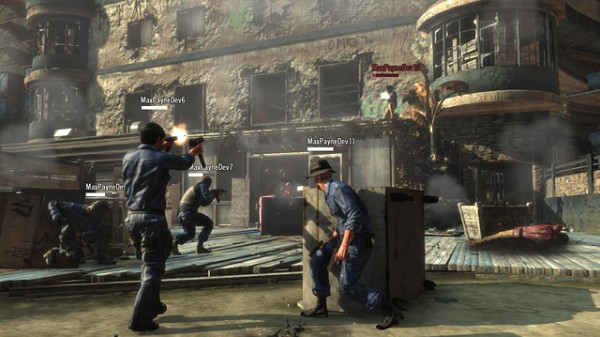 The Light Fingers load-out item cuts down the time it takes to loot dead corpses found around the map. If you may not know, looting corpses can net you a small amount of cash, pain killers, and spare adrenaline, not to mention that it’s pretty fun to do.

Accompanying this map pack will be a whole new set of trophies/achievements to go after. Below is a full list of all five.

Don’t forget that Local Justice can be bought tomorrow on the Playstation 3 and Xbox 360 at a discounted launch week price of 480 Microsoft Points, or $4.99 on PSN. PC users will have to wait until July 17th to get their hands on this expansion.

Let us know in the comment section if you plan on picking this DLC pack up.

50% off MW3 DLC Deal, Slap in the Face to Premium Elite Members?