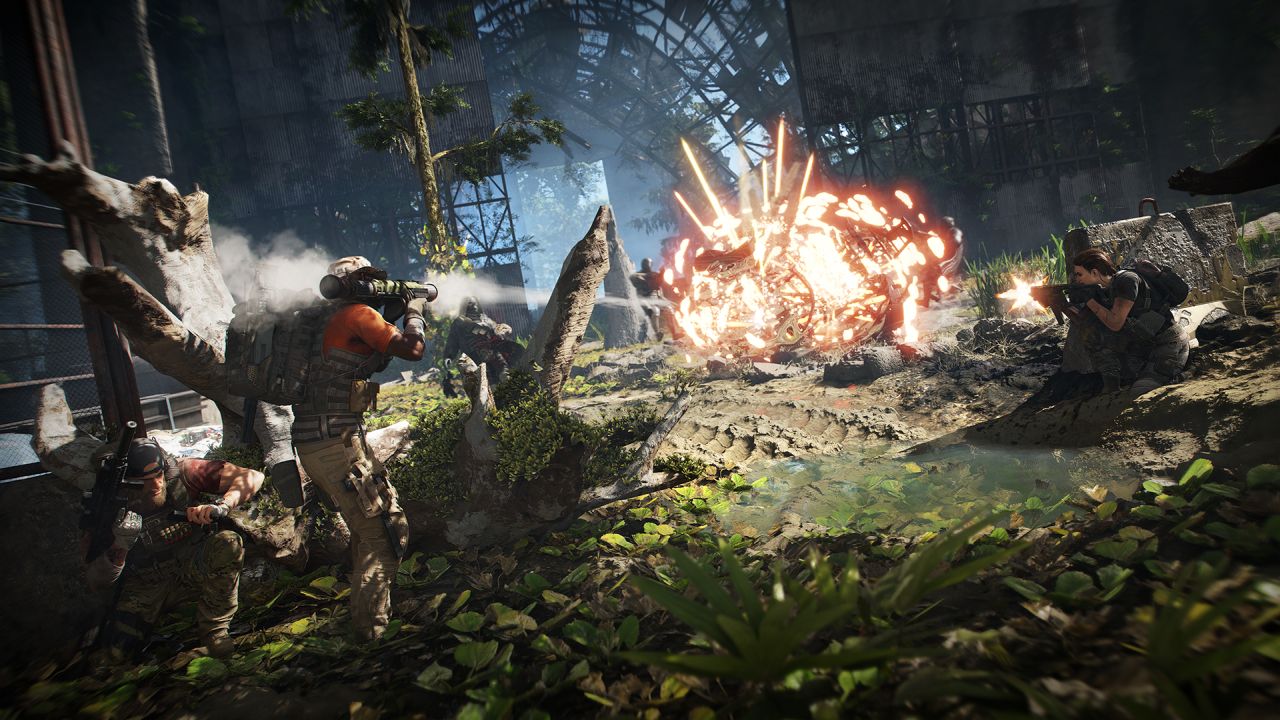 The news was delivered just today by the devs who penned a letter to the community: 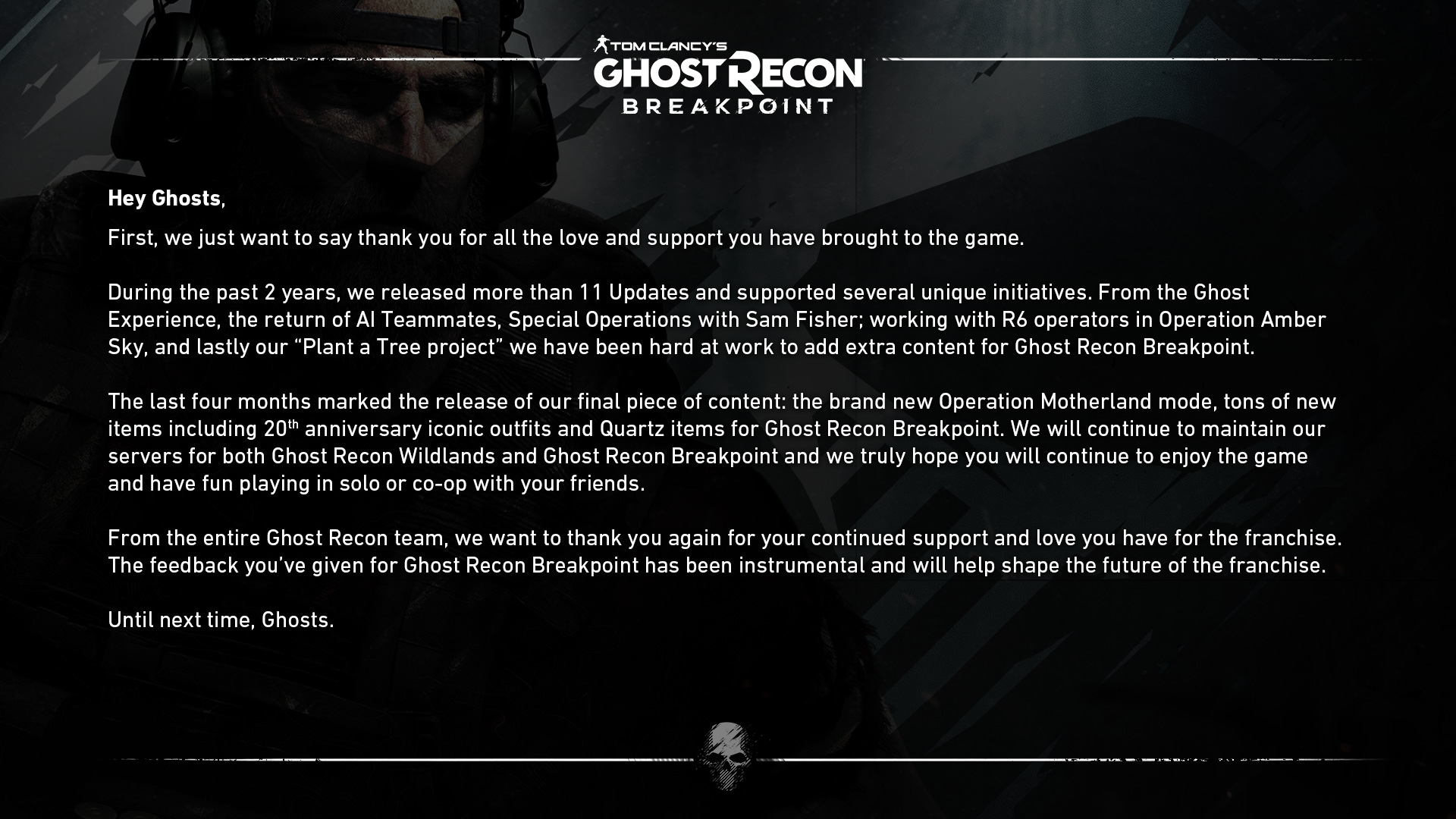 Hey Ghosts, First, we just want to say thank you for all the love and support you have brought to the game.

During the past 2 years, we released more than 11 Updates and supported several unique initiatives. From the Ghost Experience, the return of Al Teammates, Special Operations with Sam Fisher; working with R6 operators in Operation Amber Sky, and lastly our “Plant a Tree project” we have been hard at work to add extra content for Ghost Recon Breakpoint.

From the entire Ghost Recon team, we want to thank you again for your continued support and love you have for the franchise. The feedback you’ve given for Ghost Recon Breakpoint has been instrumental and will help shape the future of the franchise.

Until next time, Ghosts.

This is definitely a bummer, but let’s hope that Ubisoft brings a renewed focus to the franchise’s next iteration (if there is one). While Breakpoint ‘s new content support is ending, Ubisoft’s other third-person shooter, The Division 2, is getting more support! Not only are multiple updates planned for this year, but Ubisoft has even given gamers a look at the new game mode coming to the game in Season 9.

Destiny 2 Down for Maintenance This April 5, Here’s the Schedule & Details