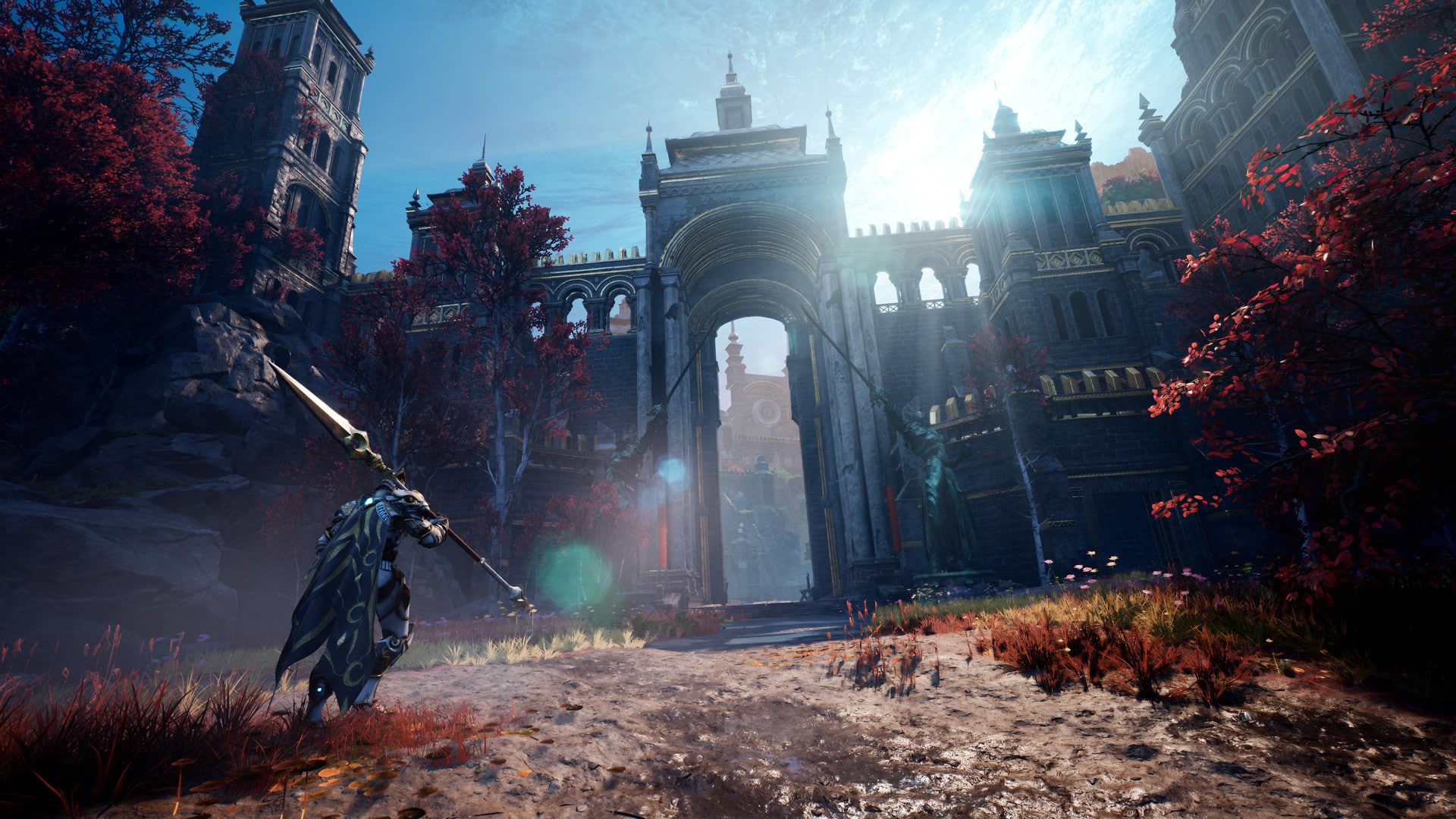 Counterplay Games has released the Godfall update 1.09 (PS5 version 05.000.118) patch today, and this one is for the huge Exalted update! Check out the full Godfall April 7 update patch notes below.

Godfall: Ultimate Edition is the first version of Godfall available on the Xbox and Steam platforms, and we wanted to welcome both new Valorians as well as veteran players with the best version of Godfall to date. The free Exalted Update also brings new game modes and new unlocks to chase, while also allowing us to revisit some of our core systems and retool them to better reflect our original vision for the game.

Valorplate Shards are a new set of powerful, Valorplate-specific unlocks that transform the combat experience in unique ways. Players will be able to mix and match their favorite Shards to create a loadout that best fits their playstyle and allows them to get even more power out of their favorite Valorplates and builds.

Each Valorplate has been enhanced with four Valorplate Shards that can be unlocked by completing various objectives while wearing that Valorplate, such as defeating a specific boss or reaching a specific floor in Ascended Tower of Trials. Once unlocked, players can equip up to two Shards at a time and gain access to powerful new modifiers on their abilities.

Once unlocked, Valorplate Shards can be upgraded up to five times at the Forge to become even stronger. Upgrading Shards requires crafting materials and electrum, and your ability to upgrade is limited by the number of Shards you have unlocked across all Valorplates. Unlock more Shards to increase your maximum Shard upgrade level.

Ascended and Exalted Valorplates will be highlighted in Sanctum, allowing you to see your collection progress every time you return from missions.

With Valorplate Shards granting players more power than ever before, we wanted to make sure that players had new challenges as well. Available after completing the Ascended Tower of Trials, Exalted Tower of Trials is a series of the most challenging encounters in Godfall.

The Spirit Realms are a new game mode in which the barrier between the Material and the Spirit Planes has been weakened to the point where Valorians can pass between them at will. Spirit Vision, traditionally allowing players to peer through the Spirit Plane, will now cause players to shift back and forth between planes; this mechanic changes the approach to both combat and exploration.

Revisiting the World of Godfall

One of the most consistent pieces of feedback we received on the Godfall story campaign was that the process of collecting Sigils to unlock Realm bosses impeded momentum in the story and could occasionally feel like a grind. The Sigil mechanic has been removed and replaced by the Path to Realm Boss system, giving players agency over when and how they take on the bosses of the various Realms.

With new Valorians on Xbox and Steam entering Aperion for the very first time, we wanted to take this opportunity to revisit the Godfall campaign and create more opportunities for players to engage with the world.

This update brings a series of new cosmetics to chase, unlock, and show off while playing with friends.

Check out all of these new cosmetics in the updated cosmetics viewer, or in Sanctum where each Valorplate Pedestal will now display its currently equipped cosmetic!

One of our main quality of life goals with the Godfall: Ultimate Edition was to truly make Godfall the tinkerer’s dream. What better way to promote that goal than with the long-awaited addition of loadouts?

We took an important step forward in the Lightbringer Update with the addition of Mass Salvage, enabling players to quickly convert unwanted items into useful materials and currency. With the introduction of sorting and filtering, we wanted to make the process of finding the right items for the perfect builds easier than ever before.

Please note that when mass salvaging while your inventory is filtered, only items that appear in the current filter will be salvaged.

We’ve also made it easier to flip through pages of your inventory on gamepad as you now can use the right analog stick to do so.

Players will now enter a downed state upon reaching 0% health. rather than immediately dying, respawning, and automatically consuming one of the limited lives in endgame content. Downed players can be revived by other players in multiplayer, bringing them back to life where they stand at partial health.

To ensure a balanced combat experience and to reduce the need for certain “must have” items, we have made the following balance changes:

Updates with a sword ⚔️ are based on player feedback collected from our various communities and through support tickets.

*Special Note: While we’ve fixed a major source of the issues behind “Defeat Decimus” and “Defeat Macros” bugs, we have reason to believe separate, unique use-cases can lead to similar issues. We are monitoring and appreciative of community feedback related to this.

That’s it for the hefty patch. Be sure to stay tuned here at MP1st for future updates on Godfall!