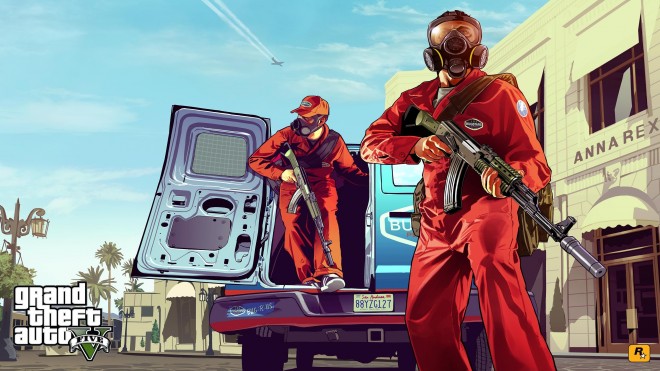 Now, you won’t normally see single player details from MP1st, but it is GTA V, after all, and the latest issue of Game Informer has laid out what you can expect from this year’s biggest game and Rockstar’s biggest game title (literally) releasing this Spring, 2013. We’ve rounded up all the details below so sit back and soak it up.

There will be three main protagonists who come together to perform various heists, a major theme in Grand Theft Auto V. Each have their own unique life in which they live throughout the course of the game, including their own hobbies and social circles. Players will be able to switch between each character with the press of a button at any moment when not in a mission. However, missions can also be experienced from different perspectives and each character will have his own strengths.

Each character will be customizable in terms of clothing, but not of weight or height. Romancing others will not be an option.

On top of performing heists and living out their everyday lives, characters will encounter dynamic events like checking up on broken down cars, picking up hitchhikers, chasing muggers and robbing cash vans.

The fictional world of Los Santos will be the biggest open world in the history of Rockstar, “bigger than Read Dead Redemption, Grand Theft Auto IV and San Andreas combined.” Underwater areas, the wilderness and a military base will also be explorable locations. Players will be able to cruise the world of Los Santos in vehicles like bikes, cars, trucks, helicopters, planes, ATVs and jet skis. It is also possible to take part in many leisure activities like yoga, triathlons, jet skiing, base jumping, tennis and golf.

Though some pedestrian models have been mapped using motion capture for more realistic movement, Rockstar hasn’t employed any celebrity voices for the game. There will be an in-game economy to spend cash in, but real-estate will not be purchasable.

Driving mechanics have improved to mimic racing game standards. Cars now “hold to the ground a bit better” and have “a little more physics on them.” Shooting and melee combat have also been improved.

The cellphone returns, though it is now more similar to a smart phone, while options previously only available in your phone will now be accessible on the map.

That about wraps things up. Make sure to check back November 14th for the second Grand Theft Auto V trailer from Rockstar Games.

Time to discuss! Which aspects of the gameplay revealed thus far have you most excited? Let us know in the comments.