The Holiday Season has arrived in Los Santos. Plenty of updates are inbound to Grand Theft Auto Online this Holiday as developer Rockstar Games celebrates the occasion with its fans.

Following today’s Xbox One, PlayStation 4, Xbox 360, and PlayStation 3 update, there’s plenty to look forward to over the break, including new weapons and equipment like the Homing Missile Launcher and Proximity Mines, and new cars like the Hot Rod Christmas Ratloader, Slam Van, and Massacro and Jester sports cars with new Race liveries.

Best of all, you’ll be able to take these new rides for a spin in true Winter conditions that will show up on only certain days over the Holidays. Watch out for snowballs and dress warm with new closet items, including ‘ugly’ sweaters and new scarves, hats, masks, and more.

On Christmas morning, after checking out what’s under your tree, you’ll also want to see what Santa left in your GTA Online inventory. Drop by again any time during the rest of the holidays to take part in New Years celebrations with the Firework Launcher and Firework rocket ammo.

Below some of the new screens, you’ll find the full list of patch notes for today’s update. 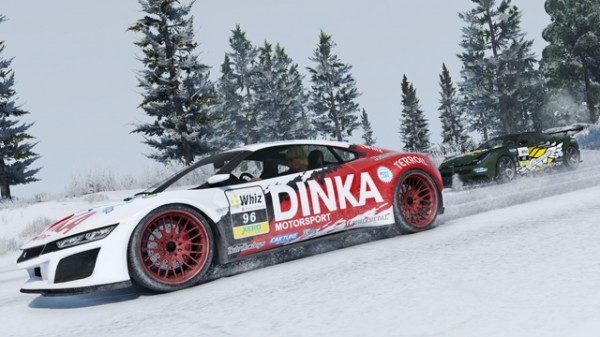 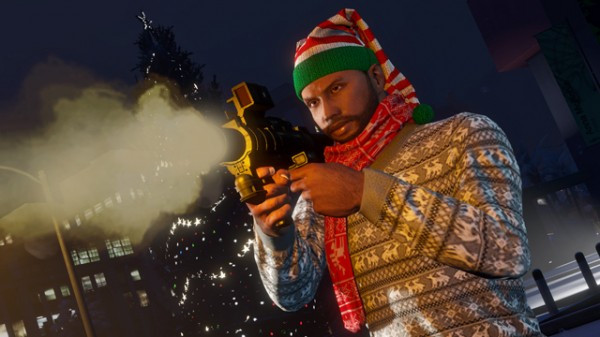 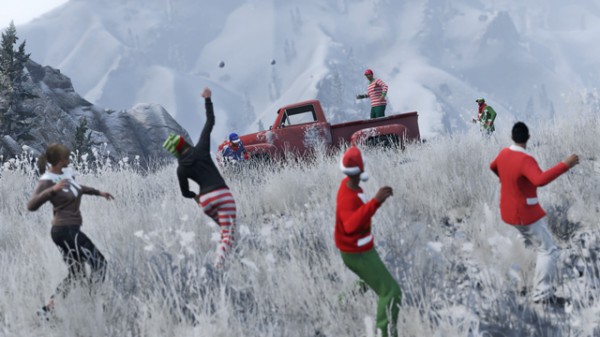 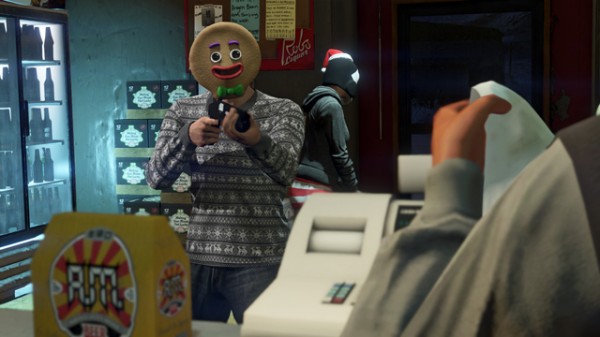 Watch The Making Of The Halo 5: Guardians Beta In “The Sprint” Exclusive Digital Series