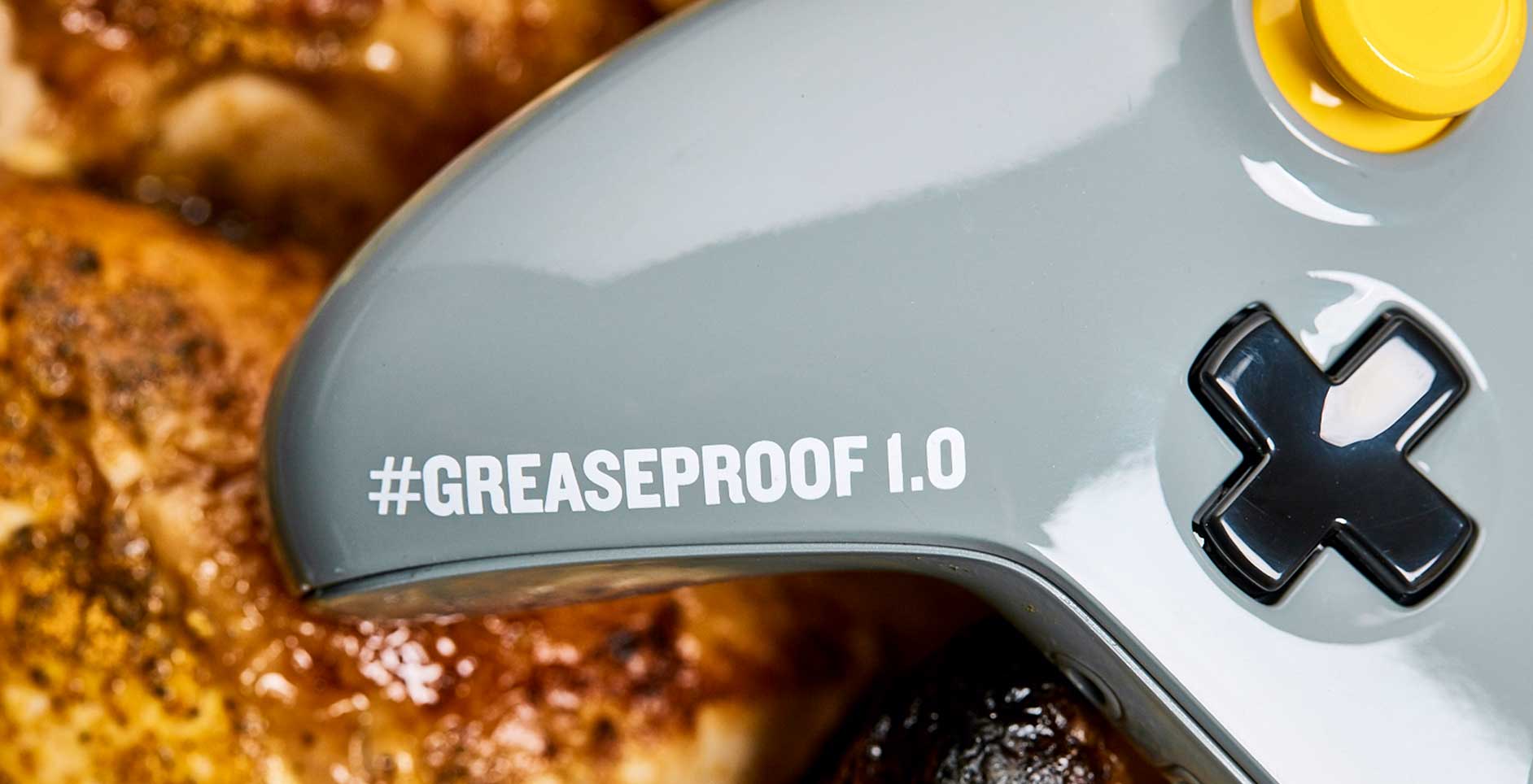 Here’s something you don’t see everyday: Xbox Australia is releasing what it calls a “greaseproof” (sic) Xbox One controller to commemorate the full release of PlayerUnknown’s Battlegrounds (PUBG) on the Xbox One!

There’s a Winner, Winner, Chicken Dinner joke in there somewhere that’s not lost on Microsoft.

Want to know how effective it is? Go watch this video of Press-Start AU testing it out on a bucket of KFC!

There’s said to be 200 of these bad boys mad worldwide, and each one will have a special numbered marking and #greaseproof1.0 tag — y’know, just in case another controller manufacturer does their own fake grease-proof controller. If you’re in Australia or New Zealand, check out the contest happening later this week. Who knows? You might be lucky enough to snag one of the 10.

I know some (or even Microsoft) might see this as a novelty or joke item of sorts, but wouldn’t something like this be really useful? Not just for chicken dinners and gaming, but for those with grimy hands in general.

In other, less funny Xbox news, Microsoft apparently made a deal with Ubisoft to ensure the Xbox One version of The Division won’t look inferior to the PS4 version.