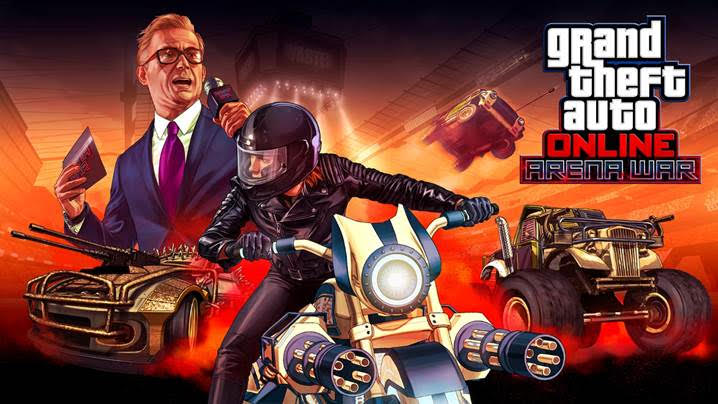 Those who enjoy driving, shooting and doing all kinds of badass stuff in GTA Online will be glad to know that a new mode has been announced by Rockstar Games. In a press release, the studio has announced the GTA Online Arena War mode!

Enter Arena War, where ruthless gladiatorial combat meets the bleeding-edge of vehicular modification technology in one spectacular – and highly combustible – competition. Sign up and embark on an entirely new career under the stratospheric dome of the Maze Bank Arena, one that involves turning your opponent’s brains into pulp on the steering wheel in the name of entertainment, courtesy of Alan Jerome Productions.

Compete in all new vehicle types custom built for the Arena across seven explosive new modes. As your Arena War career progresses, you’ll earn Arena Points and use them to rank up and unlock even more toys to take into the Arena or out onto the streets.

Once the mode is out tomorrow, we’ll be sure to let our readers know with a post.