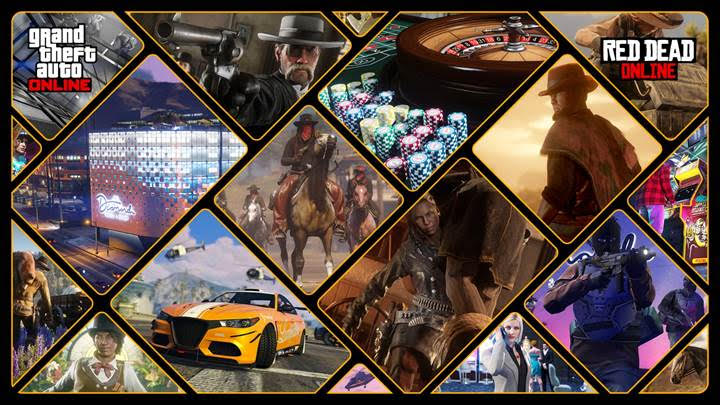 While Rockstar Games doesn’t really a lot of titles in each console generation, the studio doesn’t really need to, as every game they release becomes a multi-million best-seller even years after its release. Case in point? Both GTA Online (via Grand Theft Auto V) and Red Dead Online (via Red Dead Redemption 2) are doing very well — to the point that Rockstar is even giving out GTA Online and Red Dead Online free rewards as a thank you!

In the press release, Rockstar Games announced that both titles had a record-breaking holiday season in 2019! Here’s some of the achievements of both:

As a thank you, the studio is offering the following as free rewards and bonuses for GTA Online and Red Dead Online:

To celebrate these milestones, we will be offering huge bonuses in both games:

GTA Online will feature bonus cash of up to GTA$2,000,000 in its biggest cash giveaway yet. Starting on January 30th you can earn GTA$1,000,000 just by playing before February 5th and will be able to earn another GTA$1,000,000 by playing between February 6th and February 12th.

Red Dead Online players will receive a series of gifts including free access to select roles, special role item giveaways and more, including:

The Bounty Hunter’s Kit: Play between February 4th and February 10th to get a Reward for a Free Bounty Hunter license, 25x Bolas, and 25x Tracking Arrows.

Also included in the press release is Rockstar teasing what’s to come for both games this 2020! GTA Online will get an open wheel racing series featuring all vehicle types. As for Red Dead Online, the studio will expand on Frontier Pursuits with additional roles, new missions, and more.

Same as always, stick to MP1st for the latest GTA Online and Red Dead Online news.