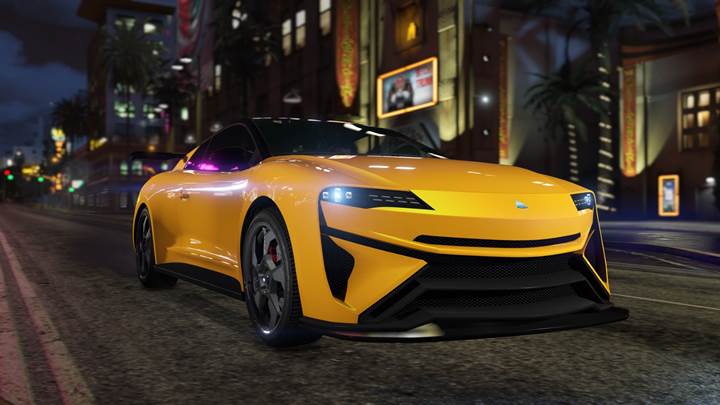 Rockstar Games has announced what’s in the GTA Online update this week, and it’s a good week for wheelheads! There are seven new racetracks, new vehicle customizaton options and lots more.

Take a look at the seven new tracks as well as their official descriptions below.

Height of Society
Forget the purpose-built track. For true open wheelers, it’s all about the historic street circuit. The narrow straights, the winding hairpins, the sun-drenched glamour of the French Riviera. Or in the case of the Vinewood Hills, the chubby insurance brokers doing yoga on their roof terraces. 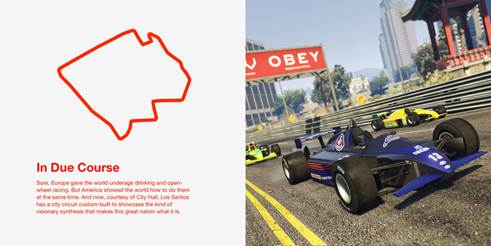 In Due Course
Sure, Europe gave the world underage drinking and open-wheel racing. But America showed the world how to do them at the same time. And now, courtesy of City Hall, Los Santos has a city circuit custom-built to showcase the kind of visionary synthesis that makes this great nation what it is 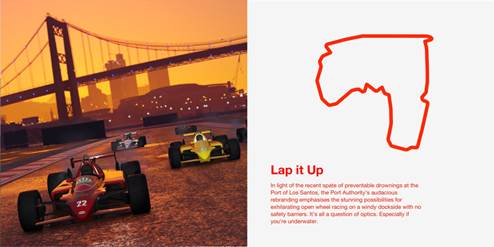 Lap it Up
In light of the recent spate of preventable drownings at the Port of Los Santos, the Port Authority’s audacious rebranding emphasises the stunning possibilities for exhilarating open wheel racing on a windy dockside with no safety barriers. It’s all a question of optics. Especially if you’re underwater. 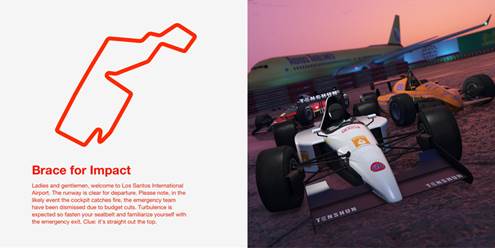 Brace for Impact
Ladies and gentlemen, welcome to Los Santos International Airport. The runway is clear for departure. Please note, in the likely event the cockpit catches fire, the emergency team have been dismissed due to budget cuts. Turbulence is expected so fasten your seatbelt and familiarize yourself with the emergency exit. Clue: it’s straight out the top. 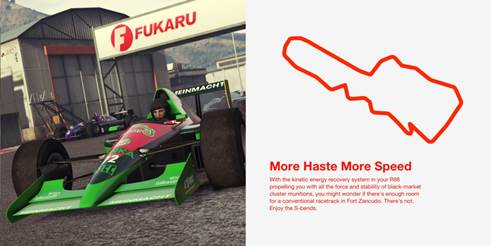 More Haste More Speed
With the kinetic energy recovery system in your R88propelling you with all the force and stability of black-market cluster munitions, you might wonder if there’s enough room for a conventional racetrack in Fort Zancudo. There’s not. Enjoy the S-bends. 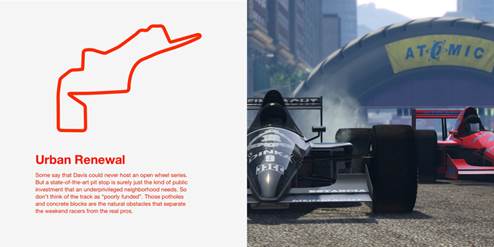 Urban Renewal
Some say that Davis could never host an open wheel series. But a state-of-the-art pit stop is surely just the kind of public investment that an underprivileged neighborhood needs. So don’t think of the track as “poorly funded”. Those potholes and concrete blocks are the natural obstacles that separate the weekend racers from the real pros. 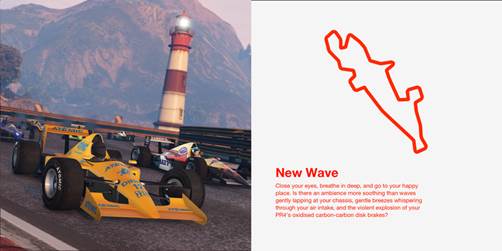 New Wave
Close your eyes, breathe in deep, and go to your happy place. Is there an ambience more soothing than waves gently lapping at your chassis, gentle breezes whispering through your air intake, and the violent explosion of your PR4’s oxidised carbon-carbon disk brakes?

R88
Optimization means never having to choose between the poise of a ballet dancer and the aggression of frenzied gorilla.

Check back next week for the next wave of new stuff Rockstar adds to the game.