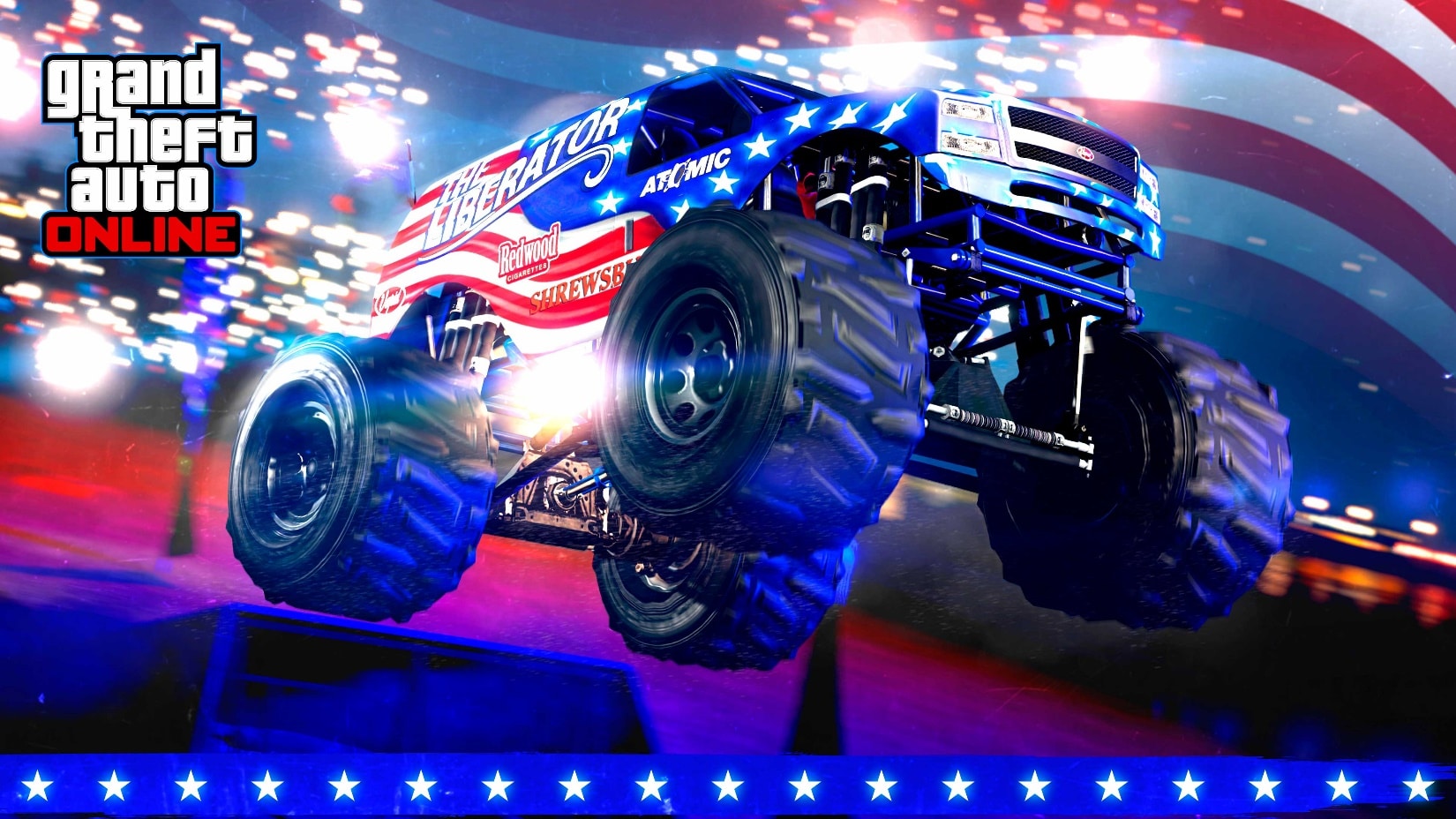 DISCOUNTS
Show your patriotic side by taking advantage of 50% off Independence Day instruments of destruction, customizations, fireworks, and more.

In addition to the discounts above, all players can pick up the USA Parachute Bag from any Ammu-nation totally gratis.

A Bunker is the perfect place to plot your next move, preferably while steepling your fingers and cackling like a super villain. Luckily for you, all Bunkers are half off for the next seven days, as are their Renovations and Modifications, so you can customize your lair to your exact specifications. Plus, see below for the complete list of vehicles on sale this week.

Stay tuned for next week’s update by bookmarking this page.