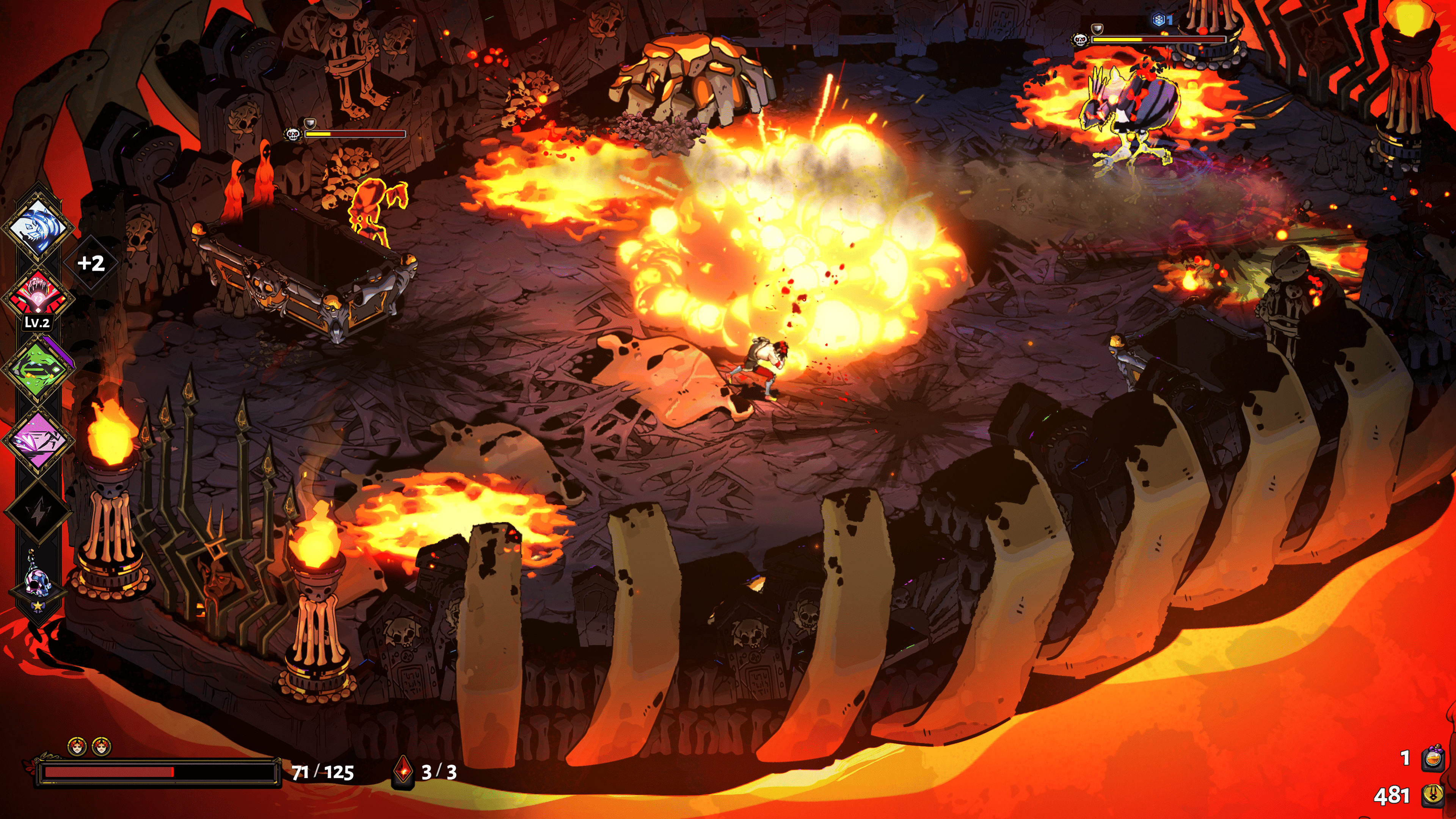 Released last year on PC and the Nintendo Switch, Supergiant Games’ multiple Game of the Year award winner, Hades, has finally made its debut on both the PlayStation and Xbox. Having skipped out on it originally last year, we thought it would be a perfect time to visit the Greek mythological roguelite title to see what all the rave was about, and man, does it not disappoint.

In Death There Is Life

I’m no stranger to roguelite games, and chances are, you probably aren’t either. They’ve been around for a very long time, though as of recent, have garnered quite a lot in popularity. Games like Dead Cells, Risk of Rain, and the recent Returnal all follow a similar structure in that, when you die all progress is lost and you start over again in a newly generated zone.

That’s short of it, and the appeal is that these titles tend to push gamers to the utmost challenge, with the rewards being the sense of accomplishment.

Fans of the genre know that there is nothing more satisfying than having a perfect no death run, but that never comes without the long struggle of dying. And this here is what makes Hades so unique, as death is fully embraced, and serves as an opportunity to advance further into the beautifully crafted world of Hades.

You venture through the belly of the Greek mythology underworld, slowly clawing your way out until you reach Mount Olympus. If you die, and you most definitely will, then you end up having to restart all over again. It is, at its heart, a roguelite title.

This all gets presented to the player through a top-down isometric viewpoint, with combat being heavily focused on hacking and slashing. It’s extremely fun, though I will admit the combat itself could have used a bit more in the combo variety. Still, through my many hours of sunken playtime, I can’t say I ever felt bored once, especially with all the collectibles and unlocks to earn. 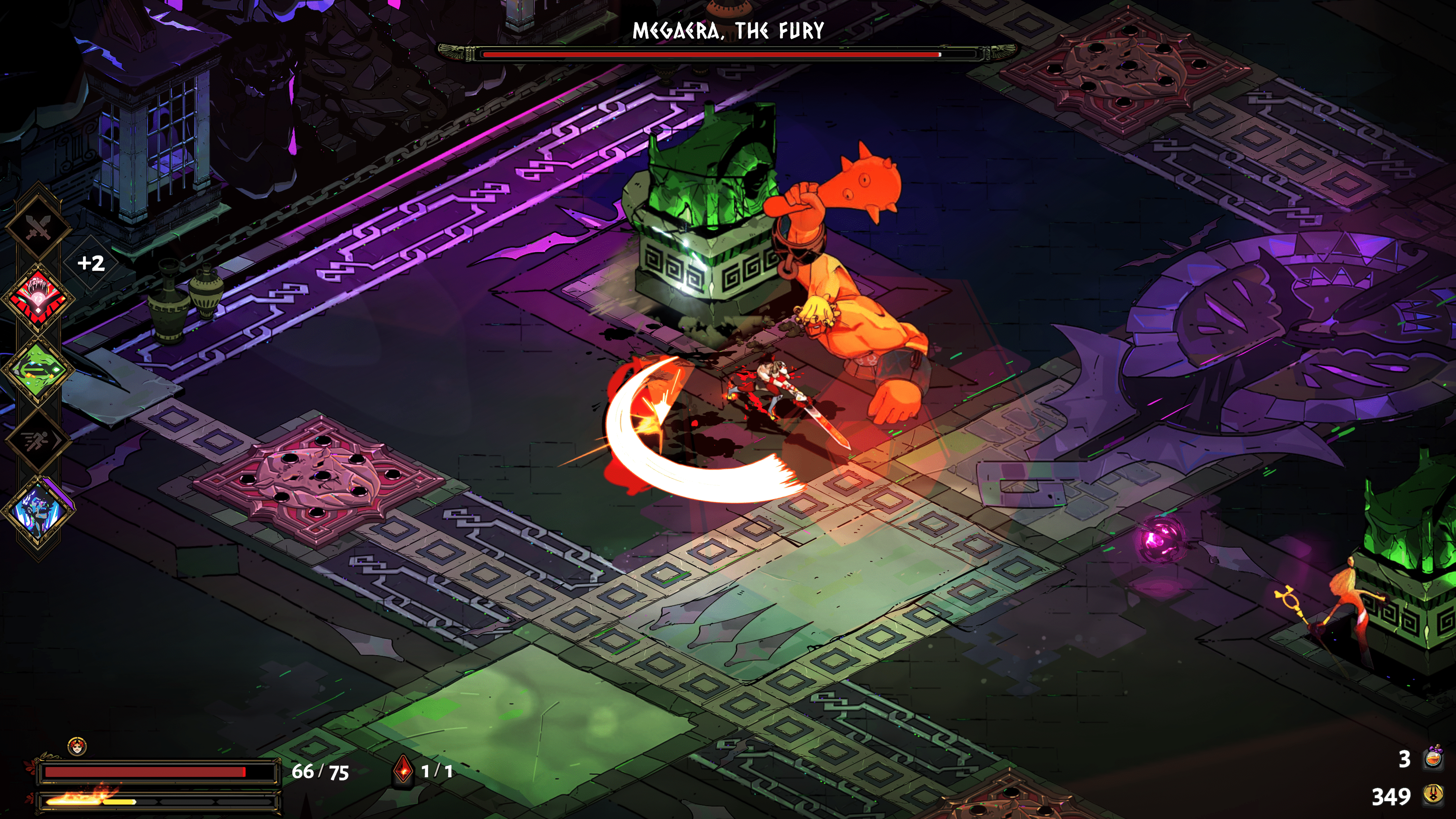 What sets Hades apart from the many other Roguelites out there is that the game doesn’t solely pit you at the mercy of the RNG (random number generator) gods when it comes to field pickups. Boons and other item drops are all random, as are the generated levels and enemy placement, however for every step you take, and every death you experience, you come back with a little more than what you started with.

Every level is littered with the opportunity to get objects known as Artifacts. These are types of currency that stick with you, even after death and their uses vary. For example, the Chthonic Key can be used to permanently unlock new starter weapons along with new passive skills. Those skills are permanent, and can be upgraded with another Artifact known as Darkness.

Upgrading is done through an object called the Mirror of Night, which allows you to boost skill stats for better effects. Wanting to be able to chain more dodges? What about starting a run with more health? Or maybe you just want to have a bit of gold to spend at the shop on boons during runs?

Even weapons can be selected before a run, and after beating Hades the first time you can upgrade them with certain perks. There is a lot that Hades does in order to aid you on your runs, more so than other roguelites.

I would argue that it is perhaps one of the most accessible roguelites out there. Heck it even has a “God Mode” that makes you more damage resistant after each death. Still, despite all the aid Hades provides the game still very much holds a tough challenge, especially after first completion, as modifiers can be added to runs for increased difficulty.

Then there’s the story. Whereas many roguelite titles end, Hades only gets started when you finally “beat” it. 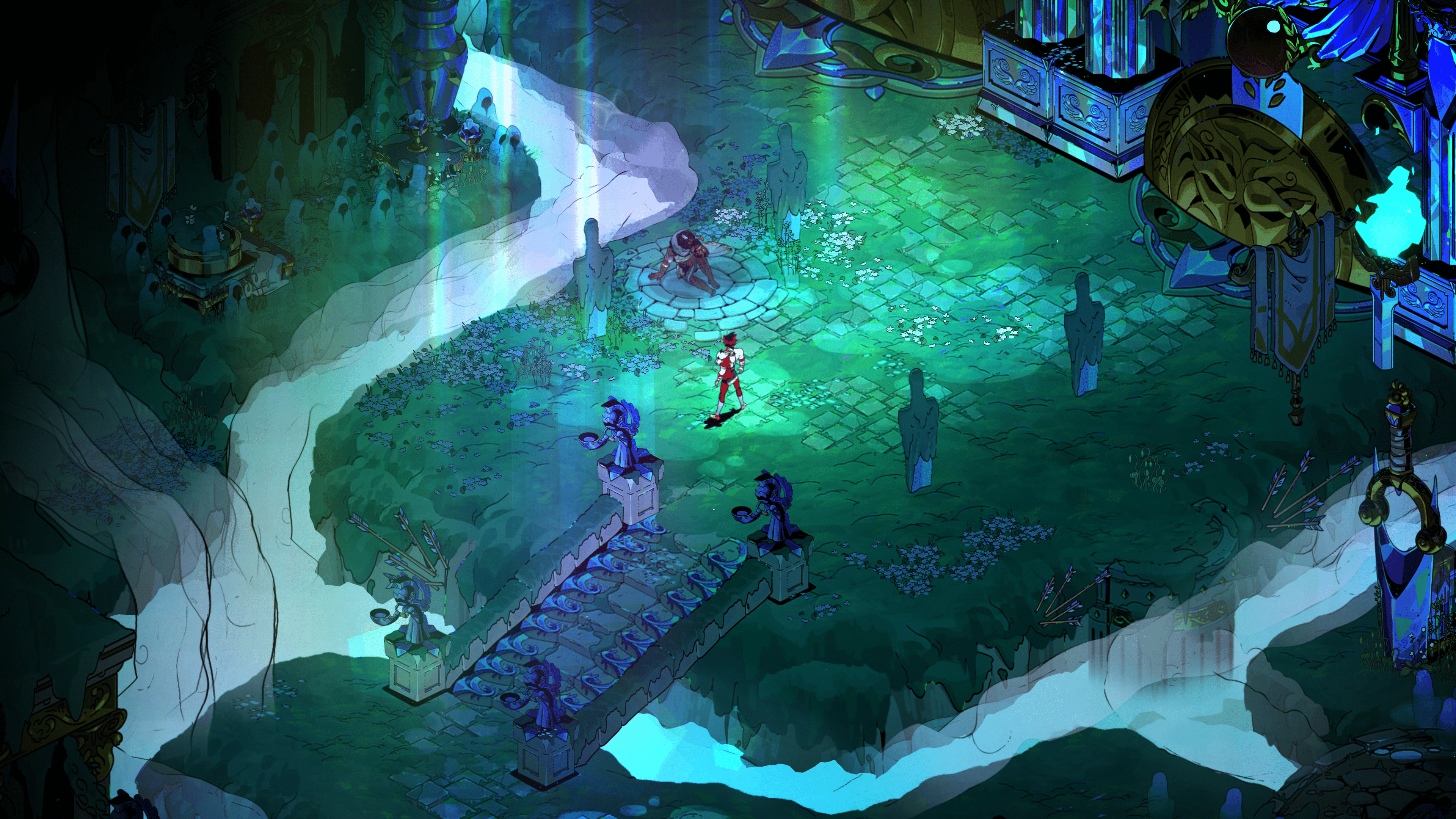 In Hades you take on the role of Zagreus, the underworld prince, son to none other than Hades himself. Having learned that Hades has had a son this entire time, the Gods on Mt. Olympus devise a plan to aid Zagreus, so that he can escape his father’s grasp and finally be free of all the disapproval torment he has gotten over the years. Hades, being the ruler of the underworld and all, quickly catches wind of this and begins unleashing every horrific beast imaginable in effort to thwart his son’s escape.

Zagreus certainly isn’t happy about this one bit, and having to face many foes who are clearly stronger than him, he’s going to find himself “dying” quite a lot through his journey.

It’s here where Hades shines most brilliantly as the concept of death isn’t presented as an endpoint, but rather an opportunity to further the narrative.

It does this by simply acknowledging that these characters are all going to die and eventually be reborn, and then die again, and again, and again — a vicious cycle that does not go forgotten for the sake of gameplay.

The starting hub zone is the first instance you’ll take notice, as upon returning from your first death NPC’s will comment on your progress, offering new insight into the game’s lore. When you go back to try and attempt a run again, the NPCs and bosses that you encounter will also change up their dialogue to reflect what has happened before. 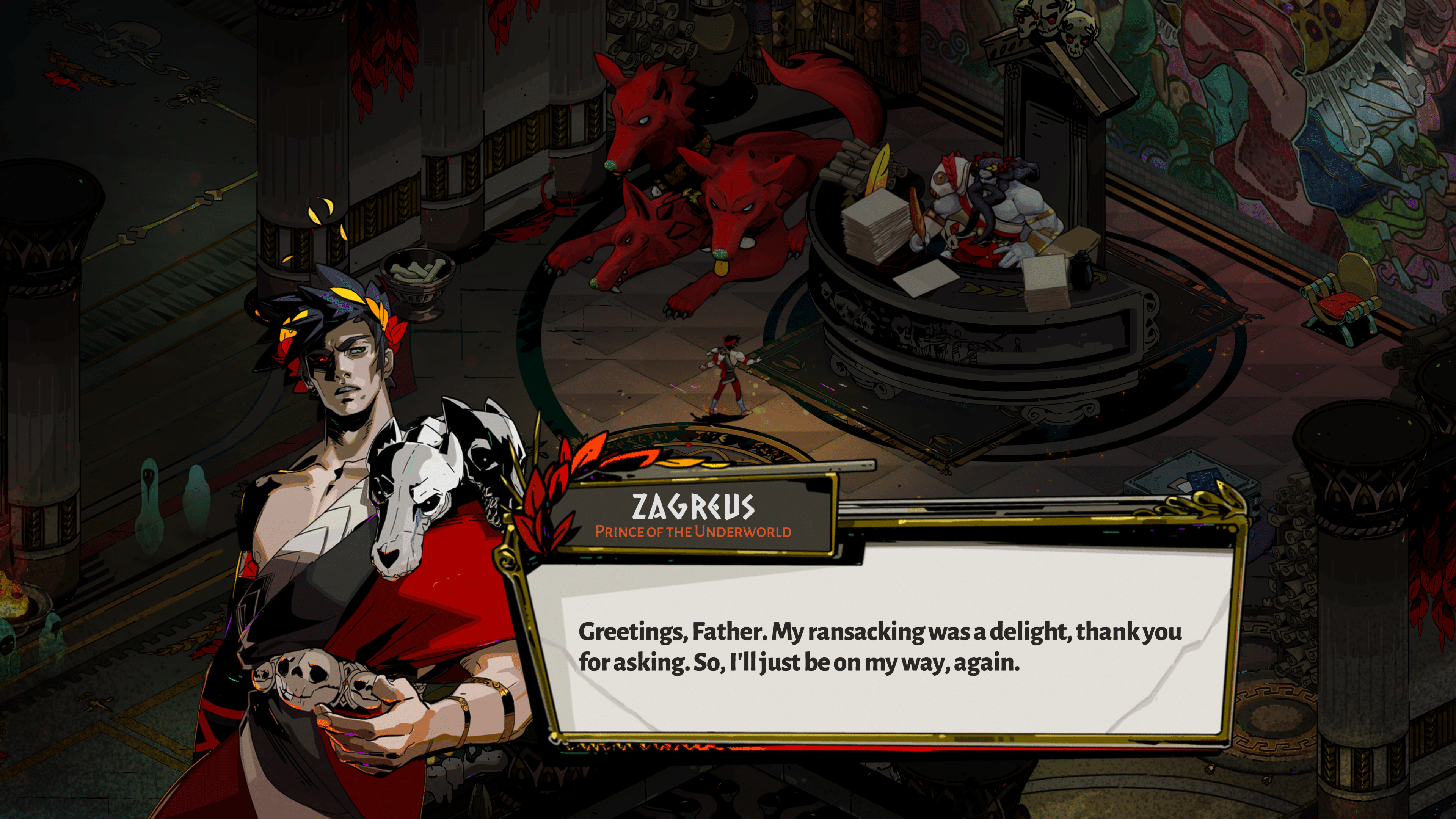 Take the first boss, one of the Furies of Fate. I died to her about five times, and each of those encounters were never the same when it came to her dialogue. Eventually I did defeat her, only to shortly fall after in the next biome. When I had reached her again, she acknowledged her defeat and even was surprised by how far I made it after her. This kept going on for several more runs after, and not just for her, but for every other character in the game.

That’s a rare sight to witness, and in fact, I cannot think of any title that endlessly evolves in not only it’s gameplay, but it’s story in the way Hades does. For the first time ever, I’m excited to die in a video game.

Of course it helps that the Hades has an engaging plot to hold players over, even well after they’ve beaten it. Every character you meet is gleaming with a unique personality, and how Supergiant Games portray each Greek God is stupendously fun.

While Gods like Zeus, Aphrodite, Hermes, and so many others don’t actually show up as fighters (well death does,) it’s fun to see them place their offerings in levels and bicker amongst one another in order to try and earn your favor. There are moments where you will need to select between two boons offered from two different gods. Picking either or always resulted in the other getting jealous and then sending swarms of enemies at you. It’s good humor in my opinion.

I was dumb for skipping out on Hades last year, but I’m glad that I was finally able to get around to it, because truthfully, this may just be one of the best games I have ever played. What developers Supergiant Games have done here is perfectly capture the roguelite experience, all while adding their own, unique twist in the mix, that not only works, but feels like a step forward for the genre as a whole. It sets a golden standard, one that hopefully others follow. 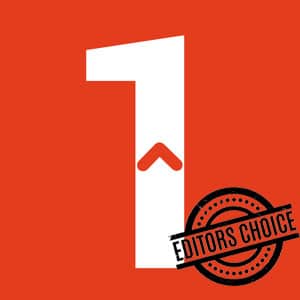 A review code for Hades was provided by the publisher and played on PS5. You can read SP1st and MP1st’s review and scoring policy right here.