Is This a Halo 2 Anniversary Hint From Microsoft?

This November 2014 marks the 10th anniversary of Halo 2, an original Xbox classic developed by Bungie.

Having launched 10 years, speculation is at an all time this year as die-hard fans anxiously anticipate the possible announcement of a special anniversary edition of Halo 2 for release on the Xbox One. Such was the case in November of 2011 when 343 Industries launched Halo: Combat Evolved Anniversary on the Xbox 360.

According the post, Halo 2: Anniversary would launch on the Xbox One on November 11 and would also include beta access to Halo 5 and access to a new live-action Halo series. 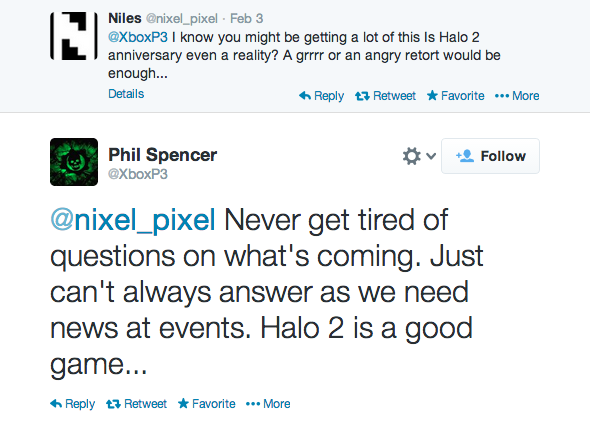 IGN reached out for a follow up, to which the company replied, “Other than confirming that your Halo journey on Xbox One begins in 2014, we have made no announcements related to specific titles. Any report or listing to the contrary is based solely on speculation and rumor.”

Do you sense it in the air? Is a Halo 2: Anniversary announcement imminent?