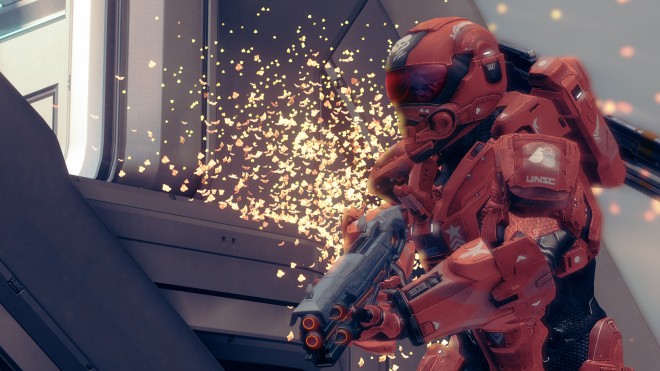 Next week 343 Industries delivers the Halo 4 War Games playlist many of you have been waiting for: Team Throwdown.

343 Industries Matchmaking Systems Team member “Bravo” writes on the Halo Bulletin, “we have been monitoring community game type settings and feedback over the past few months, and teamed up with competitive community leaders Walshy, StrongSide and Gh057ayame to build this playlist. We created an experience that will feature the popular ‘v2’ settings and maps, which have been carefully developed and tweaked for competitive play. The playlist will feature Team Slayer, Capture the Flag, Extraction and King of the Hill at launch.”

Last month, initial details of the Team Throwdown playlist were released which you can check out right here and compare with the v2 settings below, going live this Monday, February 18:

Bravo mentions that the team is aware that there is a portion of the community who’d prefer utilizing the DMR instead of the Battle Rifle as well as the ability to use secondaries, armor abilities, etc. He adds, “we are working with Walshy, StrongSide and Gh057ayame to develop alternate settings with balanced loadouts that offer varied options for Primary Weapons, Armor Abilities, Tactical Packages and Support Upgrades. We are still making final tweaks to these settings – they may launch with the playlist on Monday, or may be released in a future update.”

Speaking of updates, title update 2 is on its way and is “expected to release within the next two weeks,” writes 343i community manager Jessica Shea. Full update notes will be released after launch, but here are a few of the key points.

Keep your sights on MP1st for the full details on title update 2 when it goes live.