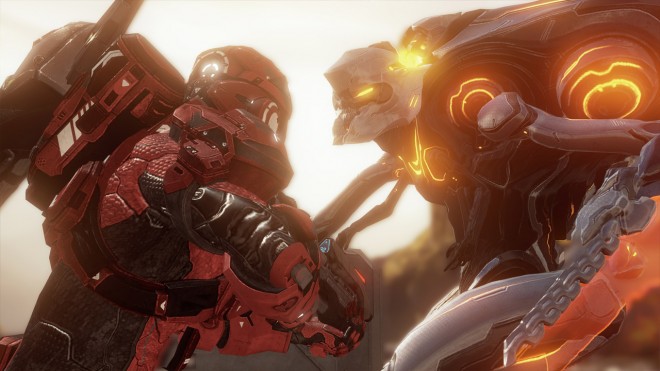 Due to this month’s upcoming Halo 4 Crimson Map Pack releasing December 10 and the Halo 4 Infinity Challenge commencing only a week later, Spartan Ops will be taking a mid-season break starting December 10 to give you the time necessary to take some of the new multiplayer maps and compete in the challenge, should you choose to do so.

No worries, however, for your entire Spartan Ops timeline will still be accessible and, in addition, 343 Industries will be adding a “Best of Spartan Ops” compilation next week made up of the following chapters:

343 writes, “Then, from December 17 – January 14, episodes 1-5 will be re-entered into Matchmaking (one episode per week) to support the Halo 4 Infinity Challenge, and allow anyone who missed the first run or wants to replay a previous chapter to easily find teammates online. The second half of Spartan Ops Season 1 will resume later in January with brand new episodes, chapters, locations and maps.”

Before getting into next week’s playlist update, lets take a look at last Monday’s update:

343 adds that despite being a smaller update, Halo fans can look forward to a bigger Title Update releasing “very soon.” It will tackle “actual game and gameplay issues, not sandbox tweaks and balances.”

As for this Monday, December 10, both Team Regicide and SWAT will be sticking around, booting King of the Hill temporarily in order to make room for the upcoming Crimson DLC playlist. It will be 6 vs. 6 and will include the following map and game type combinations:

These new maps will also be integrated into existing playlists with the update. Details below:

That wraps up this week’s update coming from the Halo Bulletin. What are you most looking forward to? New maps, the new Title Update or the upcoming Halo 4 Infinity Challenge?