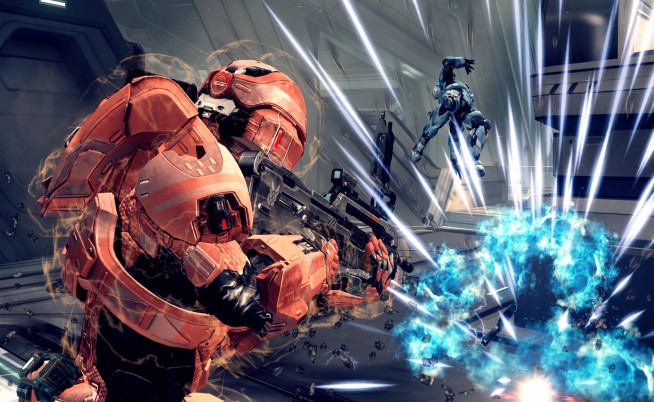 In a recent Q&A session on the NeoGAF Forums (via Gameranx), Ellis revealed that there are still plenty of weapons, weapon modifications and other sub-items that have yet to be shown and that were not presented at this year’s E3. So, Halo 4 fans can look forward to further details in the coming months. For now, you can catch some of the new weapons showed off at this year’s E3 demo.

Vehicles will also have seen a rather significant change from Halo: Reach, according to Ellis. Two examples given were that vehicle health has been tweaked and that the Banshee has been altered as well. In what ways, exactly, he was unable to reveal.

Halo 4’s lore seems to seep into the multiplayer in more ways than one. We’ve already learned that the UNSC Infinity from Halo 4’s campaign will be the hub of all multiplayer action in the game, but Ellis has also revealed that there are lore-based reasons for the teams being named “Team Demon” and “Team Fury”.

Halo fans looking for replayability in Halo 4’s Spartan Ops need not worry. According to Ellis, there will be different ways to replay Spartan Ops aside from either changing your loadout or changing the difficulty. No further details we given.

If you haven’t yet, make sure to check out a list of Armor Abilities, Tactical Packages and Support Upgrades that will help you to dispatch your foes more efficiently in Halo 4’s multiplayer.

Below, we’ve also included some top-notch Halo 4 MLG tournament  footage for your enjoyment as commentators Shibby and Walshy sit down with Halo 4’s lead multiplayer designer Kevin Franklin. Here, Franklin walks us through some of the tournament footage while detailing aspects of Halo 4’s multiplayer gameplay – a great watch for all Halo multiplayer fans.