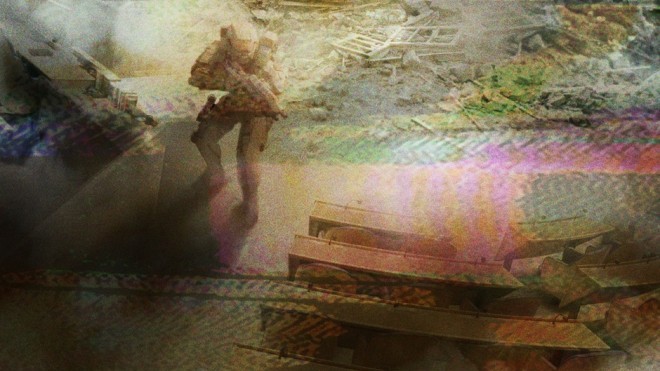 That’s one day before the company’s yearly media briefing at E3, which takes place this year on June 15, suggesting that the campaign will lead directly into any Halo 5: Guardians announcements or reveals 343 has planned for their presentation.

In a series of weekly podcasts called HUNTtheTRUTH, Halo fans have followed fictional war journalist Benjamin Giraud as he uncovers the deepest, darkest secrets of the Office of Naval Intelligence (ONI), the Spartan program, and the heroic Spartan 117, Master Chief.

Sysomos English has called the campaign “one of the most discussed advertising campaigns in March,” which now boasts a current total of 2.15 million listens across iTunes and Soundcloud. In addition, three separate announcement trailers for the game have been viewed online and on television more than 217 million times while over 250,000 fans have visited websites for the ARG. To-date, “Halo 5: Guardians” has also been referenced nearly 960,000 times across social media since the campaign’s start.

The campaign itself features a triple-A voice cast, including Keegan-Michael Key of “Key and Peele,” Cobie Smulders of “Avengers: Age of Ultron,” Kumail Nanjiani of “Silicon Valley,” and legendary actor Stacy Keach. Other voices familiar to the video game world include Jennifer Hale and Troy Baker among others.

If you haven’t been keeping up with the intriguing and sometimes shocking fictional events leading up to Halo 5: Guardians, you can have a listen to the entire series of podcasts on huntthetruth.tumblr.com.

Halo 5: Guardians launches on Xbox One October 27. We expect to learn much more about the game on June 15 during Microsoft’s E3 conference.