Collecting small puzzle pieces in the form of incomplete images that various Halo fans have begun receiving vie e-mail, the Halo community is beginning to piece together a larger portrait that may hold some clues to unlocking Halo 5: Guardians‘ secrets.

Thanks to the efforts of Halo Waypoint user samurai1226, the progress thus far looks a little something like this: 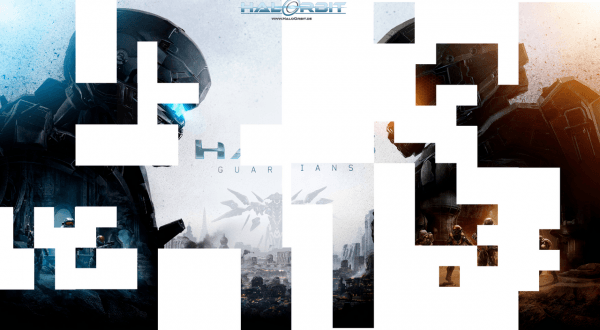 You’ll find a full-resolution image of the puzzle at this imgur link, which you can use to zoom in and out of at specific points.

The image so far suggests that both “heroes” are building their own formidable team of Spartans consisting of characters you might recognize if you’ve been keeping up with various Halo comics or novels.

Previously, Spartan Locke could be seen with his team of Spartan IV’s in various Halo 2 Anniversary cinematics during his hunt for Master Chief with the help of the Arbiter. Meanwhile, John-117 was last seen leading a squad of Spartans II’s in the Halo: Escalation comic book series on missions we’ve yet to discover

The idea of four Spartans to each side also lends itself to the idea that Halo 5: Guardians might have modes that center heavily around 4-player co-op, perhaps even in the story campaign. If, like Halo 2, players shift perspectives between Locke and Chief, their squad mates could easily serve as AI companions that can be taken over by a real life players.

What do you think? More to come, surely. Keep your sights on MP1st!