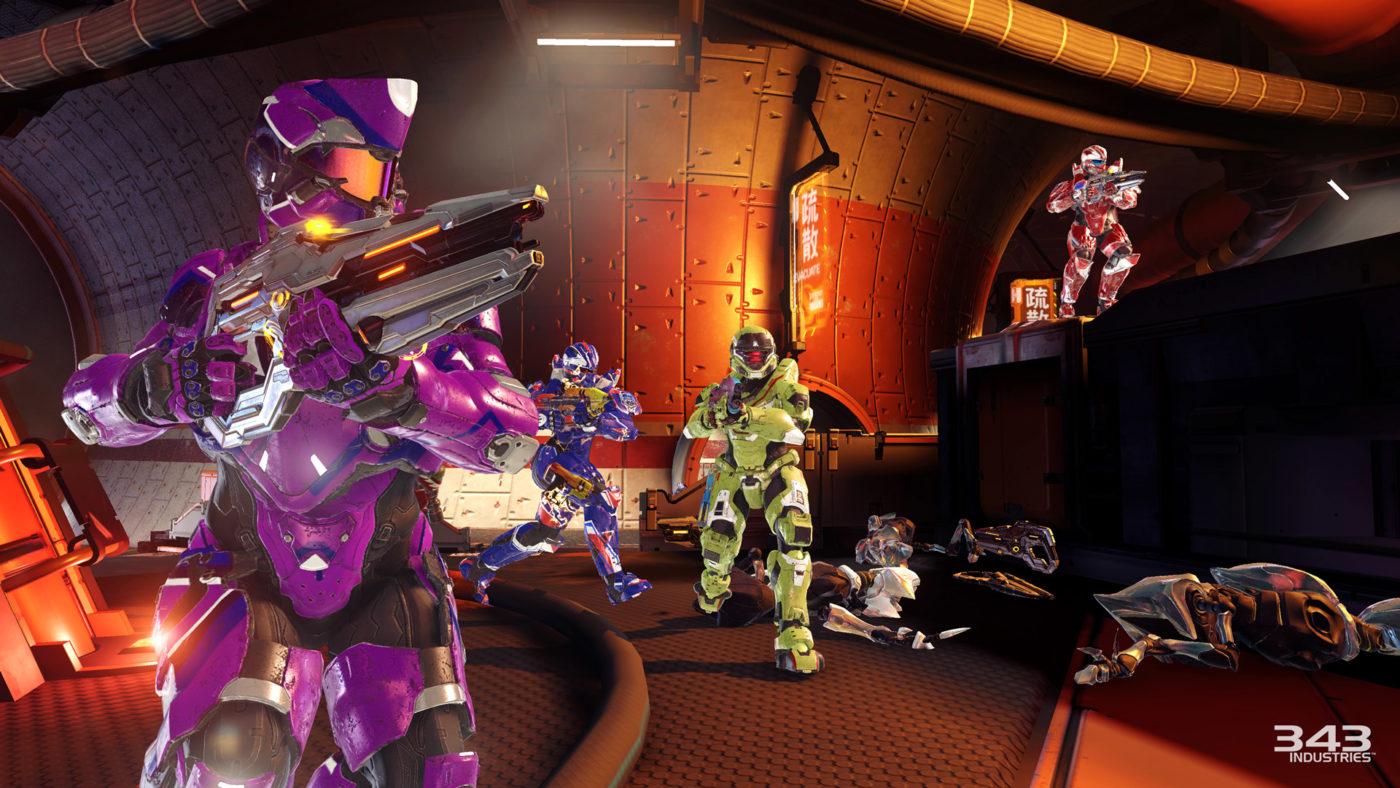 343 Industries’ latest community letter has new details on content updates coming to Halo 5: Guardians in the near future and some a little further along.

While Halo 5 fans have been treated to free updates arriving at a monthly pace, 343 says Halo 5’s next launch, Ghosts of Meridian, will end up missing March by a few days, launching in early April instead. As usual, “standard sneak peeks, developer commentary, and perhaps even some surprises,” are in store leading up to its release, says the studio.

A tight lid is being kept on Halo 5’s rendition of the popular Firefight mode, arriving in a future update later this year, but 343’s Community Manager, Bravo, was able to share this image:

From what we’ve seen in the latest trailer tease, we know that at least five spartans will be able to party up in a PvE environment while taking advantage of Halo 5’s REQ system. Beyond that, we’re not sure what awaits fans in Warzone Firefight.

As for the more immediate future, Fiesta is this week’s social playlist. “Today, the permanent social playlist shifted into party mode, and Social Fiesta will be available all week long (rather than just the weekend, based on feedback),” says 343. “The game type features random primary and secondary weapons, and is a true roulette wheel of Arena chaos.”

Give it a shot and see what combination of weapons you load-out with!