by James Lara
in News, Previews

Over four hours of hands-on experience, this Hellpoint preview leaves us wanting more from this Souls-inspired title. There’s a lot of the soul genre formula embedded in Hellpoint, which isn’t surprising considering that the developers, Cradle Games have been open about this being a Soulbourne-inspired title. From gameplay down to the way menus work, Hellpoint won’t be much of a stranger to fans of the genre since its rise in popularity.

The Lovechild of Dark Souls, Doom, and Deadspace

Right off the bat, the preview starts you off much like any other Souls title, completely naked with no true sense of direction. You get to roam freely in the opening level, learning the ins and outs all while leveling up. Combat functions the same, where you will always be cautious of every angle, slowly and carefully planning attacks around enemies. There’s a weak, fast strike and also a heavy one for each weapon. The game features a healing item and even rifts that are basically bonfires. Again, if you have played a Souls game then you will know how to play this game.

The difference, however, comes in a lot of the smaller mechanics that Hellpoint has to offer. Rather than enemies respawning at each checkpoint you touch, they work off a timer system and will sometimes even change their placements from their prior spawn. The healing item has “limited” uses, but can easily be recharged via killing enemies. There is a jump mechanic that is miles better than any of the Souls games we have played as it provides a level of platforming. In addition to character leveling, there is also weapon leveling that increases with each usage. And drop-in co-op is also available from the start, although in the preview build it was only split-screen. There’s also some roguelike features from titles like Risk of Rain and Dead Cells where depending on your action or speed, you may get a chance to explore new paths that could potentially lead to new rewards and even bosses.

Despite some of these differences, make no mistake, at the end of the day Hellpoint is a carbon copy of a Souls game. Whether that’s a good thing or not is entirely up to you, but as someone who has played other titles such as Nioh, Sekiro, and the Surge (and enjoyed them all), I’m actually quite fond of the decision to make it as Souls-like as possible. Unless it’s really bad, which Hellpoint isn’t, I’ve never been bothered by titles trying to cash in on the Soul games, especially if they are interesting enough to keep me engaged. The whole dark sci-fi fantasy setting that Hellpoint establishes is certainly a great setting that could provide some interesting story elements. 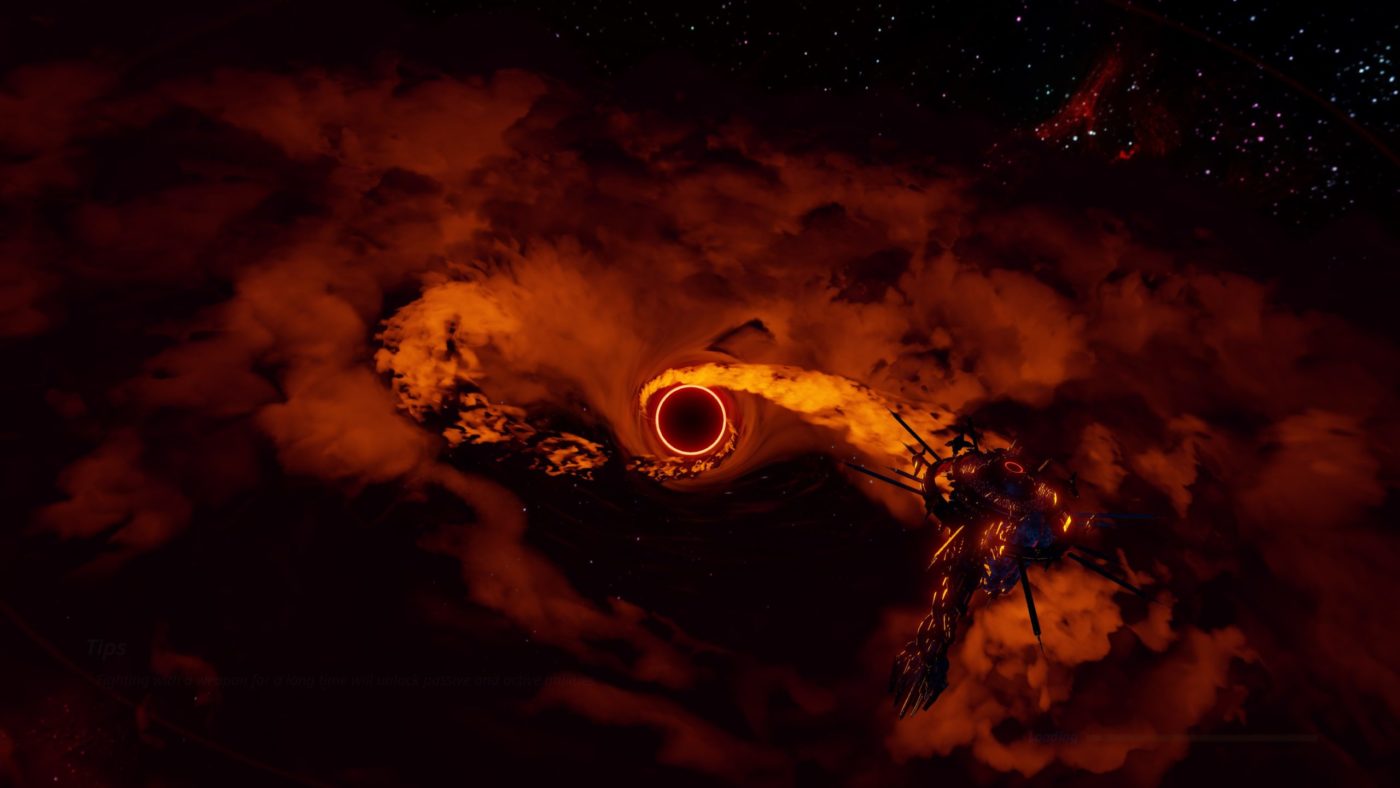 Hellpoint takes place on a now overrun by interdimensional entities space station that orbits a blackhole. You play as mysterious 3D printed character tasked with discovering what has happened on the station to lead to these unfortunate events. A pretty simple premise we could say, and yet despite taking place on a Space Station there is a lot of variety when it comes to visuals.  I’m a huge fan of H.R. Giger’s work, especially on the Aliens series. There’s a beauty to his work that is both disturbing yet beautiful at the same time. Hellpoint makes me feel the same with how levels are designed and the visuals they use to blend cold machinery with human and other bio-life components. Enemy’s designs can look pretty terrifying with their horrific features. I get a very “Doom” and “Dead Space” vibe from the general atmosphere with how dark and cold it feels. The whole sci-fi setting really suits the game and sets it apart enough to really want to invest in the story once it’s finished.

What of the Difficulty?

The major key with a soul title that many come to love is the sheer difficulty they offer. They’re unforgiving, ruthless, and at times extremely frustrating to the point that players will break in a fit of rage. Hellpoint for the most is heading in the right direction for players seeking a challenge as danger crept around every corner. The real fun is, you can run past an empty corridor and feel safe only for several enemies to spring out to wreck your run. It feels very soul like, and if you happen to level up too much you can increase the difficulty by using effigies. My only complaint with the difficulty was with the bosses offered in the preview as they were far too easy to beat, especially when compared to some of the higher tier enemies found in the standard stages. Hopefully, something that gets addressed in the final build of the game, though it was clear that some of the later ones were still being worked on. This was after all a preview build that was only meant to give us a small taste. 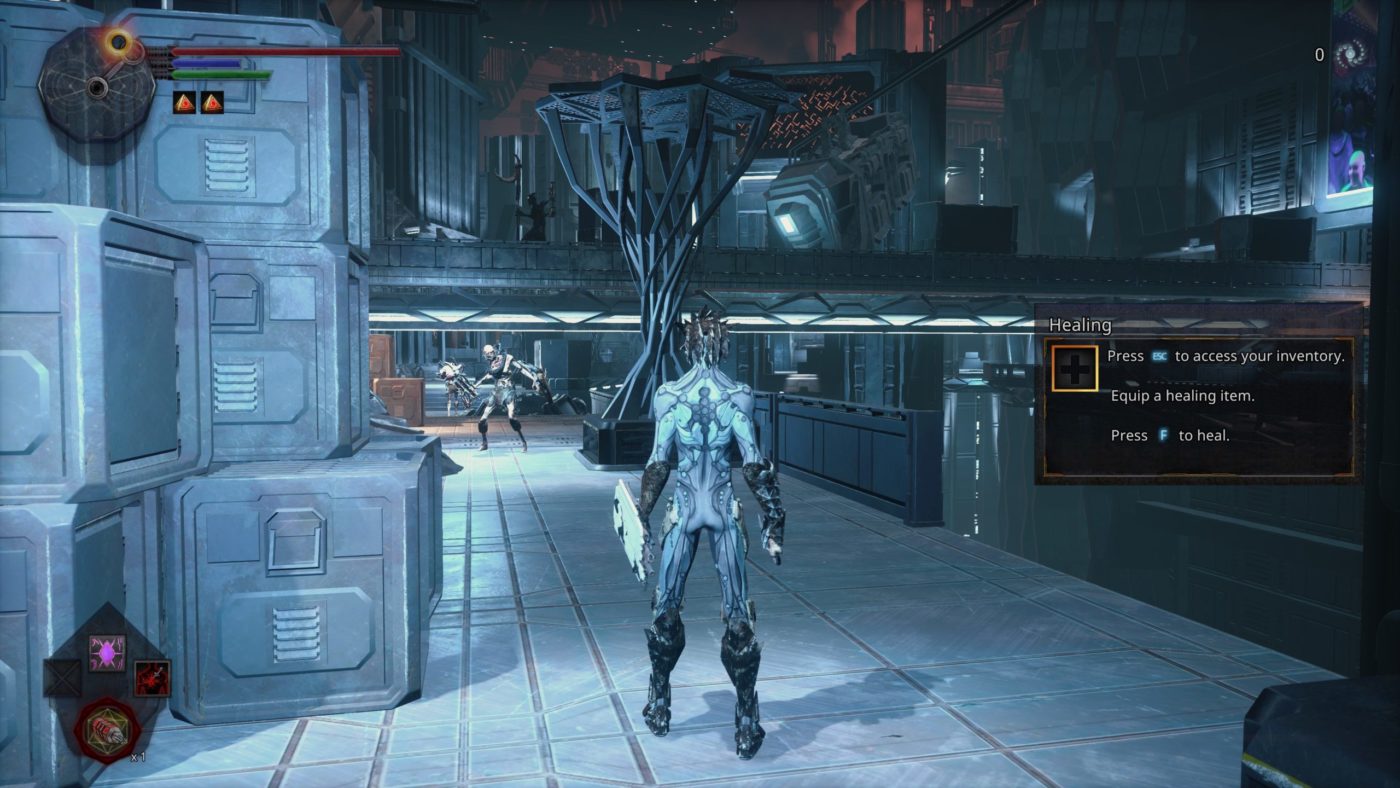 Overall, I loved what I got to try out in this build. For someone who has played basically every Soulborne title out there, HellPoint can sit comfortably amongst them if it continues to go the direction it’s in. Sure it’s essentially a carbon clone of Dark Souls, but I don’t mind that as it’s still fun and engaging at the end of the day. It does have some rough patches here and there that need some more work, but I look forward to the final build once it releases. Hellpoint is scheduled to release on PlayStation 4, Xbox One, and PC this April.

Outside of the visuals, which will most likely be touched up as we approach launch, the one big component that bugged me throughout the entire preview was the sound design. It takes a lot to really get under my skin when it comes to sound, and unless there’s an obnoxious repeating of lines or sound cues, I’m usually not too bothered by it. There was some leather armor wear that made me want to pull my hair out as every step the character took you could hear it constantly rubbing against them. Something minor I just wanted to point out, and the easy fix was just not to wear it. I think the bigger issue was sound had to when it came to the soundtrack.

There’s a soundtrack in Hellpoint, one that surprisingly sounds good or at least it would if sounds weren’t muffled. It’s hard to hear and we aren’t sure if it’s because it’s part of the soundtrack or just the environment causing it. I do know that my friend and I found the bass to be too high in certain sections.

These can be a hit or miss as often we found ourselves attacking an enemy for it to miss or not do any damage upon impact. The Iframes can get a bit annoying as you can rush and attack enemies that are standing up. Very minor complaint.

Out of all the weapons in the game, I wasn’t as excited as I thought I would be when I unlocked the gun. When facing an enemy that uses them they’re pretty dangerous to deal with since they hurt a lot. It doesn’t work the other way however as DPS was rather low to make them not worthwhile. A buff to their damage would be great.

This particular build didn’t have any online co-op just local play. Thankfully there are PC apps that could resolve this and the co-op experience just adds a whole layer of fun. Sure it made the difficulty easier, but that’s usually what co-op is intended to do. I would say some options to scale enemies count or difficulty (outside of effigy use) could be nice for those seeking a greater challenge.