While it might be fun flying around the open world of Anthem, those who are after specific things might not appreciate the endless scouring, and searching. If you’re one of the people who’d rather go from one point to the next, and take out the endless exploration, you’re in luck!

Reddit user Dicejss has made what appears to be the complete Anthem map locations of everything in the open world. There are markers for Chests, World Events, Titans, Cortex Entries and more! Check out the images below. 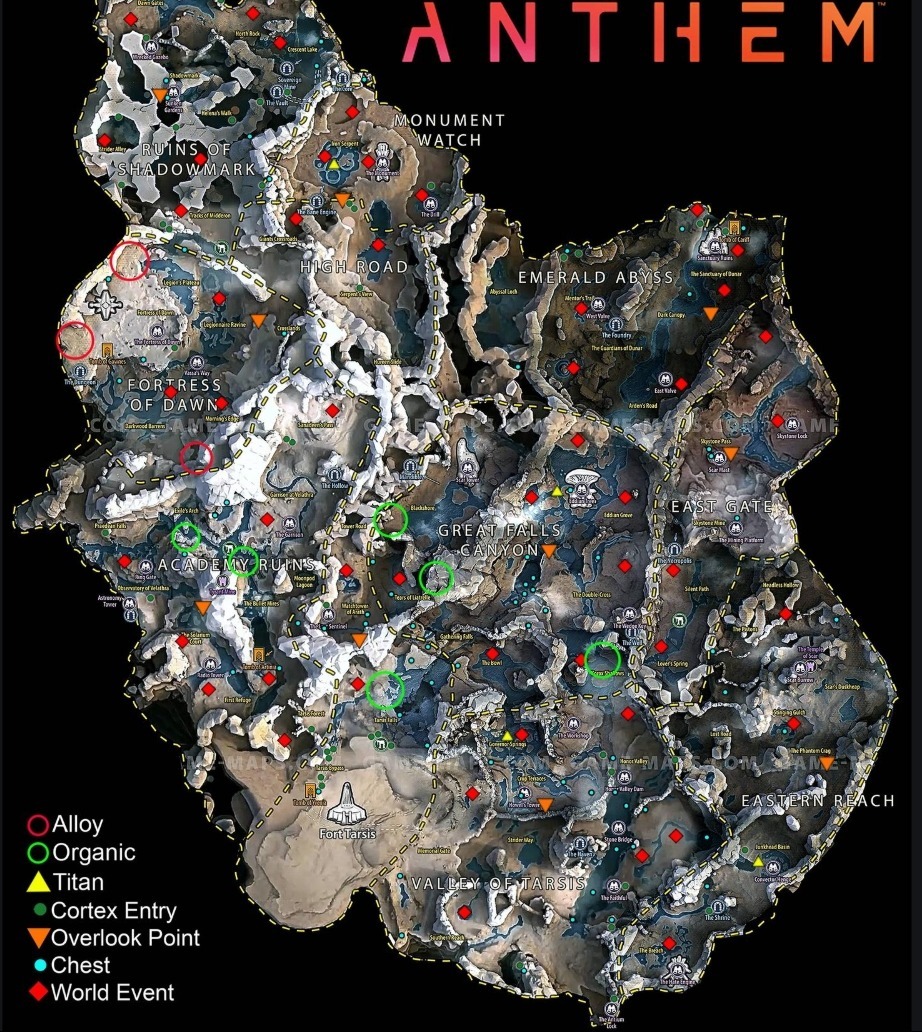 There’s even a colorblind version as well.

If you need more info regarding Anthem, we also posted the complete Legendary and Masterwork items list, which should be super handy.

In other Anthem news, it seems the PS4 version of the game is having a lot of technical issues, with one gamer even saying that his console got bricked because of the game! Over the weekend, we reported on how a YouTuber got perma-banned from Anthem due to apparently exploiting the game’s economy.