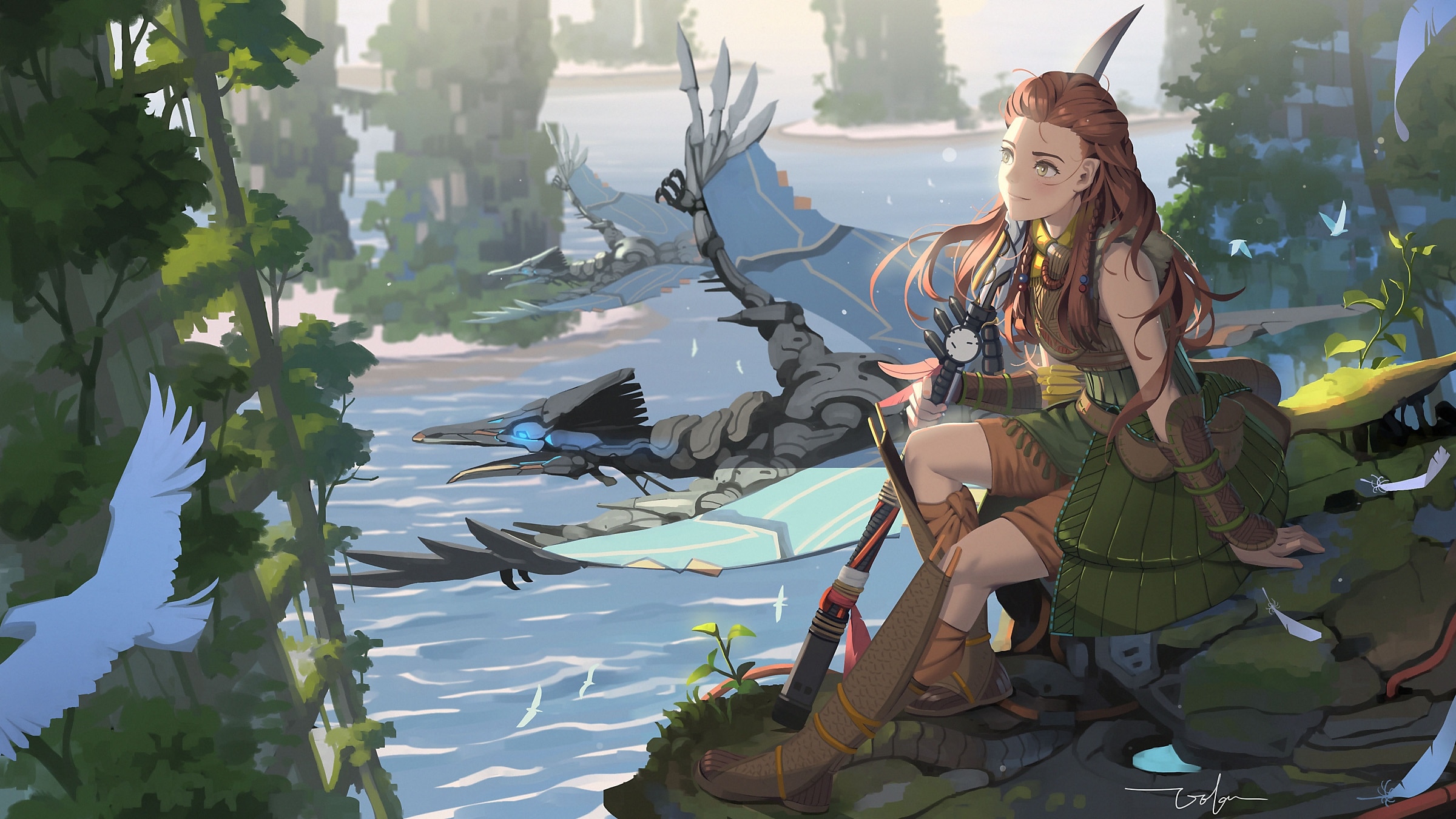 To celebrate the launch day of Horizon Forbidden West in Asia, Sony and PlayStation prepared some real-life activities and more for the biggest fans of the series! The highlight is a life-sized statued in Seoul, Korea of a Clawstrider machine, but if you’re not in the area there are still some celebratory stuff to be found online, and you can check them all out below.

Kicking things off is the life-sized Clawstrider Machine statue. Located in 1st floor Atrium Square of Lotte World Mall in Seoul, South Korea, the life-sized statue was built meticulously with close collaboration with Guerrilla Studios and it showcases Clawstrider, a machine that is covered from head to tail in razor-sharp plates and equipped with vicious claws on both feet and forelimbs. The statue will be displayed until March 2, 2022. Check out an image of the Clawstrider below: 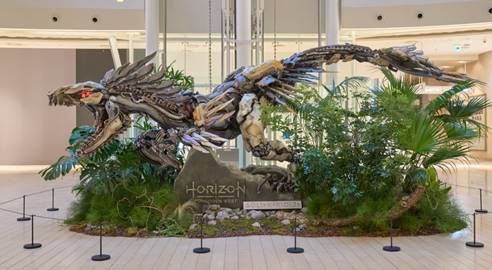 If you don’t live in Korea, don’t fret! You can still celebrate the Horizon Forbidden West launch day as Guerrilla Games also partnered with a few prominent Asia-based illustrators: Ravee of Titans (Thailand), Ann Maulina (Indonesia), Lee InHyuk (South Korea), VOFAN (Taiwan, also best known for his illustrations in Nisio Isin’s Monogatari light novels), and Little Thunder (Hong Kong). All of them have created special illustrations of Aloy, which you can use as desktop or smartphone wallpapers. Check them out here, as well as more details on the illustrations themselves.

Finally, if you’re feeling up for crafting yourself, you can also check out a video guide on papercrafting some of the more memorable Machines in Horizon Forbidden West. Check out guides for the Clawstrider and Sunwing papercrafts below:

Drone shows were also held in both Saudi Arabia and Russia for the release of Horizon Forbidden West. Check it out below:

Another drone show for #HorizonForbiddenWest – this time in Saudi Arabia!

In case you missed it, you can also check out our review of Horizon Forbidden West here, where AJ writes, “Aloy has quickly grown into one of my favorite Sony protagonists and the wide cast of characters each bring their own unique flavor to the game. Higher quality side quests, combined with a main campaign that feels grander in scope, and is much better paced than the original make for a strong story, and the beautiful environments, combined with highly detailed character models and improved gameplay make this an early candidate for Game of the Year.”

EA Denies Battlefield 2042 Launch Failure Was Because of Halo Infinite