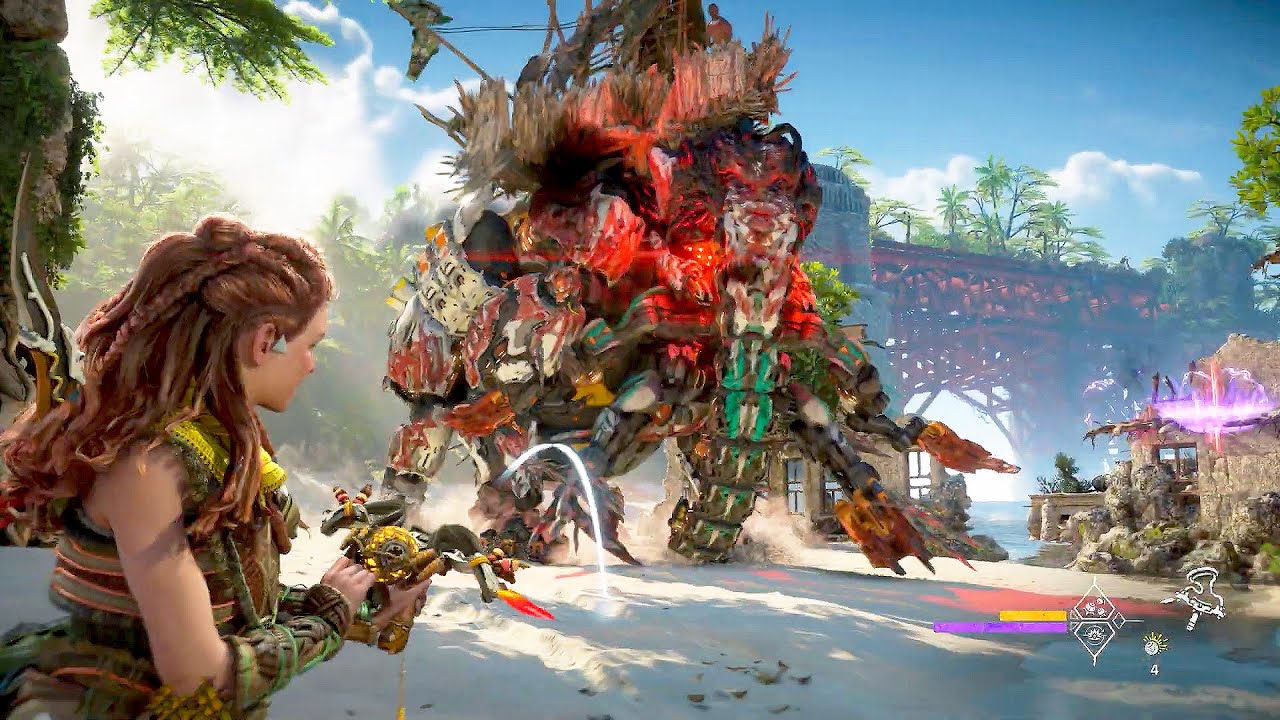 Guerilla Games is pushing the world of Horizon and the creatures they’ve created to its limits, as the Horizon Forbidden West enemy types were revealed in the latest information drop. In addition, the studio revealed that metal beasts are much deadlier and challenging to face, providing the main heroine Aloy with lethal opponents to overcome in the sequel!

According to Principal Machine Designer Blake Politeski, adding new kinds of machines in Horizon Forbidden West was a new challenge he was willing to take after designing the ones that appeared in Horizon Zero Dawn — most of which will be returning in the sequel.

“It was interesting to figure out what type of machines would live in different ecological zones, and how they would interact with each other, their environment, and of course humans. Machines are the so-called caretakers of this world, so how they perform their roles and what the player can do to use these behaviors to their advantage was always interesting to consider.”

So far, the returning enemy types that have been mentioned or confirmed to appear in the game are the following:

Some of the metal beasts Aloy will encounter will be:

Check the metal beasts in action in this compiled .gif!

With 25 different enemy machine types set to appear in Horizon Forbidden West, players can expect to meet new types of metal beasts such as flying creatures like the Stormbird and the large mammoth like creature known as the Tremortusk. Other machines such as the Clawstrider can be used to help Aloy get through her journey as creatures she can ride on, while exploiting the weakness of creatures like the Sunwing will come in handy.

In fact, Aloy’s new abilities will serve her well in getting through these metal beasts and the new terrain in Horizon Forbidden West, and you can read about that here.