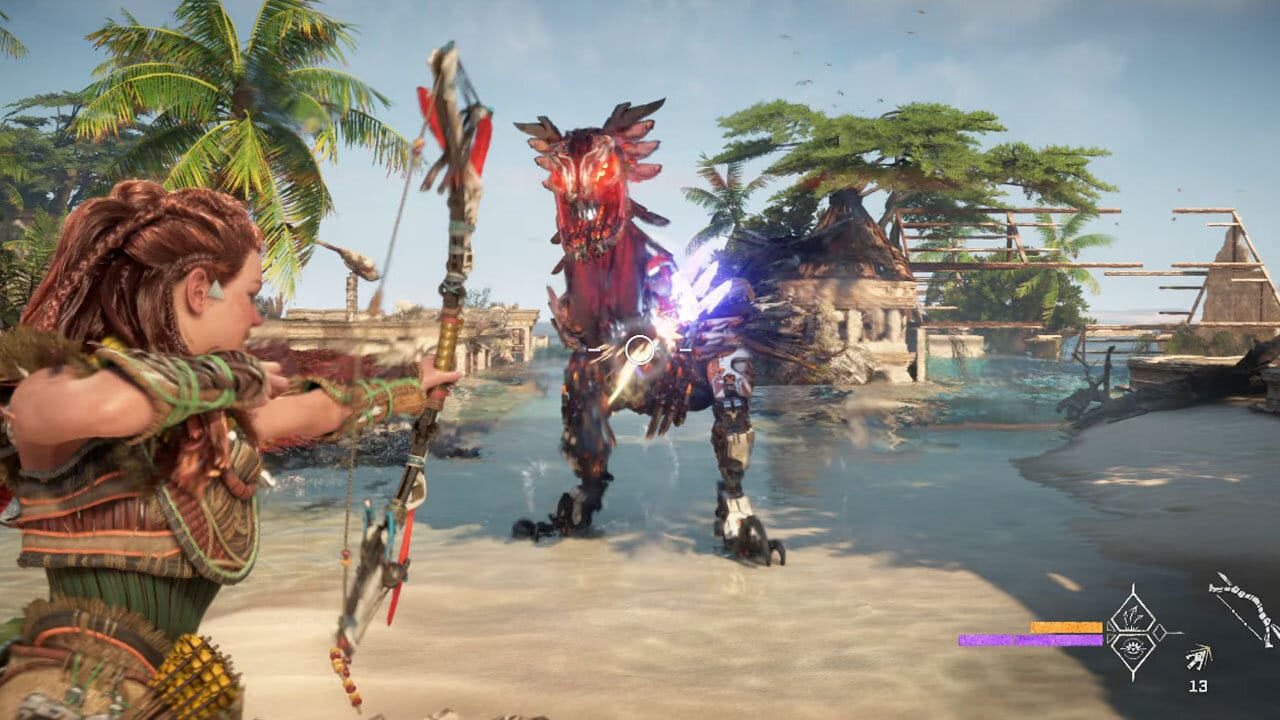 Learn to survive and take on new challenges in a post-apocalyptic world filled with wild machines, as Guerrilla Games discusses Aloy’s new abilities in Horizon: Forbidden West — giving players an idea of what new gameplay changes are coming to the highly anticipated sequel.

In a blog entry released by PlayStation, Guerrilla Games discusses the new traversal options and immersive exploration the sequel provides with new tools, abilities and weapons that augment Aloy’s abilities in the field to take on the adversaries that come her way. This will give her more options to navigate the terrain and take on enemies — and all will come in handy skills and powers to take on the machines.

Here’s a look at the various new abilities Horizon: Forbidden West will grant Aloy as she embarks in her biggest adventure yet.

For those who need bullet points on the new abilities Aloy has, here they are.

There’s definitely a lot of new stuff to learn in the sequel, and the developers chime in on why they made things challenging for Horizon fans and players.

“We put a lot of effort into creating more choice and depth for the players, and are super excited to see how people will play as Aloy with so many new possibilities of skills, weapons and gear she can obtain throughout the mysterious Forbidden West. We had a lot of fun creating cool and powerful combinations for players to discover, and we hope people will enjoy the game when it launches!”

Despite the new power-ups and upgrades, Guerrilla Games also makes things harder for Aloy as enemies can now face her in groups. That’s definitely going add more challenge and replay factor to the game, and it’s something players can get excited for when the sequel arrives for PlayStation next year.

Check out the 15 minute gameplay trailer for Horizon: Forbidden West if you missed it showing of Aloy’s abilities in action. The game will be released for PS5 and PS4 on February 18, and you can check out the different editions coming for that game here.