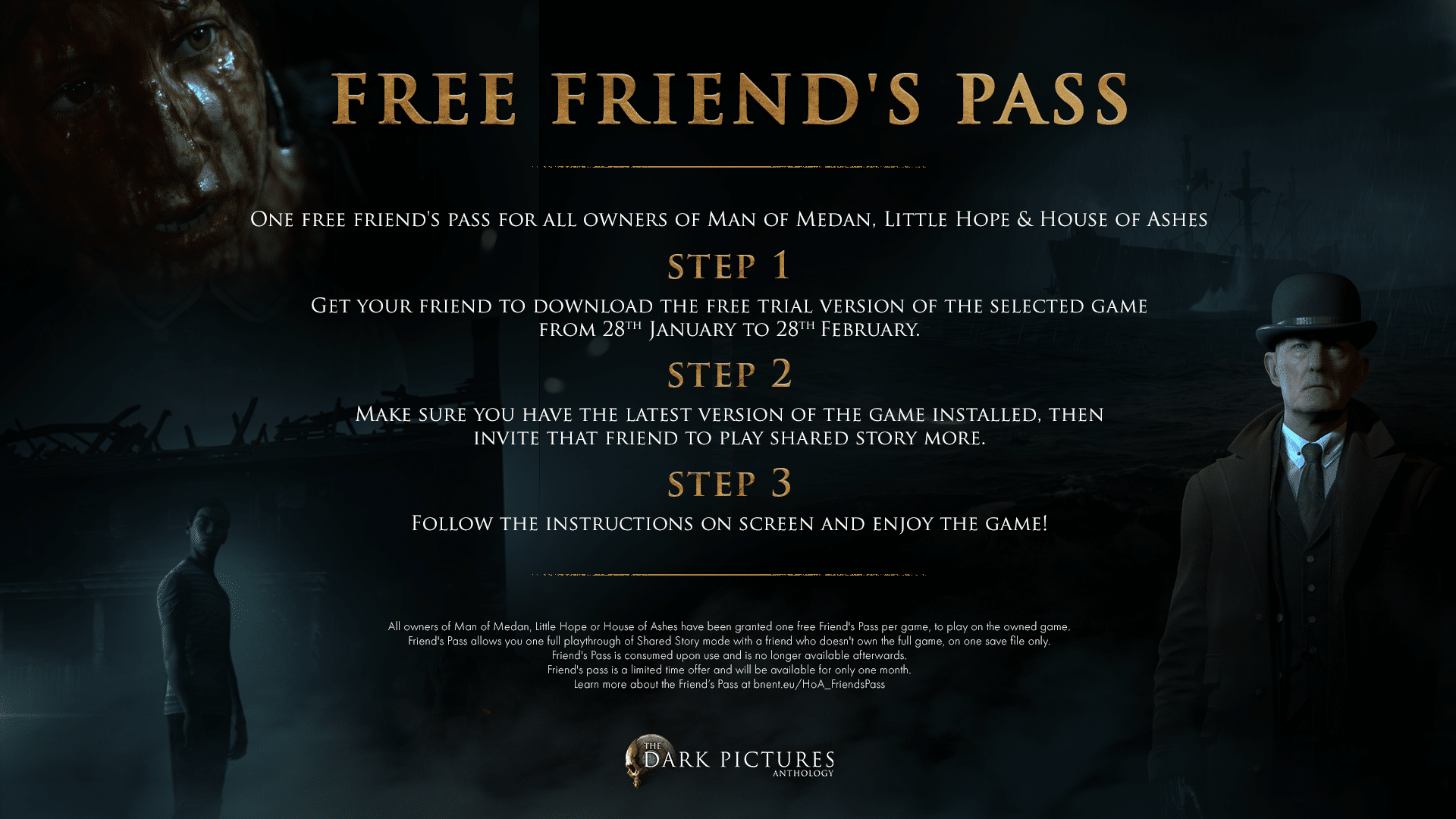 Here’s the info straight from the press release:

All existing owners of any of the three entries in the series, Man of Medan, Little Hope or House of Ashes, will gain access to a free Friend’s Pass – enabling players to experience one full playthrough of that game via Multiplayer Shared Story mode with a friend who does not own the game.

The House of Ashes Curator’s Cut is now free for everyone! Originally released as a pre-order DLC bonus, the Curator’s Cut can now be unlocked for all players once they have completed a playthrough of the game in theatrical (normal) mode. The mode allows players to replay the game from a different perspective, with different playable characters in certain scenes, new choices, new outcomes and frightening new deaths.

That’s about it for this patch. If you haven’t played the game yet, go read our review where we gave it a glowing 8/10 score, and state, “House of Ashes might not offer anything groundbreaking for horror fans, or those used to Supermassive Games, but it doesn’t really need to. Those interested in this knows they are getting a cinematic, horror game that is just as fun watching, as it is playing. It won’t win anyone over who’s expecting a groundbreaking experience, but for those wanting a bit of some B-Horror action in their life, especially with Halloween around the corner, this might just be the game for you.”