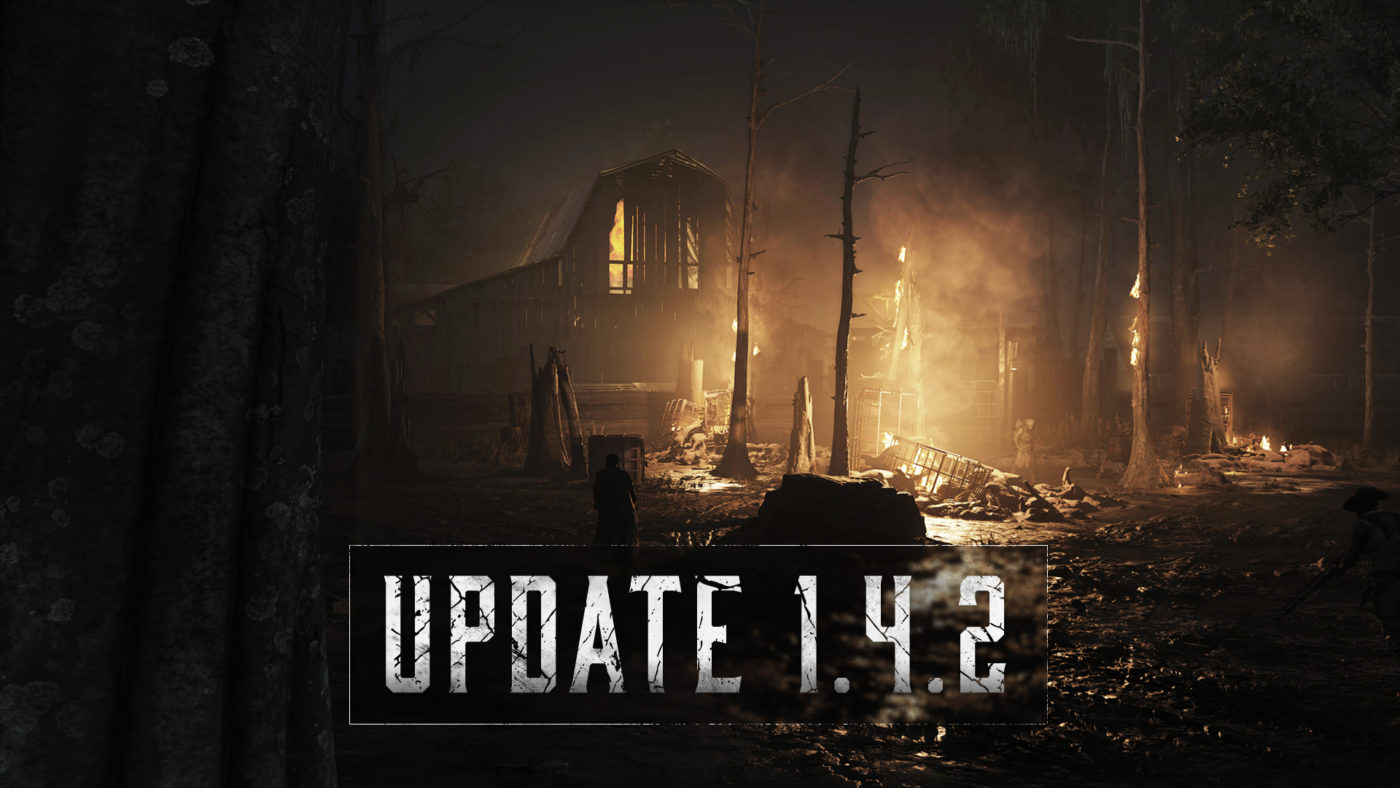 While PC hunters got the big Hunt Showdown patch a few days ago, it’s now out on consoles too! Crytek has released the Hunt Showdown update 1.11 August 6 patch, and it brings new Legendary content, technical and gameplay tweaks and more.

Note: With this update we have distributed the promised compensation for our Twitch Drops campaign.

If you watched… You will receive…

Conduit
“Get a health and stamina boost when picking up a Clue, Rift, or Bounty token”
Heals 50 hp, same as before.
Instantly refills melee and sprint stamina.
Takes effect when any bounty token is transferred to the player (even via Serpent).

Catfish Grove – “Fall Where They May”:

Developer Note: The unpredictable spawns of the Immolators and Hellhounds in combination with having to avoid any kind of damage was too punishing, so we decided to adjust the challenge-requirements for the difficulty to be more in line with the other wave challenges.

The Chapel of Madonna Noire – “Fire in the Bones”

If there are console-specific changes, we’ll be sure to update the post to reflect it.