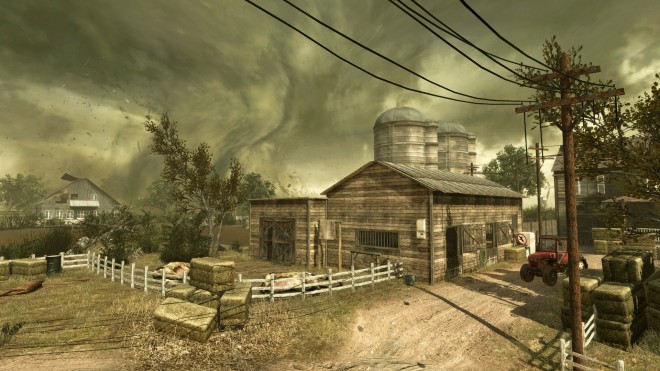 The east coast of the United States has been, and continues to be, battered by an Atlantic super-storm named Sandy. While the worst has passed, many gaming and website servers housed in New York and the eastern coast have taken the brunt of it.

Dan Amrich, the Activision public relations coordinator, has posted a helpful article on his blog website detailing that some Call of Duty multiplayer servers may be unstable until Activision manage to re-establish full connectivity. The following games and their respective online multiplayer servers may be out of action or experiencing disruptions:

It appears Call of Duty 4 and Modern Warfare 3 are largely unaffected.

Infinity Ward tweeted out earlier confirming possible intermittent outages on Modern Warfare 2, saying that “our New York data center is currently experiencing issues due to Hurricane #Sandy. You may have trouble with MW2 multiplayer.”

Infinity Ward Community Manager Tina Palacious, also generalised that “if you’re having issues connecting in MW2, Black Ops, or World at War it’s because we’re having issues with our data center in New York.” She also stated, when replying to a question, that Modern Warfare 3 servers should be largely unaffected and they are “not aware” of any issues.

We’ll keep this article updated with as much detailed information and news for when we receive it.

Have you been affected by Super Storm Sandy? What other games and websites have you noticed having issues due to the hurricane’s passing and land-fall over eastern USA?