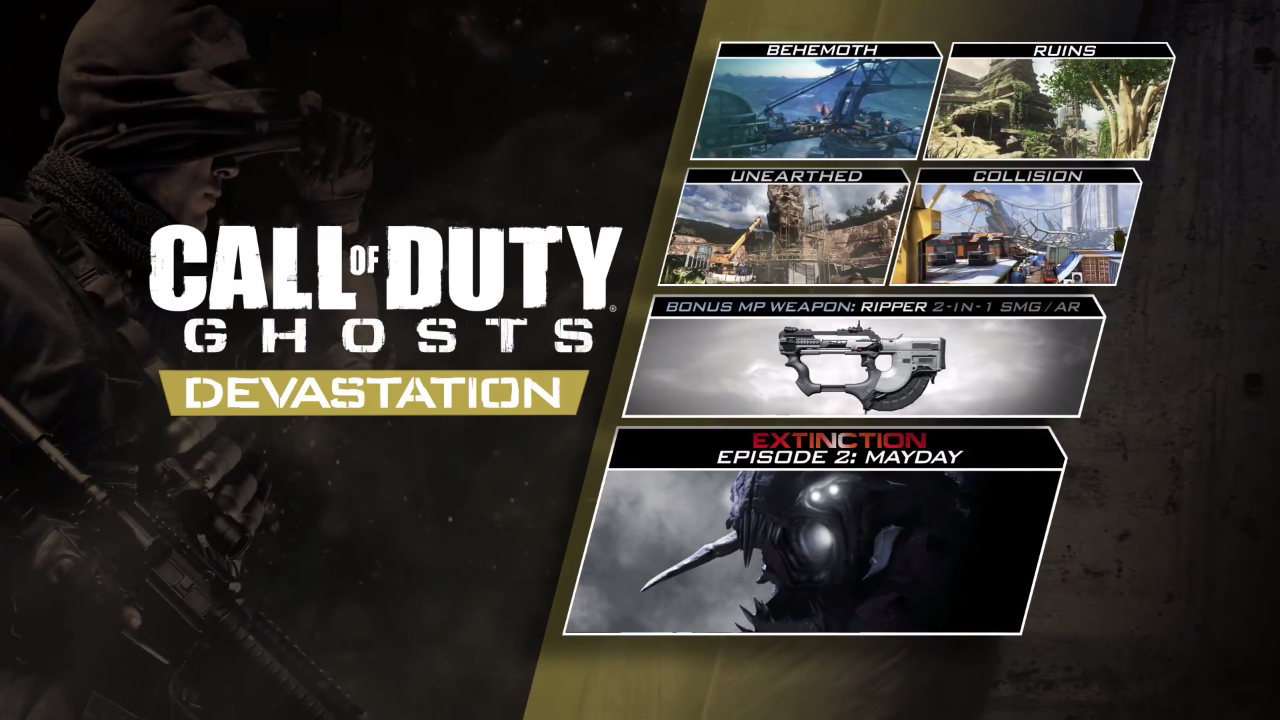 Call of Duty: Ghosts fans are in for some cool new content this April.

Get a first look at Devastation, the second DLC Pack available for Call of Duty®: Ghosts. Devastation brings four small to medium-sized Multiplayer maps: Ruins, Behemoth, Collision, and Unearthed — which is a re-imagined version of Dome, the fan-favorite map from Call of Duty®: Modern Warfare® 3.

Devastation also includes the “Ripper,” a brand new tactical 2-in-1 weapon with the unique ability to switch from SMG to AR and back on the fly, in the middle of combat. And as a special bonus for Call of Duty®: Ghosts DLC Season Pass holders on Xbox 360/Xbox One, the “Ripper” is available NOW for immediate use in-game! Other platform Season Pass Holders will also get early access to the “Ripper” with dates to be announced soon.

The Extinction saga picks up with Episode 2: Mayday. Following the events of Nightfall, players board an abandoned research vessel, in search of answers. Players will face two new alien foes – Seeders, and the 100ft tall “Kraken. New weapon mods and paths to explore come packed in this exciting chapter.

Devastation arrives first, exclusively on Xbox Live on April 3rd, with other platforms to follow.

The studio gave us our first tease of the new weapon yesterday, also showing off some of the new multiplayer maps. As the press release states, the Ripper is available to all Season Pass holders on the Xbox One and Xbox 360 today. 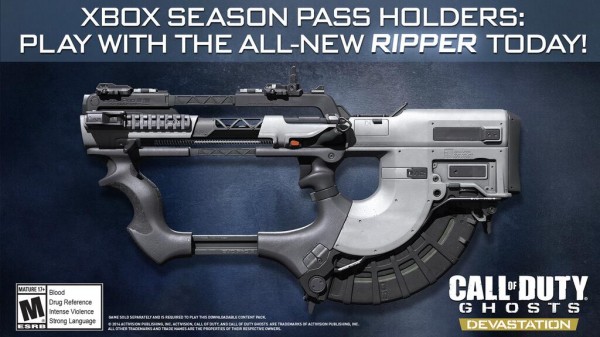 Non-season pass holders will be able to pick up Devastation for $14.99 on April 3.

Check out the video preview above and tell us what you think in the comments!

“We Haven’t Seen Any Damage” To The Battlefield Franchise, Says EA CFO