Injustice: Gods Among Us Season Pass Is Half Off For Today Only

Those who still own the “vanilla” version of Injustice: God Among Us on the Xbox 360 and have yet to pull the trigger on purchasing the season pass or any of the DLC characters, today is the day to do so.

The season pass for Injustice: God Among Us is seeing a one day Xbox Live sale today, December 30, as a part of Microsoft’s ‘Countdown to 2014’ sale, which will put the season pass at a 50% discount ($7.49 USD) for the next few hours. 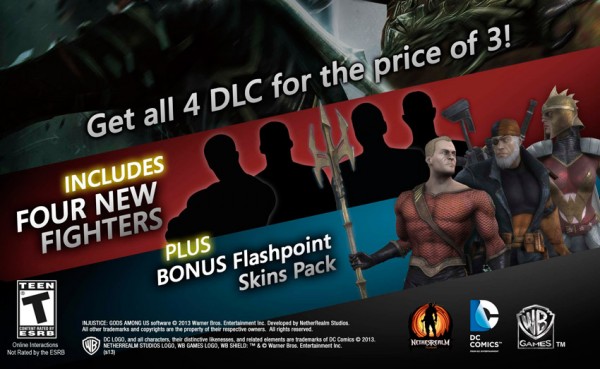 The pass includes the following content; Lobo, Batgirl, General Zod and Scorpion the ninja-spectre from the Mortal Kombat franchise as playable characters. It also includes three exclusive flashpoint skins for Aquaman, Deathstroke and Wonder Woman. However, it does not include the last two DLC characters; Martian Manhunter and Zatanna.

Either way, if you enjoy this fighting game, now might be a good time to check out its add-on content.