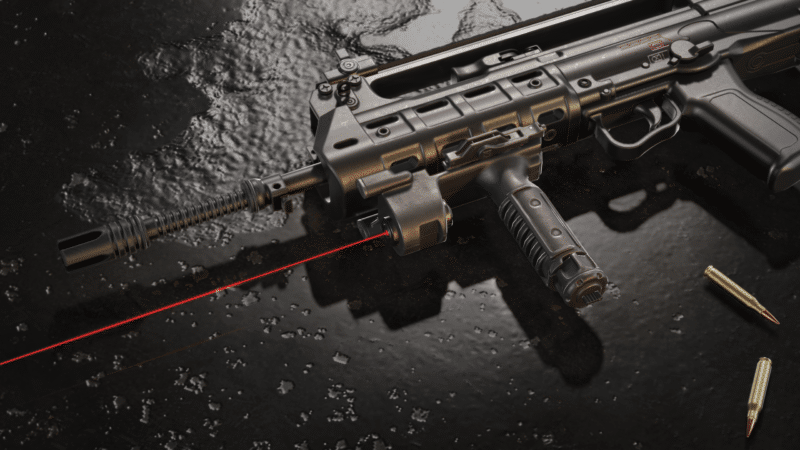 New World Interactive has released the Insurgency Sandstorm update 1.07 patch this December 8, and this one brings Operation: Warlord to consoles! Check out the full patch notes below.

We have plenty to share with you today, so thank you for joining us here in these release notes. We are really excited to be rolling this update (and hotfix) out today, and can’t wait to hear what you all think about it! This post is hefty so time to dive right in.

The crashing issues that some of you on console have been experiencing has been a serious concern for all of us on the Insurgency: Sandstorm team. We believe this update will address most of them. Because most of these are related to memory, an almost uncountable number of variables impact if a crash will occur. As such, while many of these crash fixes are addressed with this update – lots of optimisation has gone into the game over the past two months – we expect to continue working on this throughout 2022 as well.

The crash reports sent in to us through to console directly and also through our support team are really helpful, thank you!

Two worlds collide in Gap. A luxurious hotel and the neighbouring slums are a close-quarters battleground offering intense gameplay where any step could be your last. Tight alleyways, exposed rooftops, opulent hallways, and a gold-plated lobby are only a few of the spaces where confrontation will take place.

We have added a new Versus Mode called Ambush, a single-elimination scenario that was originally introduced in Insurgency (2014). Escort the VIP to the objective as the extracting team (Security), or hunt down and eliminate them as the ambushing team (Insurgents). Check out the Ambush preview video!

This mode is available on the maps below:

A new option to enable or disable VIP selection was added to the Settings Menu under “Allow VIP”. If you do not wish to be selected as the VIP then remember to uncheck this box!

Your first successful extraction in this game mode will grant you both of the new unlockable cosmetic sets: Sporty and Big Spender. Details on these cosmetics can be found below.

Operation: Warlord brings two new SMGs to the game: the P90 for Insurgents (5 supply points) and the Vector for Security (6 supply points). Both weapons support Optic, Barrel, and other upgrades, and offer unique iron sights. These specialist weapons are exclusive to the Advisor Class, and offer new and lethal ways to approach combat.

Operation: Warlord is all about Insurgents going into battle wearing their flashiest gear. They are confident, and they want the enemy to know it. Meanwhile, Security is made up of private contractors each sporting personalised equipment and looking to not be too conspicuous. They’re here to do their jobs.

The Sporty and Big Spender sets are unlocked for the player after their first successful extraction in the new game mode, Ambush.

Sporty – Gaudy and brash, this fighter chooses style over substance.

Two new hairstyles have been added to the Insurgents faction:

New DLC cosmetics are now available for purchase, they are included in the Year 2 pass for those of you who have that either standalone or via the Gold Edition. These cosmetic items can be combined with the others in-game.

Buying these helps us to continue work on Insurgency: Sandstorm post-launch, and we greatly appreciate the support! Here is a breakdown of each cosmetic.

We have revamped the look and usability of the loadout system. Below are some of the main changes that have been made:

We currently have 1,900+ issues that the team has categorised as bugs. Some are big, some are small, and unlike Goldilocks none of them are just right. What this means is that we can’t possibly include the entire list in these notes, so, below is a snapshot of the issues that have been brought to our attention more recently as well as some actively being worked on for the next update.

The following are the notes for the hotfix that is also available today on PlayStation and Xbox platforms.