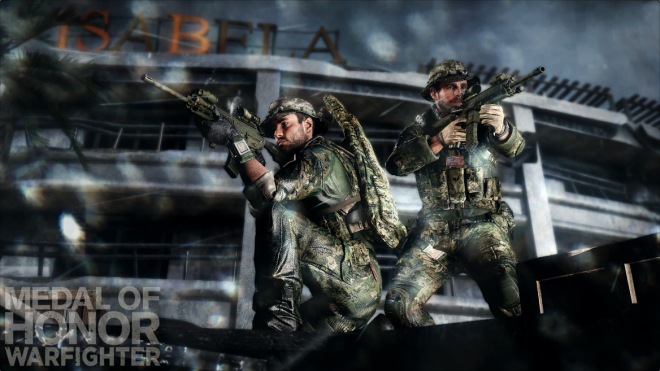 With the Medal of Honor: Warfighter Xbox 360 beta all under wraps, Danger Close studios is now only a week and a few days away from sharing their Frostbite 2-powered sequel to 2010’s Medal of Honor reboot with the rest of the world.

So, exactly what kind of feedback was received from the beta, how will these changes make it into the final build and what’s the game plan over at Danger Close with that deadline approaching fast?

We sit down with EA Global Product Manager Kevin O’Leary who’s been working with the Danger Close team to answer all these questions and more.

MP1st: What has been the most interesting pieces of feedback so far, good or bad?

Kevin O’Leary: I haven’t dug into the hardcore details yet. We’ve been watching more-like fan sentiment – “I’m liking it. I’m not.” We do see a lot of people – and this has been even before the beta – people love the international aspect of it because, right now, we have it limited so you can basically only play one of each international guy… so people are – they’re talking about them. The nationalities are kind of representing the classes as well, which, in the full game, they’re all interchangable, right? You can have any class with any unit. But right now, they’re like, “oh the Canadian is super cool. I love his ability.” So they’re kind of equating that Canadians have super powers. And then they’re talking about the Germans, like, “of course a German guy would carry a big gun.” – funny things like that. But the point is that people like the international flare. It’s like FIFA, in many ways. It’s way more fun when you can play as your favorite team. That’s really what it kind of boils down to. Same for shooters, you know? We’re giving you a chance to – if you’re Swedish, you can play as a Swedish SOG. It’s a cool piece of feedback. People are liking the map and mode and as well.

MP1st: The overhauled ranking system seems to be a big hit with everyone. There’s a lot of stuff to unlock here. At what point will a player have unlocked 100% of the content?

O’Leary: So, level 72 is where you will have everything given to you, but that’s as far as content goes. Learning about Battlelog and using it and seeing the depth, if you are kind of a completionist, write-off the rest of your life. There is so much depth. We have things called ‘tours,’ which is kind of like, as you play as a class, you do tours of duty, if you will. We also have weapon skins. You get a weapon pin for your gun and then that’s for every weapon. I think there’s upwards of 40+ guns in the game. The depth is huge. You have the Fire Team elements, so playing as a fire team with your buddy, testing them all out, seeing what works well for you guys. There’s just so much to it.

MP1st: The ranking system was somewhat lacking in Medal of Honor: 2010. Was it a major focus for the multiplayer this time around?

O’Leary: Yeah, I think there was a lot we learned from 2010. The offering was decent, but it was not the best it could have been. So, a bunch of things. We went to Frostbite 2 and it’s on both single player and multiplayer. Uniting the game under one engine is definitely a good starting point. Also, going back to the drawing board on what we wanted out of it. You know, we doubled the classes, went for 36, we opened up an exponential number of weaponry, customization. The ‘my gun’ tool is really really fun. You can go in there and see your gun real-time, mix the pieces together, see what it looks like. You get the stat bars and all that stuff. It was really just like a reset. And then the international aspect was what we felt like kind of gave it the edge it needed to sort of break out. And the new modes are needed and they’re fun and we like them a lot. 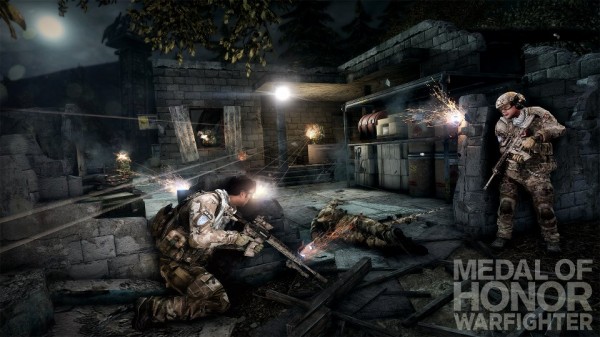 MP1st: At the moment, what are your top priorities when it comes to improvements and feedback gathered from the beta?

O’Leary: Like any good development team, they never want to ship the game cause there’s always more to work on. I think communication with the player’s is something we’re working on. Giving you better feedback from the game, like what’s happening on-screen. Support actions – did you get them? What to they do? Where’s your fire team buddy? Well he’s got the green glow. Great. That looks good. Things like that. Just making sure that its just really easy to get in, to play, to understand, to grasp the concept we have to offer you.

MP1st: How will these changes make it into the final product?

O’Leary: We’ll see what end ups getting in there at the final piece, but we don’t stop at day-one. We’ll definitely may do updates two weeks in or four weeks in or six weeks in or whatever it may be. We’ll make sure the updates that are needed or kind of demanded by players will make their way in.

MP1st: Regarding the Battlelog, which Danger Close has also adopted as an important part of the Medal of Honor: Warfighter experience, can gamers expect all the same features introduced by Battlefield 3, including things like stat-tracking, after-match reports and the ‘Matches’ feature?

O’Leary: You’ll be able to expect more actually. You’re going to get more out of it. Platoons are back and the clan structure so you can see, organize and customize your platoon. You can customize it more than before. We have a meta game in there as well. You’ll earn tokens to use in our meta game called Warfighter Nations. Then, when you redeem those tokens, there’s like a pride element to it, you can actually assign tokens to any of the 193 nations out there, but you also gain XP for redeeming those tokens. So, just extra rewards for playing outside of the game itself. But then I was mentioning things like weapon pins, tours – there’s a whole bunch of stuff that just really adds these extra layers to the Medal of Honor experience.

MP1st: You guys are approaching the deadline in only a weel and couple of days here. What is the overal feeling in the studio?

O’Leary: I think it’s ‘tired.’ We’re pushing to the end, and after that, it’s not like we’re done or all going on vacation. We have the Zero Dark Thirty map pack to work on which comes out in December. Those are really cool maps that are set in Pakistan. Making sure everything runs smooth through the launch. Everyone’s definitely excited that this offering is really strong and we think it’s a great improvement from 2010. We’re just excited to see what people think and see everyone playing on the 23rd.

Keep your sights on MP1st for all the latest on Medal of Honor: Warfighter, releasing this October 23rd on the Xbox, PS3 and PC. Remember, you can also follow us on Twitter and Facebook!