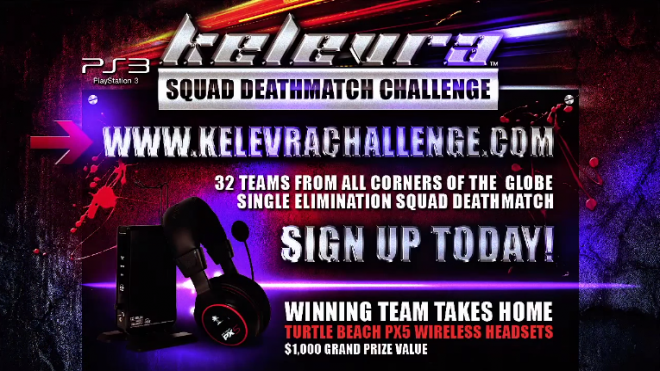 Hosted by FraggedNation, Battlefield 3 players on the PlayStation 3, 32 teams in total, will be able to form squads to test their might to have a chance at winning a pair of Turtle Beach Ear Force PX5 Wireless Headsets. Additionally, Gamermodz will be supplying 8 modded PS3 controllers for the 1st and 2nd place winners which will be customized to the winner’s preference. 2nd runner-up prizes include a free, 30-day PlayStation Plus membership. This brings the total prize package to a value of around $3,000!

The tournament is open to all PlayStation 3 players and is completely free. Just sign up on the official tournament webpage!

Not a PS3 player? No worries, Kelevra writes, “we will be expanding to PC and XBOX in subsequent challenges, so even if you cannot compete in this event, signing the mailing list will keep you notified of upcoming tournaments on your platform.”

Tournament dates, prizes and official rules are to  be announced in the coming weeks.